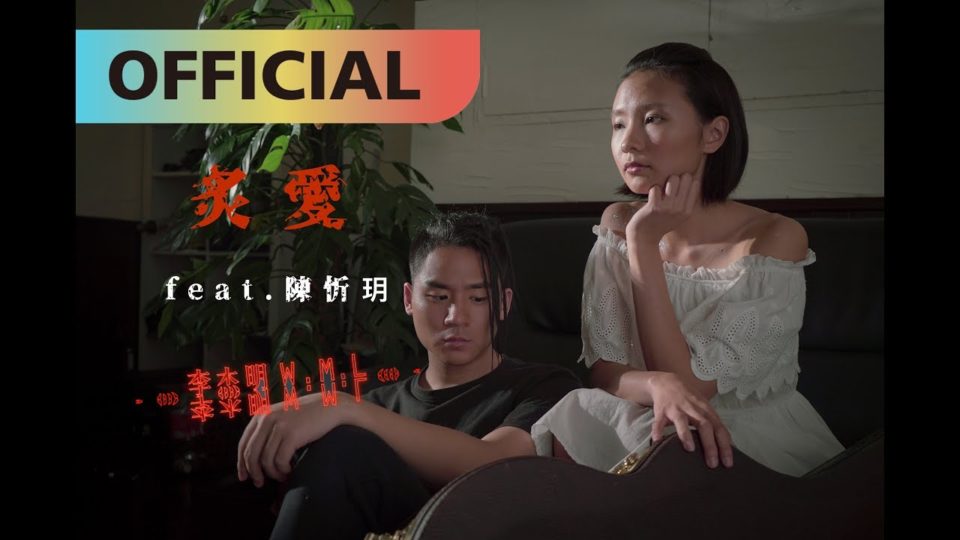 ​It is an “anti-Valentine” song that portrays a couple’s inability to walk away from thier relationship, despite knowing that they are not suitable for each other.  They remain together for underlying reasons; perhaps out of habit or the fear of being alone. The couple feels trapped but  does not have the courage to go their separate ways.Overall “Fiery Love” is an intense yet unique track that captures the imagination of its’ listeners, by flawlessly blending two very different musical styles together.

W.M.L is a hip-hop artist known for his intense upbeat rap style, meanwhile Chen is more recognized for her soothing vocals in the fresh folk realm of Mandopop music.  The deliberate pairing of these two conflicting images emphasizes on the story being showcased in the song.   For those unfamiliar, Vicky Chen is a new artist under Taiwan based record label; SKR Presents. She has gained some notoriety for her unique vocals with songs such as “Smokescreen” going viral.

He is known for his intensely-fast rapping abilities and is regarded as a rap genius by many. Some may know him from his other works including tracks such as “No Turning back” or a feature in R.Chord’s 謝和弦  “I’m Not Your Prince Charming.”

Links for the song can be found here: http://www.soundscape.net/a/2792