Interview with CantoMando – The Cool Kids of Chinese School

Almost every Asian kid who’s grown up in a Western country has some semblance of experience with ‘Chinese School’; an unappealing waste of any adolescent child’s weekend that could be better spent anywhere but in a classroom for six hours. In the two or three months I spent at Chinese school, the only word I remember learning was 不倒翁bu dao weng (a roly poly toy), a phrase which until today I have yet to put to good use. Other friends have endured years of Chinese school, coming out the other end to only remember how to say 你好ni hao (Hello). This collective experience, along with many other factors have cumulated in a collective understanding of learning Chinese as ‘uncool’, sparking a trend of media representations that normalize and render it widely acceptable for Asian diasporic youths to overlook their cultural heritage.
​
There is absolutely nothing wrong with Asian diasporic youths not being able to speak Chinese per se, as individuals are diverse and unique. But conversely, the lack thereof of representations which encourage a return to ones’ roots may be harmful to those who find an understanding of their native languages and traditions helpful in their search for identity and meaning. In a previous interview with Korean-American singer-songwriter Big Phony, he put it most aptly when he spoke of how learning Korean helped him to work through many of his own personal issues:

“For me, learning Korean helped me sort out some issues in my life I didn’t even know I really had.  Although, I have Asian American friends that don’t speak their native languages and they seem to be doing just fine.  I had all sorts of personal problems before moving to Seoul.  Learning Korean was positive for me but I can’t really say for others.  If you feel it might help you in some way, I say explore it.”

But getting back to the topic at hand, it’s about time someone championed a new breed of content that encourages language and cultural exchange in an easily accessible manner for Asian Americans, Canadians, Australians and more. Despite YouTube and new media being widely hailed as safe spaces for Asian diasporic communities to come together and thrive, the content of Wongfu, Ryan Higa, David Choi and more often fail to touch on the importance of native languages and the influence of Eastern tradition on their lives and their content. But it seems that the task has fallen to a group of guys from Toronto going by the name of CantoMando who are passionate about sharing their Asian diasporic experiences and native language skills with the rest of the internet.

A YouTube and new media platform that was created in 2016, CantoMando was founded by Toronto-based university student Sheldon Ho for teaching Asian Canadian/American/Australian youth Mandarin or Cantonese in a relatable manner. Today, joined by close friends Mike Wu and Edward Leung, CantoMando’s content has evolved into relatable skits featuring everyday situations (my favourite being Shit That Happens At Chinese School) and long-form content that creatively tests the three amiable guys’ somewhat limited Mandarin and Cantonese skills (see their 2x Korean Nuclear Spicy Noodle Translation Challenge). Although onscreen it seems like it’s all fun and games, Ho reveals that there has always been a game plan involved – to make learning Chinese and Eastern culture cool for other Asian youth like themselves.

“Our goal was to teach Mandarin initially… so when we went to skits and comedy, we wanted to bring that whole theme of Chinese language, Cantonese/Mandarin into our videos and skits, and kind of show Asian Americans, Asian Canadians the Chinese language. Because over here a lot of people think it’s not cool and I used to think that Mandarin was so stupid sounding, same with Cantonese, I used to hate hearing it all the time. So it was kind of just to show that (our language is) something to be proud of and something you should embrace.”
​
It was also interesting to see how the three guys came to discover their passion for understanding Eastern culture and language in various different ways (hint: NOT through Chinese school). Sheldon rekindled his passion for the language due to a culture shock (when he was young he thought Cantonese was a majority language in the world, before realizing a large majority of Asians speak Chinese while in University), while it took Mike a trip back to China to gain a sense of home and belonging. Edward found his passion through a genuine interest in different cultures and languages.

Their initial interest in learning Mandarin was further buoyed not through textbooks and late nights studying, but through pop culture.

“Sheldon: Pop culture, yeah I think it’s extremely helpful. I started off just absorbing material …and it was so boring and so dry. Whereas when you actually get to listen to people talk, you watch movies, you watch TV shows, you actually get to immerse yourself in something and I feel like with any language or anything, you need to immerse yourself in that culture.
​
Edward: I think when you learn a language you’re not just learning how to speak, how to communicate with this language, you’re learning a whole culture-I feel like you don’t really get to know someone until you really speak their language because you learn the whole culture behind it as well.”

All three agreed that music was the most relatable way for them to immerse themselves in Eastern culture, citing favourite tracks from Wang Leehom, Jay Chou, Khalil Fong, Mayday and more. (See full playlist below)

But aside from learning the language, Sheldon, Mike and Edward had always been keenly aware of issues surrounding racism and representation; constantly finding ways to educate and promote multicultural harmony through their growing influence.

“Edward: Personally we’ve been through these racist moments and stuff, and we’ve always talked about how we feel about it versus how our reactions are towards it and how the general Asian population reacts to it as well… Overall we’ve always had this goal to bring Cantomando to a point where we can make impactful statements and help Asian people in ways that are just beyond comedy.

Mike: But as for now, in terms of growing, and getting ourselves out there, one of the things we want to do is to focus on relatability and have people see the experiences we all go through, and kind of have the ability to laugh at it.”

Throughout the interview, all three of them emphasised that a shift towards a focus on more meaningful topics and content was on the cards for their channel as they set their sights on helping not only wider audiences but future generations of content creators to embrace their cultural identity positively:

“Mike: We’re in the business right now of building a network, a channel where people can come and have asian content…not only in the sense of -like one of the things we talked about before was ‘oh how can we not do shitty Chinese accents’- but rather really use Chinese and implement it in our stuff…, that’s something that we all really believe in. And so I think the long term thing is to create a network where we can help other people who want to create content as well, wanna influence in the sphere and help them go through a bigger brand and a bigger network.”

Edward: We want to be able to bring up issues that we experience in our everyday lives and become a platform for other people -other Asian Americans and Asian Australians, Asian Diaspora around the world to bring up their issues, but in a positive light so not just like issues, ‘this is what happened to me’ and then everyone in the comments section would be like ‘oh my god i hate it when that happens to me’, I want it to be like, I’ll bring this up and then all of our viewers laugh at it, learn to own it, and then just be able to inspire them to see beyond things that are negative.”

From my brief chat with the CantoMando guys, it was clear that while they were clearly all on the same page, all three of them had different insights which complemented one another. This was most obvious when I asked them about the most rewarding experiences they had had while being part of the Canto Mando team:

“Mike: So one of the rewarding experiences that we had was actually today, when Sheldon came over and showed us the newspaper that we have the physical copy of where we got interviewed by South China Morning Post…I think that was probably one of the most gratifying moments recently.

Edward: For me, the most gratifying moment was when we actually posted about racism and stuff like that. It’s really nice to see that we have influence over a certain amount of people, we can actually spread our message that we want to share. And it’s really nice to see people embracing how we look at both sides of the issue, we try to go about it in an unbiased way even though we are Asian, so I think it’s always great to see the results, that we have some influence and we have a voice.

Sheldon’s bottomless passion for sharing his experience with Chinese culture and language latches onto an important aspect of culture all can relate to, while Mike’s emphasis on relatability and humour continues to keep their content entertaining and widely visible. And Edward’s hope for their content to create positive and healthy social change ties everything together by emphasizing the bigger picture, keeping their content sustainable and meaningful. Through their emphasis on racial harmony, relatability and Asian culture, these guys are pioneering representation for a subgroup of Asian diasporic communities that has always existed, yet often gone unmentioned. Funny and warm, these cool kids are bringing Asian diasporic communities a refreshing sense of belonging that is founded not on hate or blame, but on unity and a true acceptance of ones’ heritage. Who knew learning Chinese could be so cool? 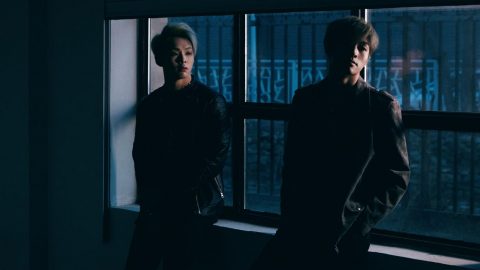