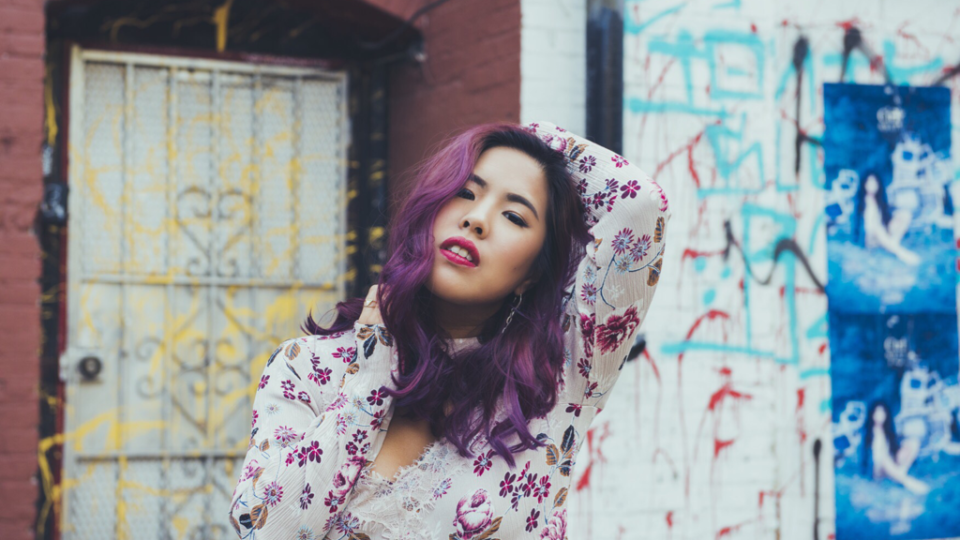 One of my best childhood memories while living in Singapore was watching the very first season of ‘Singapore Idol’, a spin-off of the then-wildly popular American reality singing series. Every episode, we would tune in and I would root for my favourite contestant Daphne Khoo. I was particularly enamoured with her rendition of Des’ree’s ‘You Gotta Be’, significantly marking my first forage into pop territory and the R&B genre.

I’m not sure if it was because of her sweet personality, or the fact that she was one of few female artists amidst a male-dominated batch, but I had all the faith that she would go somewhere with that voice. Although I’m sure Daphne wouldn’t like to be defined solely by her performance in a show that aired over a decade ago, it seems that I wasn’t too far off the mark about her career trajectory, which has consistently gone from strength to strength since her debut in 2008.

Khoo has gone on to become a critically acclaimed singer-songwriter in the Singaporean and the western music scene, dabbling in a wide range of genres while keeping things consistent with the addition of her sweet, soulful vocals and empowering lyrics. Re-debuting last year under the moniker of Haneri, the talented all-rounder is making her mark in a unique way, simultaneously paving the path for local creatives to take their collaborations to a more global level, while establishing her own unique, upbeat sound. While promoting her new single ‘Real Love’, we took the opportunity to speak with her about working through this shift, and her intriguing creative philosophy.

Q: We know we’re a little late to the game, but you were formerly known as Singaporean singer-songwriter Daphne Khoo. Why the name change?
A: You’re not late to the game at all! I’ve been putting out music as Daphne Khoo for over 10 years and became Haneri last May so you’re right on time ☺ The name change was a huge thing for me because I felt like I was finally not too scared to put out music that I wanted to put out. Write and release music that meant something to me that I was incredibly proud of after being influenced and inspired by my travels and my time in the States.

Q: We understand that the new alias has also brought about a chance for you to explore new genres. Why do you think it’s important for you to explore these genres specifically?
A: I love music. I can find something to love in pretty much any genre. As a songwriter and a featured artist I think it’s important that I’m open to working with any collaborator and with anyone who wants to make music with me. That being said it definitely took a long time for me to narrow down how to find an authentically “Haneri” sound and make sure I try to incorporate that into my features but I think it was important to do to make sure that people recognized my voice as much as possible.

Q: You’ve done very well for yourself since setting your sights on the LA scene. How is it different to being based in Singapore and how did you get the opportunity to make the jump?
A: I had spent a long time wanting to make the jump and had been saving up even though I wasn’t ever sure if moving there was going to ever be a reality. I’ve been really lucky to have worked with such amazing people and been given the opportunities I have but I’m hoping for more in the months and years to come. I still have so much more music to make!
Being based in Singapore is always the most comfortable for me because my entire family is here and I miss them when I’m away but I definitely miss out on opportunities to make music with some insane movers and shakers in the music industry that I’ve had the chance to meet while living in the states. Those are the two biggest differences. My family and opportunities.

Q: You’ve mentioned before that you’ve always been really interested in bridging the gap between the LA and Singapore music scenes. How do you hope to achieve this?
A: I’ve been meeting incredible producers and songwriters as well as artists in the states and I’ve always tried to stay in the know with music makers and artists in Singapore as well. Understanding genres and work flows and matching them up is what I’m hoping to do since I’ve decided to move back to Singapore next July. (Yup! You guys heard it first shhhhh!)

Q: We focus a lot on Mandarin pop in particular, so we just had to ask-what’s your understanding of the scene and would you be interested in collaborations with Mandarin artists?
A: I’m hoping so badly to work with some Mandarin pop artist in 2019. It’s definitely been a huge dream of mine to write with the likes of A-mei, Stef Sun, Tanya Chua and the list goes on. I’ve looked up to these ladies my entire life. That being said I would love to work with up and coming as well as new artists because there’s nothing more exciting then building an artist’s sound and making it legendary! I was really lucky to work with Kehlani on her collab with Tia Ray on the chinese version of “Just My Luck” and that is definitely something I want to do more of as well.

Q: Haneri is known for upbeat, summery electronic pop tracks, and your upcoming single Real Love is a little different, more R&B and sugary sweet. Why you chose to produce this song this way?
A: I think there are upbeat elements to Real Love still but I wanted it to be a little more chill and romantic because of how my little puppy is and I guess it’s my interpretation of ‘puppy love’. A lot of my acoustic music is so slow I wanted to slow the pace a little for my little love song ☺ .

Q: One of your past singles ‘Burning Up’ is about abuse in relationships. Do you think you will continue to delve into these rawer topics in your future works?
A: Most certainly. I think the era of keeping quiet when you’re in pain or being ashamed of your fears has thankfully passed and there is a sense of urgency to make our voices heard.

Q: Would you be able to share some of your musical influences that have shaped Haneri?
A: Jackson 5, Michael Jackson, Stevie Wonder, Ella Fitzgerald, Boa, DNCE, Calvin Harris, The 1975, my songwriting has always been heavily influenced by these bands/artists as well as Sara Bareilles, Michelle Branch, Tanya Chua, Coldplay, Incubus, Train… so many more!

Q: You’ve released a couple tracks so far and featured on a couple of high profile collaborations with the likes of Dash Berlin and Kuizz. What’s next on the cards for you?
A: I’m hoping to be doing a lot more collaborations as I’ve been focusing on songwriting for the past year and a half. I’ve got another sick feature coming out with DASCO soon, can’t tell you when exactly right now but stay tuned!

Sweet, bubbly and charming, Haneri’s uplifting brand of pop aligns seamlessly with her personality. While many see the Singaporean music scene as small and restrictive, Khoo’s debut as Haneri certainly proves otherwise. With experience fostering international collaborations both in front and behind the scenes and an intrinsic understanding of how to bridge cultural gaps under her belt, Haneri traverses the gap between eastern and western culture effortlessly, opening up new possibilities for creative collaboration and innovation through her music. It is not easy to have your music equally appreciated by audiences in various different regions, but this is something I truly believe Haneri is on her way to achieving; in other words building a truly region-free audience for her optimistic and heartening works.

Listen to Haneri’s Choice Picks below: