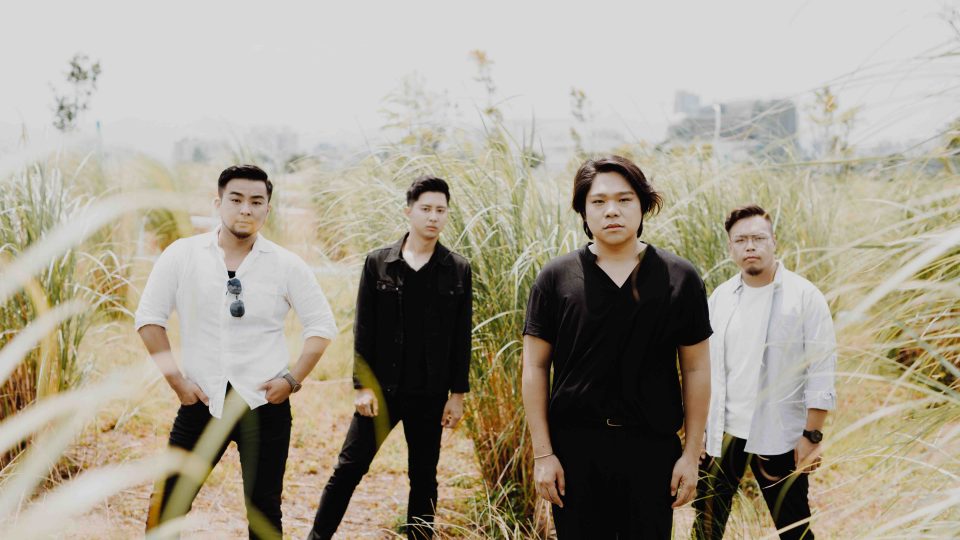 Introducing our new format ‘Liner Notes‘, where we dig deep with artists and creatives about the meaning behind their song lyrics; dredging up the subcultures and backstories that exist straight from the source. Many of the artists featured are more than just creators; they are bridges that have the ability and willingness to share their culture across languages. So lend them a listening ear, and you just might gain more than just a new song recommendation.

Liao Hsueh-Min 廖學民 is the frontman of Taiwanese rock band Downwind Daylight 等阮返來. But on top of that, he is also a behind-the-scenes member of the indie music scene, and a PhD candidate at the National Cheng Kung University, where he focuses on researching the cultural and industrial aspects of the indie music scene in Taiwan. Singing in his native Minnan dialect on the songs that he writes with the band, Liao shares that much of their music is inspired by the environment they grew up in, and the society they currently exist in.

He described the band’s single “The Youth” as echoing the voice of misunderstood youths in Taiwan, and in fact was inspired by a childhood playmate of his while growing up in Taichung.

“This song is actually about my one of my childhood playmate, a teenager who lived in the same alley with me when I was like, 8 or 9 years old. Since he was older than most of the kids in the neighbourhood, he became the Al Pacino among us and carried the sense of local mafia and gangsters. He was like super cool, especially to a little kid like me. But I grew up in a rather conservative regime and era, where most of the people viewed that teenage-Al-Pacino as a NO, and even blamed him for bringing bad influences to the neighbourhood. Yet, to me, he was just a potential young kid who needs a chance to be understood.”

As he further unpacked the song, Liao shared that his favourite line was in fact one commonly uttered during his childhood by elders; a mantra that cut rebellious kids such as his childhood friend down to size.

“I really love the lines of the chorus, of which it says “少年仔毋捌代誌，少年仔講話鐵齒，少年仔褲底沒錢，少年仔欲去佗位 (The youth are thoughtless and stubborn, the youth are broke and aimless )”…these words are pretty much what people said about the teenage-Al-Pacino back in the old days, so the scenes of my childhood memory would appear in my head every time I sing this song.”

Given that written Minnan is largely lost outside of Taiwan, Liao’s translations and insights give us unique insight into the Taiwan that he grew up in; zeroing in on those moments that many Taiwanese youth can intimately relate to; yet often go lost in translation. Read on for Liao’s translation of the song, and his glossary list down below!

古早古早有一個少年仔1他的名叫阿達仔， Once upon a time, there was a young fellow called Adala.

真袂扭掠2、愛綴朋友黑白嚾3， He stumbled all the time yet love to mingle around with his gang.

住佇隔壁的厝邊仔都講他是屁塞仔4， All the neighbors say that he was just a bluffer

講話奢颺5、他袂輸佇扮電影。 Because he was being cocky as if he was starring a movie.

古早古早有一個少年仔他的名叫阿達仔 Once upon a time, there was a young fellow called Adala.

做人荏爛6、逐工攏四界野跤。He was a hooligan who fooling around all day.

但是他若有機會，他要佮人去台北7，However, he would seize his chances to go to Taipei

好好打拼，儉樓仔厝予爸母住。 To earn money and houses for his parents.

少年仔毋捌代誌，少年仔講話鐵齒8， The youth are thoughtless and stubborn

少年仔褲底沒錢，少年仔欲去佗位， The youth are broke and aimless

少年仔不分是非，少年仔做人曲敧9， The youth are confused and cranky

2 扭掠（liú-lia̍h）：People who moves fast and smooth

4 屁塞仔（phuì-that-á）：A bluffer. This word particularly describes someone with a slight figure yet acts cocky.

7 台北（Tâi-pak）：Taipei, the capital of Taiwan

8 鐵齒（thih-khí）：this word means “iron teeth”, it describes people who are stubborn and stiff-necked, and it sometimes related to superstitious matters.

9 曲敧（khiau-khi）：This word originally describes the curves of the elbows and knuckles, and now it describes a person with cranky attitude.