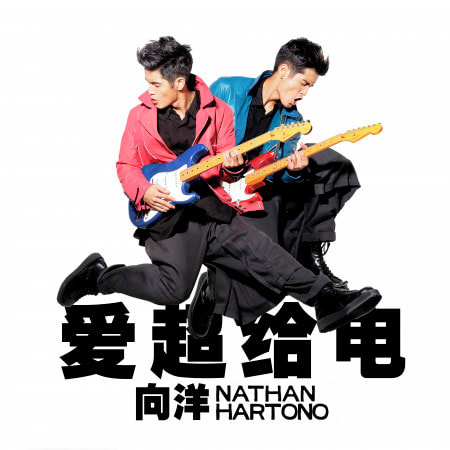 ​Since placing as runner up in the debut season of Sing! China (中國新歌聲), the Mandopop world has been waiting patiently for Singaporean native Nathan Hartono (向洋) to introduce his mandarin language music to the world, and after two years the wait is finally over.

His first foray into Mandopop, Electric Love (愛超給電) is a recharged version of his 2016 English track Electricity. Whilst the original had a laid-back folksy charm, this new version see’s Nathan amp up the energy. The electric guitar which he vies with for primacy throughout the track perks the listeners interest from the very beginning, and elevates the original from background music to a masterclass in guitar-driven pop. The song is effervescent and joyful, hooking us from the beginning all the way into the anthemic chorus.

His occasional husky vocals are a real treat, and a reminder of his past work in the Jazz genre. Electric Love shows us Nathan is able to convincingly and easily slide across musical styles, something not necessarily achievable by his peers, and is proof of his capabilities both as a vocalist and performer.

One of the greatest features of the song is how confident Nathan sounds, and this sense of self-assurance further sells the track to the listener. When he tells us to “come on over here”, he is convincing, and it shows just how much he has grown since Chinese television introduced him to the mainstream.

Whilst fans may have been perplexed at him not striking whilst the iron was hot, it seems that the wait was somewhat intentional. Rather than rush a release, Nathan wanted to ensure that he had a good work environment set in place outside of Singapore, and it seems that his time outside of the city state has inspired him to embrace pop music. Alongside this, the quality of his work is important to him, and he didn’t feel rush-releasing any music would be beneficial as it may impact on the quality of his output.

Electric Love is the first track from his debut Mandarin language EP due later in the year. Alongside yet more Mandarin renditions of his English tracks, he promises that it will include completely new songs, on which he has collaborated with new lyricists and producers.To celebrate Nathan’s arrival to Mandopop, his debut track has two completely different videos. The first video see’s Nathan give the viewer a private performance, with him and his guitar zipping around an empty entertainment plaza. Whilst this has the potential to be somewhat boring and forgettable, Nathan’s confidence and star power shines through, make it a captivating watch.

The second video, my personal favourite, shows us Nathan operating to the full extent of his pop star capabilities, serving the viewer dance routines, costume changes, and joyful interactions with historically based living art (and also a really terrifying pig). Rather than drown in the sea of action, he rises to the top and easily commands the focus of attention.

Nathan Hartono has the potential to be a brilliant pop star, and in the future could see his name chalked up alongside legends such as Stefanie Sun and JJ Lin as top tier Singaporean pop exports. For now, this is a great first step.