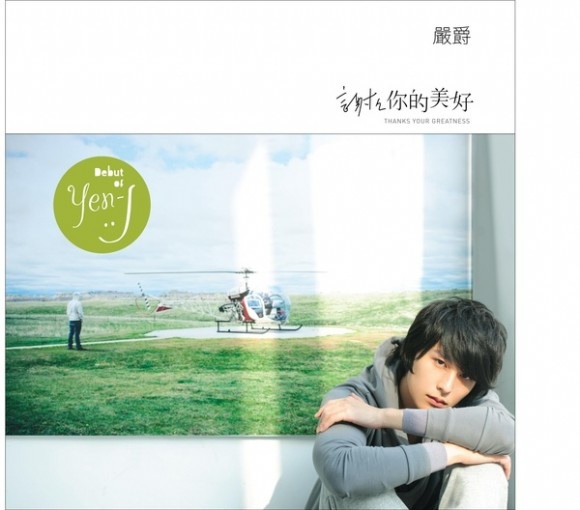 Album Name: Thanks for your Greatness 謝謝你的美好

YEN J 嚴爵, is a debuting artist who has been applauded by WANG LEE HOM 王力宏 and Xiao S, as well as many other artists and celebrities in the Taiwanese music scene. His debut album, <謝謝你的美好 Thanks For Your Greatness> contains 11 songs, which are all written and composed by him, as well as produced by him.  He has been named as a “音樂才子” by the press and the entertainment industry, due to his musical abilities and his ability to play the piano, the guitar, the drums, trombone and other instruments among those. His new  debut album contains many jazz-pop tracks, with elements of hip hop and rap elements. <謝謝你的美好 Thanks For Your Greatness> was popular, as well as the upbeat <愛就是咖哩 Love is Curry>, and also the EP single, the quirky <困在台北 Trapped In Taipei>. In his album, included is a description of each song, the atmosphere of it and how it was created, to let the listener have a better understanding of each song.