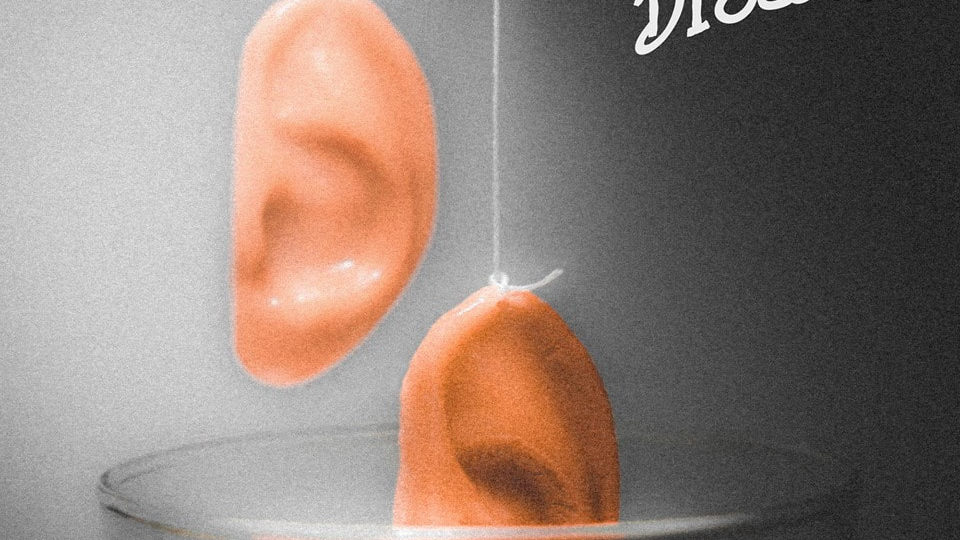 Touting a refreshingly vintage-yet-progressive fusion of Jazz/Funk/R&B music that seamlessly intertwines English and Mandarin, new band YELLOW’s arrival onto the scene marks a new, exciting chapter in the Mandarin music scene. Releasing their debut EP ‘Urban Disease都市病’ in late 2018, it was only until earlier this year that I discovered their music through the web. Clicking in to a BLOW! Music post on the band simply because their band name was also my favourite colour, the three-song EP had me flabbergasted at the smooth, dynamic quality of their sound, and kicking myself for not having discovered them earlier.

Made up of a selection of seasoned session musicians who have certainly done their rounds within the Taiwanese pop and indie music scenes (Hsuan Huang (Composer, Vocals), Marcus Tsao (Bass), Devlin Chen (Drums), Tim Lin (Guitar) and CJ Wu (Keyboard)); YELLOW’s EP ‘Urban Disease都市病’ is short and sweet; yet packed full of vibrant, enticing, dynamic notes of Jazz, Funk and R&B which get your heart racing without requiring you to even leave your seat. Or actually, even your headspace really. Kind of like a silent disco.Aptly named ‘Urban Disease’, this three-song project weaves together exquisite perspectives on the internal ongoings of cosmopolitan city slickers; so used to the hustle and bustle of life that it in itself becomes an affliction. Not only do the band do this through clever and well-penned bilingual lyrics – the listening experience for all its funky rhythms and clever twists is mostly intrinsic and introverted, bringing the musical concept to a whole ‘nother level.

​Steering clear of outgoing, foot-tapping rhythms and instead choosing to curate a low-lying selection of musical elements, my brain was going into overdrive just processing all the wires this album was simultaneously firing to perfectly execute their concept in unconventional ways.

Unabashed about borrowing from western genres and influences, the EP is uncompromising in its experimentation of the Jazz, Funk and R&B genres. Which is basically what makes the listening experience so gosh darn interesting.

Starting off with their first track ‘Mr. Sheepskin羊皮先生’, low-lying bass and beats fused with tinny, modern sound effects sets the scene, steady as a heartbeat whilst vocalist Hsuan Huang slowly but surely uses his versatile vocals to turn up the heat. From the low, almost sultry verses to the crooning that goes on in the chorus; Huang draws you in like a slowly ravaging disease, keeping you on the line till you’ve gone to the point of no return. At that point, his vocals vanish as fast as they appeared, leaving you alone with your own thoughts as the rhythmic bass and beats fade out, replaced by eerie Jazz improvisations on the keys and static.

Second track ‘Meniere’s Buzzing’ refers to Meniere’s disease which causes a buzzing sound to be constantly present in one’s ear. With a slick arrangement at times punctuated by a chaotic electronic interlude to mimic the buzzing, the song’s fullness leaves no headspace to ponder or multitask; directing all your focus to this consistent affliction. Huang’s vocal stylings are perfect on this track as he experiments with vocal improvisations and backing vocals which are inescapable like the disease’s symptoms.

The last track on the EP ‘BKD Club 不開燈俱樂部’ is the most upbeat, kicking into first gear the moment the track starts with urgent, clever percussion led on by Huang’s even more hurried hummings and high-frequency synth sounds that filter in and out of earshot. Fast and furious but always clever, this song’s logic moves a mile a minute, seamlessly but almost neurotically shifting first from rapidfire monotone melodies to jazzy, bright, almost satirical lines.

​The most jazz-influenced track on the album, halfway through the song dubstep beats switch things up a bit and showcase yet another spark of ingenuity from the band. At times textured and low and at others screechingly high, Huang’s vocals are again a highlight of this track, raising the song to its fever pitch before the melody descends into static before being replaced by the familiar (and irritating) ring of an iPhone alarm which jolts you awake. Luminescent, textured guitar riffs and calm jazzy improvisations on the keys play them band out as they leave you once again alone to your thoughts after this musical experience.

Clever and playing ambitiously with the nuanced dynamics that lie between the light and the dark within this EP, you’ve never heard a debut EP like this one. Or at least, I haven’t. Heading straight for smart satire and an ever-so-thoughtful set of arrangements, everything fits together to perfectly encapsulate the concept of urban diseases and to create a poignant and striking snapshot of our society today in just three songs. Primed for optimal listening pleasure, I’ve listened time and again yet am still finding Easter eggs in their high quality production which keep me coming back for more. I’m addicted!