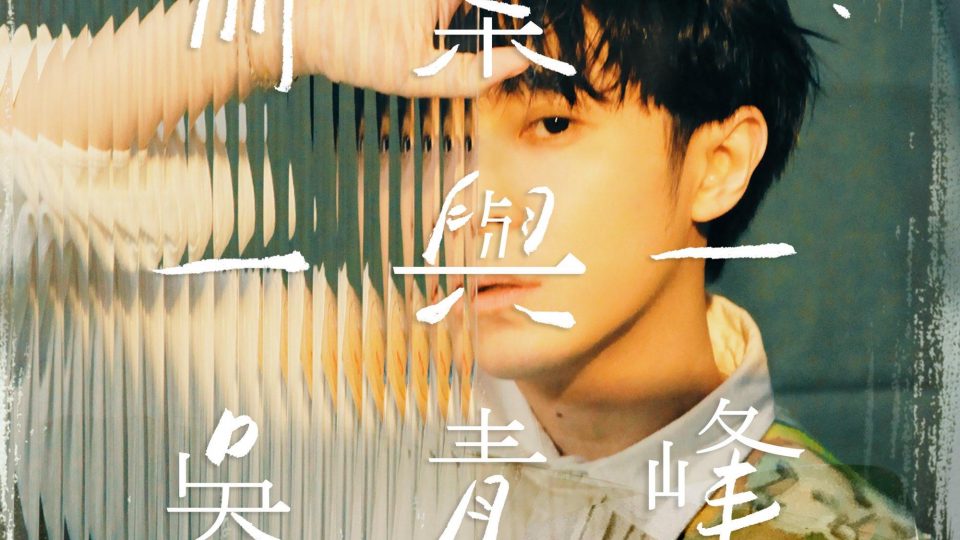 In a way, the solo career of industry veteran and Oaeen 魚丁糸 lead vocalist Wu Qing-feng 吳青峰 is the equivalent of waiting for a bus. Just as one might often wait a long time for a bus only for two to appear in quick succession, fans had to wait an arduous fourteen years for him to take a break from being Sodagreen 蘇打綠 frontman to release  Spaceman 太空人, winning Best Mandarin Male Artist at the 31st Golden Melody Awards in the process. To our surprise, just one year later he is offering his second solo record for the world to hear.

Not your typical sophomore record, Chapter One: 1 & 1 冊葉一：一與一 is a sprawling, two-sided, sixteen track affair exploring Wu’s seemingly unlimited creativity. Side one is comprised of Wu’s musical compositions for others,  featuring songs original found not just in Mandopop albums and film soundtracks, but also in stage productions, with lyrics provided by playwrights and contemporary poets such as Hsia Yu 夏宇 and Yen-ling Hsu 徐堰鈴. Side two meanwhile is dedicated to his lyrical creations, originally performed by some of Mandopop’s most beloved and successful singers. There is a running concept throughout the record, with side one representing the unlimited musical ocean, and side two the humanity of the written land.

Side one opener “Ms Pheromone 費洛蒙小姐” is a dramatic adventure entirely of its own, significant as the record’s opening number as it was the first time Wu had ever composed lyrics for someone else. Originally featured in the 2004 LGBT-focused theatre production Skin Touching 踏青去, the song is a musical epic separated into five distinct parts, interspersed with clips from the original stage show. Incorporating styles as wide-ranging as jazz, metal and pop-rock, Wu sings about sympathy and understanding for those invisible, hiding in the closet. From the same play, following track “I Will I Will 我會我會” is somewhat of a palette cleanser, with the heavily vocoder-ed a-cappella a nod to the stylings of Imogen Heap, and in direct contrast to the choir-driven original.

Although it’s difficult to choose a highlight among the tracks, “Alzheimers 阿茲海默” is a standout. Wu’s composition not only captures the sorrow and heartbreak of such the disease, but also the concurrent joy and pain of fleeting memories. A sudden crash into 70s psychedelic rock captures the essence of anger triggered by not being able to remember the people that you love. Whilst the original by Wan Fang 萬芳 captures exhaustion and suffering, Wu’s version instead feels like an eruption and release of pain. Employing his falsetto to striking effect, it’s impossible to not feel moved.

It’s not just on such complex works that Wu’s capability as a composer is on display. “The Hardest Thing of All is Meeting You 最難的是相遇” is a delicate number, with stripped-back production. The perfect accompaniment to Hsia Yu’s poetic lyrics, it captures the sentiment of rocking slowly on the sea at night, and the metaphor of remoteness at sea with finding someone to love. “Softly Softly 柔軟” likewise is a homage to Taiwanese love songs of the late 90s, and captures that sonically whilst remaining contemporary.

Ethereal side two opener “Sea of Tranquility 寧靜海” is the ideal transitional piece to introduce us to the side of the record showing off Wu’s written works. Named after low-lying terrain on the moon’s surface, the arrangement incorporates ocean tides, underwater environmental recordings, and even morse code (translating to “thank you for finding me”), and lyrically incorporates related imagery. There is a seamless transition into “Waiting 等”, which captures the essence of young love. Where the 2008 original by Yuan Quan 袁泉 is breezy and cheerful, Wu’s version feels almost bittersweet, as if he is longing for the past.

One of the most interesting and subversive numbers on side two is “Fantasy 迷幻”. Originally sung by Jolin Tsai 蔡依林, Wu makes this song his own by stripping away the ethereal synths and pulsating dance beat, instead employing acoustic guitar and drums to give the song a more animalistic and tribal feeling. Lyrically the song looks at how the courage to pursue the essence of love is the truest fantasy, and won Jolin acclaim for her support of the LGBT community. Wu’s passionate delivery of his poetic words adds a new layer of significance to the song, and the play around with gender and sexuality is significant.

“Bit by Bit 一點點” is another highlight. Another song influenced by psychedelic rock, Wu uses cicadas as a metaphor for human life: As the insect is nurtured underneath the ground, so are we by our comfort zone. Electric guitar and drums represent the screams of restlessness felt by the mundanity of life. As the song continues to gather pace, Wu’s lyrics describe the feeling that although the outside world is frightening, we can’t go backwards in time. Instead we must continue our journey in life.

Originally performed by Rainie Yang 楊丞琳, “Murmur of the Tree Rings 年輪說” is a simple piano ballad, comparing the life of people to the rings found within a tree. Again sadness and lonliness permeates through the lyrics. In contrast to this sadness, dream-pop closing track “Aurora” celebrates the beauty of life, both the mundane and the extraordinary.

Although Chapter One: 1 & 1 is home to works that span over fourteen years, it feels fresh and new; indeed like an entirely new album. The songs are not bound by their original versions, and instead thrive through being explored and performed in different and exciting ways. Not once whilst listening to the album do commercial sensibilities override artistic merit and experimentation. The record also poses interesting questions on gender and sexuality: How Wu uses his voice to explore and enunciate the emotional platitudes in his songs is quite different from typical male artists, perhaps why many of the songs here were originally performed by women. On one hand, it’s a celebration of female artistry, and a testament to Wu’s versatility as a performer. On the other, Wu’s take on certain songs give them a feeling of fluidity that wasn’t previously palpable, turning them from songs of ally-ship into songs of self-appreciation and pride.

Critically speaking, there is little to disapprove of. If we had to find drawbacks somewhere however, side one, filled with tracks from various sources and written by a number of different people, is much more innovative and diverse than side two, which finds its origins primarily in Mandopop, and sometimes relies too heavily on melancholy.

It’s difficult to describe Chapter One: 1 & 1 as anything less than an artistic triumph, with the record displaying in full the awe-inspiring creativity and artistry of one of Taiwan’s most inspired contemporary musicians. Wu proves himself a musical chameleon, effortlessly jumping between genres and topics, whilst never striving for anything less than perfection. The attention to detail across the record allows for new intricacies to be discovered on repeated listens. Indeed, a single listen to the album would be an injustice to the obvious amount of hard work that has gone into this project’s creation. From beginning to end, Chapter One: 1 & 1 is a musical journey filled with sonic and lyrical adventures, with Wu Qing-feng celebrating his past with his eyes firmly set on the present and future.