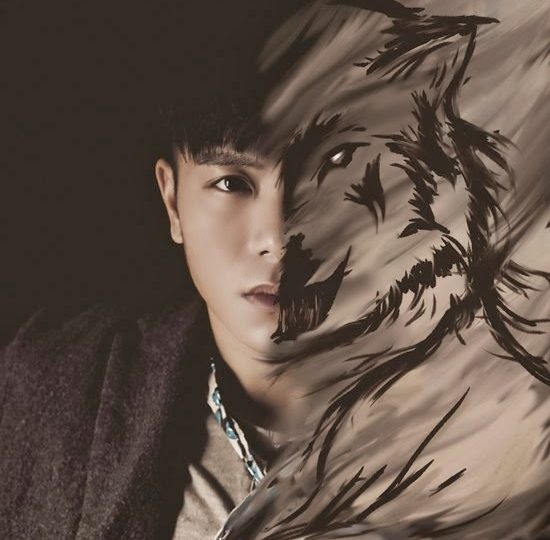 I was really excited when I found out about the new direction that WILLIAM WEI 韋禮安 was going to be taking with his new album, but after listening to it, I just felt that although everything was there and the concept was a great, meaningful one, there was still something missing. I had a similar sort of feeling when I listened to his second album, and I just couldn’t pinpoint what it was exactly. However after being able to see him perform a few times, seeing the way that he interacted with his fans and what he had to say about his own songwriting methods and views of the industry, I’ve realised that what was missing in his music was mainly a true connection to his soul.For Wei, he’s a really logical person and as he’s stepped onto this path as a musician, I know that he’s always trying to further himself technically, reading any books on songwriting and lyric writing he could get his hands on, learning the proper singing techniques and such. However, there must always be a balance between the technical and the emotional, and I find that somewhere along the way Wei’s somewhat lost the emotion in his music. In his album I applaud his attentiveness to detail and meaning, each song carefully crafted with symbolism, but what I see in these songs is the work of an arranger rather than an artist or producer. Yes, these instruments create meaning, but what I want to see is how this meaning applies to Wei himself; how it relates to his ideas and views of society. Most of these songs to me have an air of passiveness around them, and I feel like he’s lost the ability that he previously had in using his music to connect almost directly with the souls of his listeners. Definitely I have to say I’m impressed with the professionalism with which he crafts his music and works towards his goals, but injecting heartfelt emotion and painting a picture with music is a whole different situation altogether. But as Wei himself previously said, being an artist you have to work on your feet, learning the ropes on the go. No artist debuts completely prepared for everything they encounter. And I feel that he’s really getting there. His technical mastery of this album is really an improvement from his first two, as well as his ideas and concepts. But what I really want to see is an achievement of equilibrium between the emotional side of his music and the technical side, so much so that they are able to compliment each other perfectly. His tools are all there (as I’ve seen from his first album especially); he just has to learn how to use them.

I feel that if we’re going to talk about how he could do better in concrete terms, the areas that he needs to improve on are probably his vocals and his lyrics. Wei fares well throughout in terms of vocals in superficial terms; to an untrained listener he probably sounds about the same as he always has; same timbre and range. But I find that there really is this overlying quality of passivity that is in his voice throughout the album. He might be trying to integrate the concept of Fear more thoroughly within his album by slightly changing his singing style, but what I hear from this slight change is a loss in emotion in all his songs throughout the album. And that’s what really upsets me. I know it’s in him to do better, I’ve heard it in some of his songs but it comes and goes. The really special thing about Wei is his ability to capture the human spirit in its purest form, and he’s done so time and again in songs like <有没有>, <还是会>, and <We’ll Never Know>. Here he does it again in chart-topper <在你身邊 By Your Side>, with its likeable, comforting melody and his familiar and warm voice. Wei uses very simple language in his lyrics, just as if he’s having a conversation with the listener, allowing us to share in the bittersweet feeling of loving someone but being unable to be by their side.

If we’re going to be technical, I love Wei’s sense of adventure that comes through in this album. The genres, the arrangements are totally different to the signature sound that we usually expect from Wei. But I feel before you are able to begin exploring with different genres, one must be able to truly establish confidently their signature sound, so that when the time comes to begin experimenting, this experimenting will be done on a strong foundation of the artists’ own signature sound, so that it will still be able to shine through. But this album is all about facing your fears, and I can definitely see Wei achieving that from the word go. He sheds his nice guy image in the first track <狼 Wolf> to create a dangerous, dark, new sound. But I still think that he’s been able to incorporate some of his folk rock influences, especially in terms of the guitar arrangement here. As a fan of rock myself, this is one of my favourite songs on the album, but I feel he’s still somewhat lacking in the fullness of the vocals which is required to really take such a heavy metal rock song to the next level. A great start to the album!

Wei slows things down in his second track <沉船 Shipwreck> where his attempts at whispery vocals in the verses unfortunately end up sounding a little half-hearted with an unsteady dynamic transition into his signature resonant sound at the climax. However, I especially appreciate the effort he put into the arrangement of this song, starting off with little rhythm then building it up slowly like a march, as if like a ship pushing off from the shore and finally flowing, strongly and steadily with wind in its sails, before finally coming again to a rest. The lyrics also fit very closely with this concept of facing your fears, by warning that every dream comes with the prospect of failure , as well as creating a strong marine-based imagery, which is continued in his collaboration with Matzka <金銀島 Treasure Island> where the pirate theme comes in full force. A little confusing, but interesting. I have to say though, Matzka was the perfect choice for a collaboration in this song, but so much so that their voices fit in better with the song that Wei’s which sounded thin and weedy in comparison.

<格雷的畫像 Picture of Dorian Gray>, the 6th track is one of the most innovative on the album, with catchy electric guitar riffs creating a new but also dangerous atmosphere, this time one with a hint of mystery and a hint of seductiveness. I also love the lyrics, in which Wei describes time as a tap that cannot be turned off, creating heady and deep imagery for this song. Wei even manages to incorporate the idea of fear into one of his signature love ballads in <面具 Mask> which uses a dark and bittersweet song to express fear and anxiety. Starting off with piano and then adding wailing electric guitar and drums, Wei’s interesting arrangement with drum beat creates a sense of forced movement forward, truly instilling a sense of fear in listeners. However, once again I think he falls short vocal wise, unable to reach the resonance of the high falsetto notes and unable to really get the full grounded sound in the low notes.

Wei delves even deeper into new genres in <迷路 Lost> with a Soul sound fused with Latin-American influences and a rap by Softlipa. Also another track which I really applaud Wei on his innovation. A unique fusion of genres with a seamless transition into a rap is really not something easy to do, especially when none of the genres in question are hip hop or RnB. An eclectic mix of many influences also serves to instil a sense of wariness in listeners, reflecting well on this idea of being lost and confused. <生存之道 The Principles Of Life> is another one of my favourites on this album; the melody itself holds this idea of light piercing through the darkness; although the darkness, the confusion and the loneliness is still there, there is still light at the end of the tunnel. Thus I feel this melody fits the theme perfectly, but Wei’s lyrics are a little more on the pessimistic side than what I would expect to go with the melody.

The last track <曙光 Dawn>is also another one that is worthy of me reviewing, the starting guitar riffs are already reminiscent of the song itself, about sunlight and moving forward through the darkness. I also love the use of tribal chants and the acoustic feel of the song. The warmth of this song and the honest heartfelt message from Wei truly makes this one the hidden gems within this album. The rhythm in this song is unending, always moving forward on an upbeat , optimistic and free. Finally after all the darkness listeners are provided relief in the form of the last track, as well as a moral, that after the darkness there will be light.

In conclusion, this album’s concept was whole and detailed, completed with impeccable technical detail. I can definitely see the effort that Wei put into the production and arrangement of the album, as well as tailor-making the melodies and the lyrics to all fit into the concept. But music is supposed to be enjoyable, and instead I find at times Wei is instead making his music harder for people to listen to, forcing them to face fear with no reason behind it. Lyrics which are complicated and harder to see the meanings behind makes it less relatable for listeners, which is the complete opposite of what I feel Wei’s music is. In trying to try something new, Wei instead decided to pull away from his signature sound and his inner voice, when he should instead be building on it. Sometimes when things are forced, no matter how hard you may try to perfect it, there will always be something missing. If I could take the heart and soul from Wei’s first album, that freewheeling creative spirit and match it with his technical ability in this album we would have a perfect combination. I hope in future albums Wei can continue on improving, always moving forward and next time, trying to find an equilibrium between the heart and the head in his music.