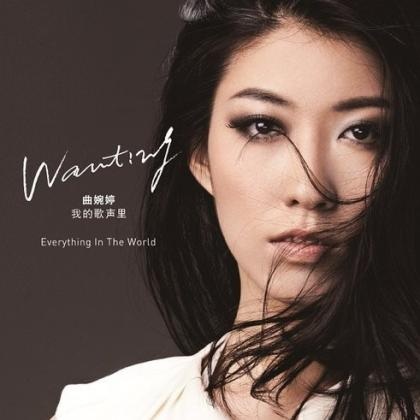 [Album Review] Wanting Qu 曲婉婷 – Everything in the World 我的歌聲裡 (2012)

Album Name: Everything in the World 我的歌聲裡

When I first listened to WANTING QU 曲婉婷 (yes, that is her real name translated from Chinese), I was speechless for a little bit. I mean, she could actually turn out to be the next TANYA CHUA 蔡健雅. A musician at heart, with a whole range of English songs filled with emotion. Her wonderfully husky voice draws me in and captures the essence of each song with precision and a tinge of seductiveness. She’s one I would look out for if I were you.

One thing about this album is that her pronunciation in the English songs are not entirely accurate, and the lyrics aren’t awesome (little grammatical errors, a little awkward at parts). However if you really read the lyrics and hear her singing, the words and the music create an imperfect combination, which is so pure and heartfelt that it can’t help but touch you so deeply. After being overwhelmed by her music on the whole, I was still hooked enough to buy the whole album. As she’s a newbie and this is her first album, I hope that in her further pursuits she will only shine brighter and become more musically adept!