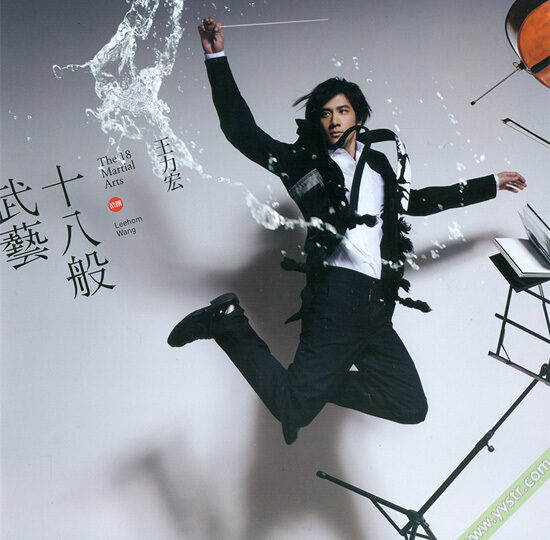 < 十八般武藝 The Eighteen Martial Arts> marks the 14th album of the Taiwanese-American singer-songwriter.  As usual, Leehom uses influences from both American hip-hop music as well as Chinese cultural influences, but this time veers away from limiting himself to the hip-hop genre, and using other genres of music, such as RnB . The Album in itself is a chart-topper, nothing less of what is expected from Leehom. The sentimental <你不知道的事 What You Don’t Know> and <需要人陪 Need Someone> allows Leehom to fully express himself lyrically and musically, with both instrumental and vocal parts written by him.  <杜U Love Me Do You Love Me> and <十八般武艺 The Eighteen Martial Arts> are some of the more upbeat tracks on the album, with foot-tapping rhythms to get you up on your feet and dancing.