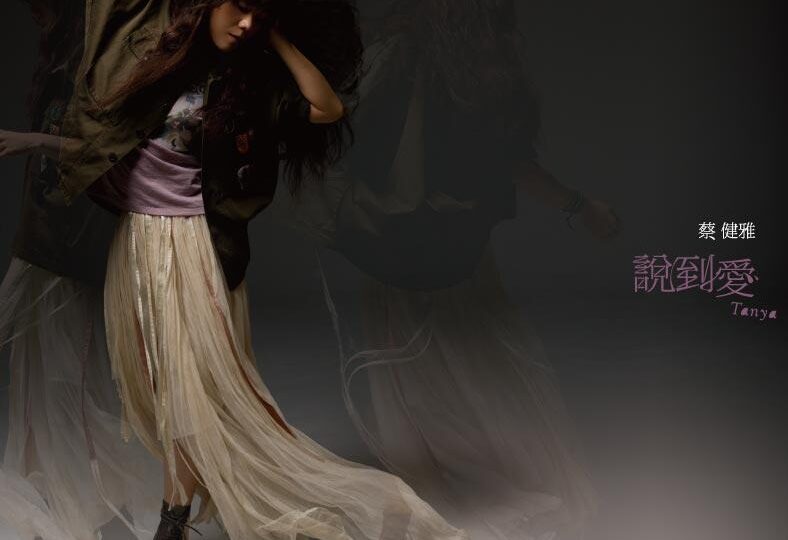 Album Name: Sing it out of Love 說道愛

Talented Singer/Songwriter/Producer TANYA CHUA 蔡健雅 has released an album, on top of the many projects that she has had this year, including writing songs for artists such as JAM HSIAO 蕭敬騰 and NA YING 那英, whose album she also plays a integral part in the production of.A quote from Tanya included with her acknowledgements encapsulates what she wished to express through this album: “I suppose everything starts with love. Cliche, but true. But I don’t want this to be just a sad love ballads filled album. Instead, one that I saw through the eyes of love, to see light in moments of darkness, humour in times when things go wrong  peace in times of war and anarchy. To sing like no one’s listening, dance like no one’s watching, love like you’ve never been hurt…wouldn’t it be wonderful if we can all feel so free!”.

Those of you who have listened to Tanya’s album see what she’s trying to put across clearly; to see light in times of darkness <說到愛 Talking About Love>, humour in days where nothing seems to go right <别找我麻烦 Don’t Come And Bother Me>, and peace in times of turmoil <便利贴 Post-It Note>. Tanya also used quirky and interesting elements throughout her album to give it a more retro atmosphere. For example, the 1920’s speakeasies style jazz in < 别找我麻煩 Don’t Come And Bother Me>, and the deliciously interesting combination of Rock created on the basis of country-style guitar riffs. Slowing it down a  bit with a ballad style <Letting Go> is one of my favourites, which tells of, of course ,letting go, and learning to love, as Tanya puts it, “like you’ve never been hurt”. An album I strongly recommend to all gramophiles out there!