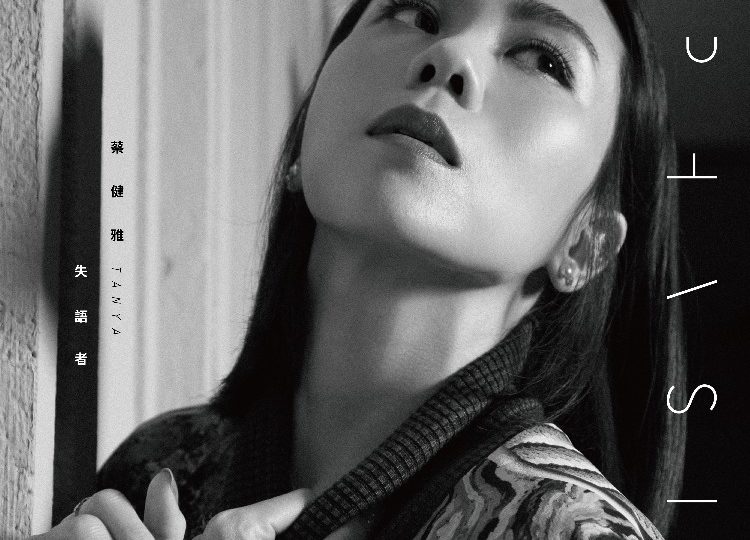 I’ve struggled for a long time in writing this review, so much so that I almost gave up. Reviews of Tanya’s music have always been the hardest for me to write; I have always felt that there is so much depth, both in terms of mechanics and emotions to every piece of work that I still struggle to do it justice in just one body of words. But with the release of her “Aphasia” experimental album, I struggled even more. I listened over and over and over and over until I couldn’t take it anymore, and tried this routine several times over, letting myself fall into the music and trying to absorb it as much as I could. But still nothing. Until I realised that for the most part, my struggle with trying to review this album lay in the fact that it was an experimental album by nature, and that I therefore was unable to categorise it, unlike many other albums I had reviewed in the past. So naturally, this thought led me to the conclusion that Tanya’s album’s meaning lay in the lack of need to categorise it in terms of genre or any specific musical theory terms. But now even more than ever, I was at loss about what to write. However, I chose to push on, persevering as I strongly believed (and still do) that Tanya’s album, like a textbook would teach me something of value. And the further I delved in this direction, the more the pieces of the puzzle started to come together.

With a mix of experimental tools such as sampled beats and ephemeral vocal backing a as the foundation of her album’s musical theme, Tanya has with this new album changed the rules of the game completely, operating on a higher playing field than I could easily put words to. So I just decided to go into this album review as is, or as a saying in Chinese goes, “凭感觉”which means go with your gut. And what my gut is telling me is that I feel something from this album; emotions which are dark, introverted yet familiar. I do not feel an overwhelming passion for this album’s theme, but that I believe is part of the beauty of it. “Aphasia” is a term referring to people who have no voice; what Tanya wished to convey through this album was a reflection of the modern day urban citizen, walking through streets filled with people, yet losing a sense of interaction which makes us human. Each song in the album is like a part of us as silent beings, bringing to light the complex and subtle mix of emotions that we like to bunch together and refer to as normality. If you’re like me, I’m sure you feel it too. A large dose of ‘I don’t give a damn’, a thimbleful of anxiety for the future, and always, that yearning for love amongst more than a handful of dysfunctional relationships.

​The opening track “Strange Species” sets the scene for us; a guttural bass paired with eerie synthesiser and thumping snares create an out-of-body, alien perspective of us as humans. Xiaohan’s lyrics speak of a strange kind of attraction we as humans succumb to, feelings of mysterious, veiled seduction, curiosity and chemistry that we search for aimlessly. Tanya and Anton’s arrangement is ingenious, layering the instruments dynamically and playing to the ups and downs of the melody. A little back and forth between the snares and synthesiser here, a counter melody on the synthesiser there, now this is what I call a beautiful mess.

Second track “Best Way To Die” is a grungy, metal-influenced track that follows on nicely from the first, telling the story of an infatuated female who’d rather be with a lover than alive. The song boasts two sides to it, atmospheres of reflective, light clarity in the verses and heady, dark impulsiveness in the choruses that come in bouts marked by airy keyboard and striking snares in the arrangement respectively. Tanya’s vocals deserve special commendation as they follow suit, high and sweetly coy in the verses as she sings “why not with me, why not love me, let’s break the rules” before dropping into her signature throaty vocals that contain a hint of steely resonance, pairing off with the meaning of the lyrics and the arrangement magnificently. The immediate juxtaposition of her high vs throaty vocals jolts listeners from a higher plane of comfort and security to an earthy state where reality strikes, causing my heart to do flip flops each time she does it. Gives me thrills each time I listen to it.

One of my favourite tracks, the title song “Aphasia” is relatively more muted in comparison to the previous songs, featuring a serene assortment of electronic synthesiser blips which to me represent the monotony of our daily lives, filled with electronic devices and whispered words. But in the chorus, Tanya sings out the words that we all keep locked in our hearts; regret of too many words that were never said, and the subconscious hypocrisy that exists in us all. Xiao Han’s lyrics hit home word by word, revealing the tiredness of the human condition which has long lost the will to persevere in love, and now silently judge those who fail, although “we are no better” ourselves. A brilliant execution.

Tanya’s fourth track “Film” is nostalgic; the sounds of a shutter clicking in the background and the faint ringing of a phone kick the song into slow, hazy motion. Xiaohan’s lyrics read like an Arthouse film; vivid imagery of rainbow fish swimming intermingled with snatches of real feeling over the frailty of love and reality fill my mind. The arrangement, too adds to the nostalgic atmosphere that fills this song by purposefully leaving blank spaces and using arbitrary electronic sounds to fill the song, letting Tanya’s voice move the song forward. Film captures images and memories, and as Tanya says, she uses photographs and films to prove that a certain memory or bout of love was once real.

On the fifth track “Engima”, the dark, heady album reveals its playful side. Borrowing elements from electronic game music, the arrangement is like an engima, always changing but perpetually inflicting curiosity, always one step ahead with something new, barely within your grasp before it changes again, leaving you chasing behind. Tanya’s voice lends the song playfulness on the exterior while singing of a deepening curious love.The sixth song “Cat and Mouse” uses bells to evoke a quintessentially Asian feel to the song, before mixing this with Tanya’s bold lyrics and sensual melody. To me, this juxtaposition of conservativeness and brash liberalism embodies the ‘Cat and Mouse’ concept well, two opposing elements circling and keeping each other at bay. Tanya’s seductive vocals and the suggestive lyrics make for a bold statement piece.
With a noticeable funk influence in the seventh track “Can I Help You Sir?”, this song had me bopping in time to the irresistible beat in no time. I especially love the lyrics to this song which criticise the masculine ideal of women as vulnerable, insignificant and in need of the help of a big Ol’ man. Tanya’s sass flies off the charts in this song as her vocals seduce, drawing you in before singing “I know you want it, but you can’t have it”, and shutting down any masculine pretense of owning her. You go girl! Tanya’s eighth track “Peep show” once again shows off her sultry voice, but the magic of this song is in Xiao Han’s lyrics, which are laden with metaphors about how we as humans live lies through windows. Filled with overtones of indulgent promiscuity, if one cares to dig deeper they might find that Tanya sings of a metaphorical peepshow, alluding instead to social media and how we put false versions of ourselves up for others to see and vice versa. The peepshow metaphor and Xiaohan’s words work subtly, borrowing the shrouds of mystery from the concept and bringing to light it’s perverse nature, before applying it to real life.

The ninth track “One Carat” is more overt in its message, telling women that their smiles and true selves should be treasured rather than hidden. I love how Tanya’s backing vocals, like whispers shroud the song, reflecting women’s consciousness of their worth, which they often put at the back of their minds. Finishing off the album with final track “Glitter”, the heavy buzz of white noise-like sounds set the scene as Tanya sings with determination and a touch of weariness in her voice. Singing about the frailty and transience of love, this last song reveals a more personal shard of Tanya’s character and story which is what I like about it.

Overall, “Aphasia” is stunningly aesthetic and experimental reflection of the flaws of the human psyche. By digging deep into their thoughts on love, Tanya, Anton and Xiao Han have created a critique on modern society that is to be treasured, not forgotten. My only qualm with this album was that if not for the help of the lyric book, I would have no idea of what these songs were truly about, rendering an album that has a high entry barrier to it. Nevertheless, all the pieces of the puzzle came together perfectly and I couldn’t be more proud of the way Tanya put together this album.
Rating: 4.8/5