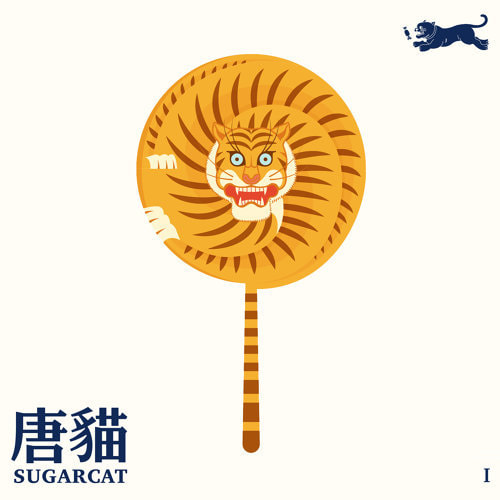 I once almost got into a minor car accident while listening to David Tao. I was really into his ‘I’m Ok’ album at the time, and was belting the words to ‘Small Town Girl小鎮姑娘’ whilst filtering onto the freeway. East-meets-West R&B has always been one of my favourite niche genres, and Tao’s album truly had me caught in the moment, mind, body and soul. Long story short, I was too busy singing that my steering wheel veered to the right causing my car to scrape against the rails.

You may be asking – what was even the point of that story? Such was the era of east-meets-west Mandarin R&B especially in the early 2000s; characterised by an innate groovability and bouncy, delicious melodies that you could have on repeat infinitely that involuntarily take up all of your headspace. And oh, those full, dynamic fusion arrangements punctuated by vocal improvisations which make even the most simple, repetitive melody refreshing and innovative.

These are all the things that I love and remember fondly about Mandarin RnB; so enticing to me that they are ancient-inducing; yet unfortunately in this new age where everything is about trap music and being woke, I had long put to rest hopes that those classic favourites as popularised by David Tao and Wang Leehom could ever be replicated. But miraculously, up-and-coming Taiwanese R&B band Sugarcat’s debut self-titled album effectively proved that this vein of East-meets-West R&B still has a place in contemporary Mandarin music; doing a superb job of transforming and effectively updating it to hold its own.Even from the get go, the band’s starting point is vastly different to the individual Mando R&B acts popularised back in the day. Debuting with not one, but two lead vocalists; each with their own unique vocal textures, there’s just that much more depth and complexity that can be played with within the band‘s works.

And they’ve certainly taken this freedom and run with it; succinctly putting forth a delectable mix of uncontrollably toe-tapping feel-good tracks that intimately fuse western beats, melodic techniques and arrangements with a variety of eastern counterparts. Whilst its easy for east-meets-west fusions to fall into the trap of being used as a superficial gimmick, this east-meets-west philosophy is employed immiscibly at all elements of the album’s production; striking a rare yet effortlessly enjoyable compromise.

Such a balance between eastern and western elements is aptly highlighted in the effortlessly groovy and catchy opening track ‘Red 紅’ as well as ‘I’ve Forgotten Again 我又忘了’ featuring the clean vocal stylings of Sabrina Lo. Starting out with funky guitar licks which seamlessly transition into a brass-heavy big-band arrangement, the song makes you feel like you’re enjoying the best of both worlds; transporting you simultaneously to a soul and blues outfit in New Orleans and to a Jazz speakeasy in cosmopolitan Shanghai. Props to the band for smartly incorporating standout phrases from classic Mandarin works such as ‘Forget Myself 忘了我是誰’ in the lyrics whilst putting a western spin on the track through vocal improvisations and song structure.

Borrowing from different periods in R&B’s history, the band mix’s and matches all different iterations of the genre depending on what kind of message they want to send out. For example, on ‘Uh Huh 嗯哼’ they go heavy on Mariah Carey style R&B from the early 2000s to match the sassy vibe of their empowering lyrics. Whereas on ‘Where Are You你在哪’ they play more on the 90s D’Angelo style of R&B ballad, going snare-heavy and making good use of backing vocals and jazzy keys to get you in that reflective headspace yet with that tingle of Mandopop saccharine sweetness which strangely gives the entire track this honest yet slightly quirky atmosphere.
​
Yet on other tracks the band skilfully strip down to the basics. For example, ‘Wind 風’ is an acoustic track which moves a little more towards folk-pop; yet retains a little groove through the use of uplifting backing vocals. Kind of reminds me of the type of tracks Leehom would have on his albums in the mid 2000s, such as ‘柴米油鹽’ or ‘太陽雨*’, paying homage in a transformative way.

Yet on tracks like ‘12345′; and ‘Walk 走’ , the band show that they still have their finger on the pulse, with progressive urban fusion tracks. The latter features a rap segment by YouTuber/rapper extraordinaire Outlander who adheres to a more lazy, melodic flow of rapping that is more unique to the Mandarin hip hop scene. On ‘走’, the band lays it on thick with more accent synths paired against heavy snares; reprising an eastern slide on their melodies while moving the arrangement towards experimental fusions of jazz, funk and rock, raising heady emotions to a fever pitch as words of encouragement are chanted affirmatively.

With lyrics that are easy to remember and catchy (Listen to: Red, Lonely, 12345), the lyrical content ranges from sweet, honest pinings for that significant other (which feels to me more of a homage to the lyrical content of the R&B genre overall than anything else) to more reflective, inwards-looking content. For example, while ‘Let me feel the night 讓我感受這夜晚’ looks at moving on and letting go of the past, ‘Kid’ brings the band back to ground zero where they ponder what their younger selves would think of their present selves.

Authentic, honest and sweetly inspiring, ‘Sugarcat’ is an album that resolutely sets an ambitious mission statement for the future of the band. Paying homage to the greats of both Eastern and Western R&B and pop music whilst still managing to incorporate their own signature style so early in the game, this ten-track album is absolutely irresistible. With two vocalists that each bring different textures to the table and such a wide definition of the styles that they choose to marry and take on within this album, the work nevertheless manages to tell a cohesive narrative characterised by full, heartfelt, groovy tunes and a clear yet innovative east-meets-west fusion element. Bursting at the seams with creativity and grooves to last you a good while, thank goodness I’m a better driver now than I was back then.