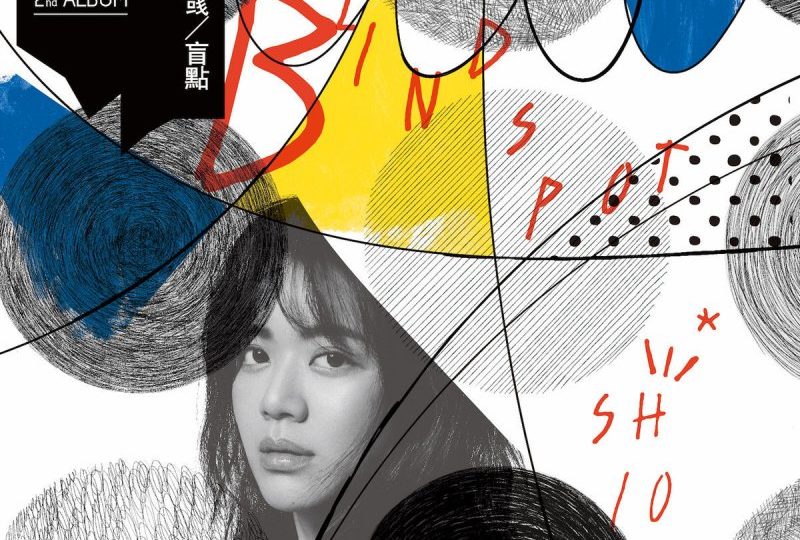 From her beginnings in a prestigious arts school and learning to play numerous instruments at a young age to winning domestic singing competitions, Malaysian singer-songwriter Shio Quek 郭修彧 has enjoyed a life-long love affair with music. It wasn’t until she moved to Taiwan to dedicate herself to a career in the industry however did she truly begin to make a name for herself outside of her home country. She wowed on her debut album, 2016’s Abstract Painting抽象圖, a mixture of ballads and exciting synth-heavy mid-tempos.

Sophomore album Blind Spot盲點 sees Shio take a decidedly hands-on approach in its manifestation. Involving herself in the composition and production, as well as being the album’s primary songwriter, Shio wanted to explore the concept of handling what we perceive to be our imperfections. This self-doubt means that we unnecessarily focus on the negative aspects of life and worry about how people see us, making us unable to appreciate the beauty in our lives.

Overseen by singer-songwriter and mentor Penny Tai戴佩妮, the driven veteran’s aim was to push Shio to strive for a greater degree of authenticity. For Shio, this meant not only being her authentic self lyrically, but also trying to capture the sentiment of the songs through their composition. Aiming for a live-band sound, whilst making the album Shio would often lead musical brainstorming sessions, trying a variety of sounds and instruments to tests the limits of each song and what sound may best suit them.

Atmospheric English-language album opener Parallel establishes a sense of melancholy, and transforms half-way in with the introduction of a casaba and drums. The lyrics are wonderfully complex; Shio exploring her relationship with her internal demons (Take my name, and we will always be afraid / But take my name, and we go parallel ways).

Stratagem幻術 constantly keeps the listener on their toes, managing to flit between different arrangements without feeling forced. A guitar and 808 drums transforms into a bass-driven rhythmic melody, before surprisingly evolving into hard rock to conclude. The variety of arrangements on display ensures that the listener is able to pick up on new aspects on each refreshing listen.
​
The record concept is best explored in the album’s title track. Musically, it captures the sentiment of being dragged down by self-doubt, steadily building throughout until it explodes in a flutter of melody in the final minute, as if those negative emotions have been finally confronted and overcome. On a lyrical level, the song encourages the listener to face their own problems, and that facing our vulnerabilities is a better remedy than running away.

Emotionally charged ballad Adarga擋箭牌 handles the delusion of innocence, and how this naivety can cause emotional pain. A sonically subdued moment in an album of great variety, Shio carries the song with her sublime vocals. Whilst this song may not show the full extent of her vocals, her understated delivery evidences her ability to pack an emotional punch whilst maintaining a level of restraint.

Up-tempo Hug Yourself is another album highlight. Filled with dark humour about an unpleasant experience whilst riding a bus with an overzealous conductor, Shio contrasts this negative story with an upbeat and joyous instrumental, and alongside contemporary jazz elements also attempts to bring in traditional American funk. Throughout the song, Shio’s effortless vocals, the surprise erhu and male-acapella middle eight are treats which make this a frantic four minute musical delight.

The musical variety continues across the record. Rapport 好人緣, which could easily pass as a Penny Tai song, is a playful track, part breezy bossa nova-inspired and part US country hoedown; meanwhile two opposing sides of the musical spectrum are explored on Expiry 送行者 which incorporates elements of hard rock and classical music to dramatic effect. Castell疊羅漢  on the other hand is an unpretentious, straightforward pop moment.

Whilst Shio explores many different genres on Blind Spot, a remarkable vocal performance is a constant within the record. Whilst not a strong vocalist in the traditional sense, Shio manages to glide from lower to higher registers with an ease that few of her contemporaries can claim, sounding equally strong on both sides of the spectrum. Alongside this, the control she has over her falsetto is a testament to her abilities as a vocalist – never does she sound shrill, nor does the listener tire of her voice.

The album does has some blind spots (pun intended). Whilst Shio should be lauded for creating a varied soundscape, Blind Spot sometimes crosses the line with overly adventurous experimentations. Occasional flashes of rock feel shoehorned in, and changing the tempo and arrangement several times in multiple songs makes the listener wonder whether this is a truly artistic decision, or plain indecision. Reminding ourselves that this is only Shio’s sophomore album and first real taste of creative control, we ruminate if the record is sonically over-ambitious without having the artistic weight and maturity to fully back it up.
​​
An amalgamation of sounds and styles, Blind Spot is a record which gives an insight into Shio’s true potential and capabilities not just as a singer, but as an artist. The album presents her as a creative willing to experiment who can steer a project to fit her own creative vision – even if she can’t perfectly execute it quite yet. The true star of the record however is Shio’s voice; an intricate tool both technically and emotionally powerful. Whilst not a perfect album, Blind Spot leaves us in anticipation for what the future has in store.  Where Shio is concerned, only a fool would be blind to her talents.