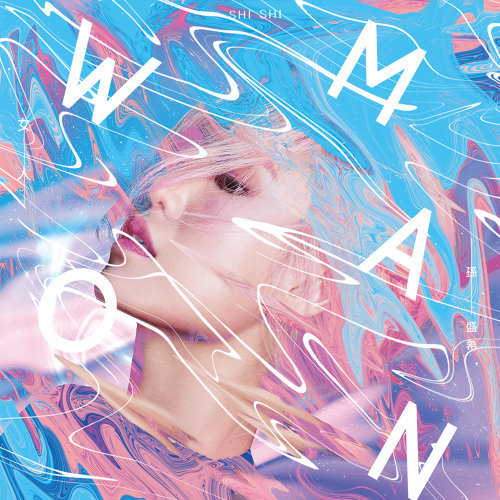 Since her debut, Korean-Taiwanese Shi Shi Sun 孫盛希 has always been touted as one of the most promising artists on the scene. Known for her signature fluid, silken vocals, the R&B artist has always been praised for her increasingly skilled abilities as a singer and songwriter over the length of her career. Yet with her self-produced third album ‘女人Woman’ (a reference to her first debut album titled ‘Girls’), the 10-track album has left me wondering whether Shi Shi is truly ready to take on full control of her works as a singer, songwriter, and producer.

The album cover; which sees Sun sporting a head full of pink hair and features an abstract mix of pastel colours reminds me strongly of Zooey Wonder’s album ‘Wonderland’ released last year, whereas the pink hair takes me back to yet another indie artist Bai An’s second album ‘What’s Next’. Already, kind of starting off the whole ‘album differentiation’ thing on the wrong foot for me.

The album itself is thankfully a solid and well-meaning stab at bringing something different to the contemporary Mandopop scene; featuring Shi Shi’s self-penned tracks-unique in their fluid, subtly ‘it’s complicated’ vibes -against a mesh of experimental EDM, R&B, hip hop and pop. Certainly fresh, and a healthy addition to a scene which is struggling to break free from its balladic clutter. But it is clear at several points throughout the progression of the album that the singer is not well-equipped enough to take the reins fully, something that shows in the songwriting technique and overall vision for the album.

“Chaos分裂” is a song with a mysterious melody that is lilting and haunting; written in a non-conventional form, the play between hardness and softness is intriguing. Yet coupled together with a non-immersive set of backing vocals and an experimental electronic arrangement that seems a little too calculated to truly pull off chaos, Shi Shi’s voice is lost amongst the madness.

​The next track, “Guilty 內疚” also a venture into the electronic genre in collaboration with DJ Slamer simplifies the formula applied in the first track, finding the elusive balance of intrigue and execution this album is precariously balanced on. Shi Shi’s songwriting shines in this track, starting slow and muted yet building steadily a sense of rising urgency. The melody starts off in a rhythm akin to a beating heart; inviting listeners to sync themselves and settle in, before the melody becomes erratic against a simple piano part which reminds listeners of the passing of time. The lyrics fit seamlessly into what the song is trying to achieve too, with lyrics such as ‘這顆心不再為你跳 This heart no longer beats for you’.

The sophisticated singer follows with “In The Mirror原來你是這樣的人”, a ballad which she breathes life into with her unique melodies and breathy vocals. Unfortunately, a lacklustre arrangement renders the song unable to get too far off the ground despite Shi Shi’s uplifting vocal delivery.

​The tone quickly changes yet again in the fourth track “Reason 聽起來像藉口嗎?”, launching in straight away with a spunky acoustic guitar solo and breathy ad libs. The song starts off great, folksy and funky in a way that reminds me of William Wei’s early work- playful, dynamic and effortlessly charismatic. Shi Shi powers through quick and fast, showing off admirable vocal technique as the melody rapidly moves upwards, but after the first round of verse-chorus the song levels out and just repeats another two times, never really allowing listeners to reach the expected climax through a juicy bridge or a pronounced ending.

Letting the acoustic guitar take a lead on the fifth track again (a truly refreshing move), Shi Shi ventures into the R&B genre with “We Can’t Be Together”, a song which through its seductive nature and lyrical content about loving someone younger brings out the ‘woman’ in this album. As jazzy keys start feeding in, Shi Shi’s voice soars and melds in perfect symphony with the arrangement. I especially love the hook “why why why why we can’t be together right now”. Yet the weird three-line bridge kills the vibe for me, and the adlibs in the following run of the chorus lack the power to bring the song back.

​“Almost自然凋謝” starts off weak with a piano intro sounding like something Xiaoyu/A-Lin have used before, before redeeming itself through the unique atmosphere created through the song’s melody. Climaxing at unconventional points and landing on all the notes you wouldn’t expect, it’s a ballad that isn’t really one but works in spite of not ticking any of the boxes. Shi Shi’s voice stands out spectacularly here too as she navigates effortlessly between her use of real and head voice. A striking addition to the album.

The seventh track “Self-Healing自我癒合”, penned by Shi Shi, DJ Molly and Zhong Yao 鍾瑶 immediately became my favourite within the first ten seconds of the song starting. One of the more outwardly happy/pop songs on the album, the song starts by bravely launching straight into the chorus which starts off lightly optimistic, yet ending on a minor key with Shi Shi singing ‘But how are you feeling’, skilfully bringing the atmosphere back to a place where she can securely transition into the verse while adding rock elements to the song in a seamless manner. Uplifting and honest, everything seems to come together organically in this piece, truly creating this feeling of healing and positivity that everyone can ascribe to.

The eighth track, “In And Out闖空門” featuring the indomitable J.Sheon creates an immersive R&B atmosphere which fills every nook and cranny of your senses from start to finish. Brimming over with J. Sheon’s songwriting style, Shi Shi nevertheless holds her own against Sheon’s unique vocals, breaking down his abrasiveness and replacing it with her smooth tones. Great for those chill nights in (or out, for that matter).

This is followed by “Love Yourself有多美麗”, another one of my favourites on the album for how it showcases Shi Shi’s ability to organically fold lightness and darkness into her songs while playing to the breathy, airy quality of her voice. The song provides such powerful imagery of the flowers she mentions in the lyrics written by famed lyricist Lan Xiao Xie(藍小邪); blooming, then wilting before the cycle of life starts over again in all its natural beauty. Yet there is warmth in her voice and in the arrangement too, like sunlight which permeates your mind steadily with its golden glow. A masterpiece which I feel would have been a great ending track for the album.

​Instead, the album ends on “A Late Goodnight很晚的晚安”, a solid Shi Shi-style ballad which blends melancholy with a slow-acting warmth. Great melody and well-executed overall.

Overall, the album was a heartening and enjoyable listen, despite it lacking somewhat in terms of songwriting/arrangement execution at several points throughout. Shi Shi has a great deal of potential as a songwriter, but there are still areas that could be worked on to create a smoother listening experience. In terms of her mettle as a producer, it was admirable to see her take the reins on this album; yet her vision and ability to execute on the whole is still fuzzy. One can certainly see some hints of the vision or of an atmosphere peeking through in each of the songs, but putting them together to create a cohesive story and a meaningful album concept is something which requires more finesse. Nevertheless, accepting such a challenge is certainly a symbol of her transition from girl to woman, and I have utmost faith in her ability to go even further in her future works. 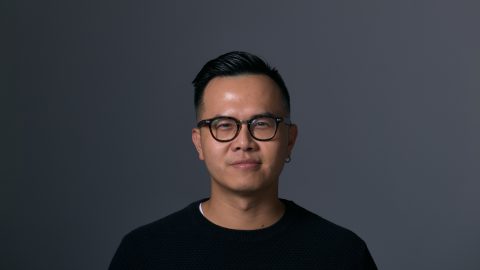