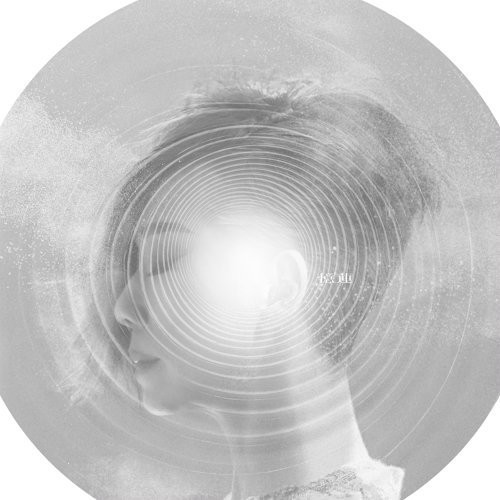 Sandy Lam林憶蓮 has never been one for complacency. Throughout her 33 year career, she has cemented herself as one of the most revered and universally loved figures in Chinese-language music not by following trends or being fixated on growing her career, but instead by focusing on making music that makes her artistically content and – most of all – happy.
​
Three years in the making, 0 is Sandy’s first original album since 2012’s Gaia蓋亞, a forward-thinking and ground-breaking record that stormed the 24th Golden Melody awards, praised by judges as a landmark release in Mandopop. Released under negligible promotional-fanfare, new album 0 became an unexpected hit at the end of 2018, perhaps in part due to Sandy announcing her retirement. If this is her last release, is Sandy going out on a high note?

0 is a concept record that takes on several meanings. Zero can be seen as the beginning and as the end. Everything, from ourselves to the universe started from nothing, and will one day become nothing again. Zero is a unique idea which can somehow express the freshness and excitement of a new beginning, whilst also representing absolute finality. Whilst this feels somewhat bleak, new endings provide new opportunities – perhaps evidencing that her retirement is something that she wants to address.

It is also interesting that the album has no physical copy available to purchase, and exists solely on the internet. Does the lack of a physical existence imply a lack of being?

English-language opener breathe in… breathe out feels therapeutic, with a chorus repeating the mantra over and over again. Whilst breathing itself may be trivial, to do such a trivial thing is the fundamental basis of survival. The simplicity of the song captures the vulnerability of humanity.

Closer Breathe Out, Breathe In一呼…一吸 – the direct Mandarin language version of the opening track – reaffirms the circularity of life. This poses a question to the listener: Was the journey ultimately worth it? Are we in a new place, or back to where we started? The song gradually builds, hinting that whilst we may be at an ending, our journey was not in vain, and fades out as if we are beginning the next chapter of our lives.

The most sonically adventurous song on the record, Charm 魅惑 effortlessly flutters between tempos whilst flickering between traditional Chinese instrumentation and grand Western strings over a post-industrial ambient drum and bass style that wouldn’t sound out of place on a 90s Bjork album. Sandy’s falsetto and harmonies are ethereal as she sings about the falling of societal facades.

Core沙文 deals with the topical subject of gender discrimination and inequality. Interestingly, all that worked on the song are men (including an appearance in the chorus by Mayday’s五月天 Ashin阿信), implying that this is a topic that all of society must stand behind. Over snarling guitars Sandy is able to vocalize the anger and frustration of all women against the unfairness of society.

Return to Zero歸零, which may be considered the most ordinary sounding song on the album, is anything but ordinary. Over what feels like a cross between country music and alt-90s female led rock, Sandy quite literally screams about the unrelenting disappointment of life and its constant blocking of hope. To be happy, we have to press the reset button on our lives and start again.

The album is full of highlights beyond the aforementioned songs. Solar System 太陽系 is an atmospheric electric-guitar led journey into space comparing relationships to the scientific distance between planets, whilst Morning Light 晨光 is an ode to the power of love surviving separation. Where Angels 纖維, whilst musically light, deals with the heavy topic of confronting death, River is an ode to individual droplets of water joining together to create something much bigger.

The album is so impressive at what it does that it’s very difficult to find any qualms to bring up. It comes down to personal preference that the subtlety of the record is less preferred compared to the striking and harsh tropes employed on Gaia. To fully appreciate the complexities of 0, the listener is required to offer their full attention. By doing so however, they get to experience a breath-taking soundscape, filled to the brim with subtle yet unforgettable melodies, whilst enjoying lyrics that seamlessly weave between broad, thought-provoking issues whilst being extremely intimate. On the albums most vulnerable moments, her voice is like another layer of instrumentation, adding to the vulnerability on display.

After Gaia, we would have understood if Sandy returned to a more conservative and traditional output. Whilst 0 may be a more subdued affair and dealing with less adventurous topics, it is anything but conservative.  A deeply emotional yet analytical affair, if this truly is the swan song of Sandy Lam, it is a tremendous exiting gesture, and is the cherry on top of a career that very few – if any – can rival.