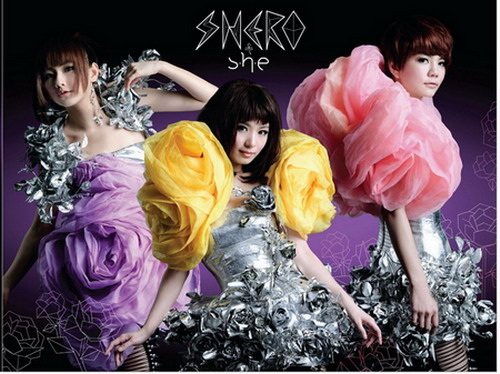 SHE’s <SHERO> marks the release of their 12th album, with the theme of “Girl Power”. The first track on the album, <SHERO> is a song directed towards females, as the title suggests. The chart-topping band has released many hits from this album, such as <两个人的荒岛 Desert Island> and <SHERO>.  The duet with JUDY CHOU 周定緯 features intricate harmonies between the members of SHE and Chou, as well as a likeable melody.  <SHERO> has a louder, more rock-like theme, with accompanying drums, electric guitar and electronic keyboard and synthesizer.