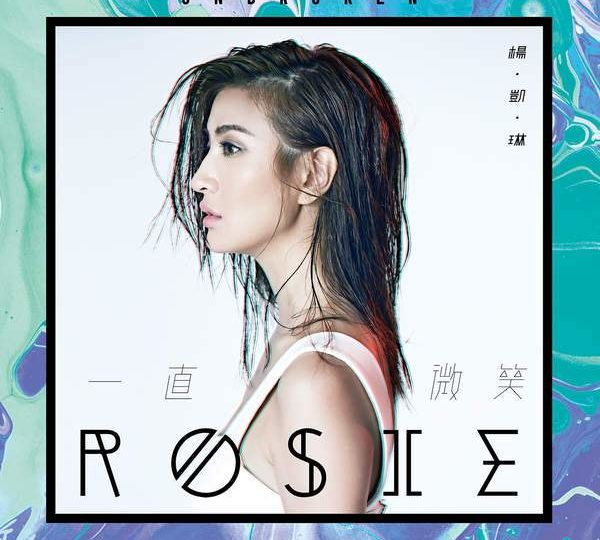 When Sony announced the official debut of Rosie Yang as the best newcomer of the year, they really weren’t kidding. Tall, slim and beautiful, it’s kind of unfair that the 21 year old also has the voice of an angel.  The daughter of singerYe Ying, Rosie had no prior vocal training until her vocal prowess was unearthed and she decided to follow her passion for singing, bringing her back to Taiwan from the States. Her debut album “Unbroken” is based around her love for music, introducing her unique voice to listeners and telling her story of passion and persistence.

Each of the songs is carefully crafted and executed to perfection with not a beat out of place, mostly drawing from western-style EDM and pop genres. Rosie’s lyrics were another high point for me. Most were translated from English into Chinese and while taking on the lyrical quality of Chinese poetry, they also borrowed heavily from the Western use of metaphors and imagery, making for a simple yet sleek combination. The thing about this album which quickly became a standout point for me was how it was basically an unadulterated taste of Western music that had been injected into the industry with little more than a some good translation work and a couple of Taiwanese composers (eg. Eve Ai) thrown into the mix. I mean, there are many who have attempted to create an obvious fusion of East-West music, but such a one-way transaction has never been tried before. Although most shy away from this challenge due to fear of public backlash, it is in fact a good experiment to show how the general standard of Taiwanese pop matches up in comparison to western-style music that is in direct competition with the Taiwanese market. Thus, Rosie’s album’s value lies not only in its meaningful words and her stories, but goes deeper to shine a light on the flaws of the industry, especially its quality control, and focus on artistic aspects rather than technical aspects of the music. I won’t go too much into it, but if you look at the album as an entire package, I guarantee you’ll be able to tell the difference.

And there’s just something special about Rosie’s voice that keeps you coming back for more. Clear, light and sweet at some points yet strong and warm at others, it is a musical reflection of her gentle personality, belying a tough interior. Sweet yet uncloying, I could listen to it for hours on end and not tire.  Listen to “Set me on fire” to hear her clear and smooth vocals, “Whole lot of yellow” for her awesome vocal range and “怎麼還不愛Why not love” for her versatile vocal range. Even collaborating with the likes of Voice of China contestant Yu Feng and member of Swedish boyband JTR Robin Lundback on her album, their starpower is no match for her delectable and versatile vocals.

All in all, a gem of an album I’d absolutely recommend to any listener. Rosie’s put her heart and soul into telling her story with her brand of gentle, spunky and optimistic music and as long as you’re willing to listen, I’m positive you’ll be rewarded with a unique listening experience you won’t easily forget.