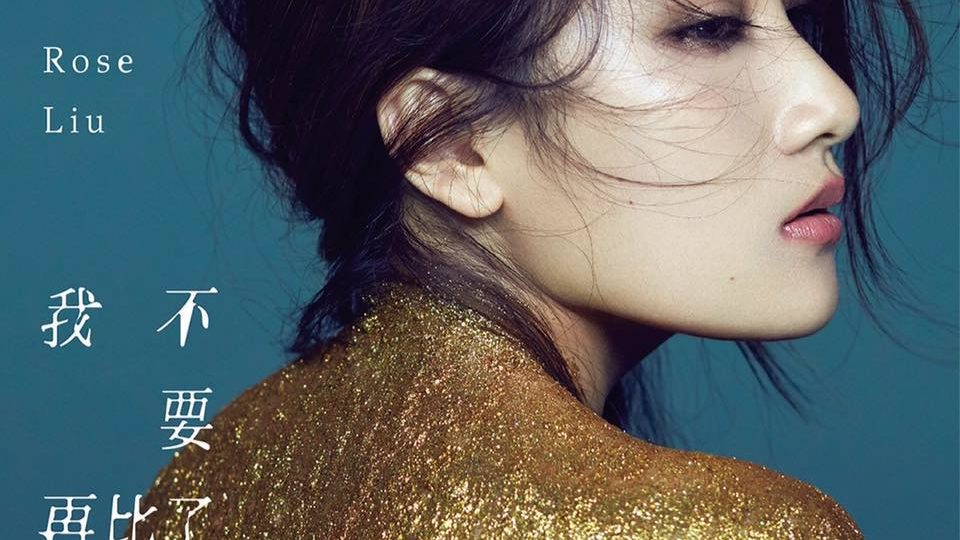 1.From the Moment I Wake Until I Fall Asleep從醒著到願意睡著
2.Judge Me Not 我不要再比了
3.Indulge Myself 我寵愛
4.Love Is a Crime 明知故犯
5.Cross the Ocean for You 飄洋過海來看你
6.Love Is the Way 愛的方向
7.When the World Is Silent 當世界安靜

After a seven-year-wait, singer Rose Liu has finally released her debut album ‘Judge Me Not’. Composed of seven tracks, the album seemed a promising one, given Rose’s critically acclaimed vocal abilities, having placed highly in Taiwan’s One Million Stars singing competition and in Chinese reality singing show The Voice of China. Furthermore, given that the album featured songs written by the likes of honest songwriters Eve Ai and Kenji Wu, I was expecting an album that was heartfelt as it was beautiful. Nothing complicated, but nevertheless something which tugged at the heartstrings and showed off Rose’s beautiful, sweet-yet-husky pipes. However to my slight disappointment, the album was a little hit-and-miss for my liking.​

Starting off solid with “From The Moment I Wake Until I Fall Asleep”, the song which was composed for her by Eve Ai encompassed Ai’s signature scent of deep sentimentality that reprises most of her works. A hauntingly nostalgic melody and lyrics which would melt even the coldest heart, Rose’s vocals treaded lightly across each note, folding each into her warm, heart-rending yet sincere voice. With an simple arrangement that comprised merely of a piano, the song was nevertheless able to clearly allow listeners to immerse themselves in the heady, serious atmosphere that is reminiscent of sleepless nights. Although on the surface the lyrics are about love, the imagery and scenario the song was based upon was unique and executed with aplomb. Despite her vocal proficiencies, Rose hit the nail on its head with her performance, embedding meaning in simplicity. Exactly what I would have expected from the skilled performer.

Her second track, “Judge Me Not”, written for her by Kenji Wu followed in a relatively similar vein as the previous track, but was more straightforward in its delivery and less complex in the message it was trying to deliver.  With the makings of a ballad, Rose delivered the song perfectly once again, injecting her feelings of spiritual exhaustion from competing in various singing competitions into the track. However, its rather face-value message and solid but rather generic arrangement left me wanting more, craving that same transport to a timeless state feeling the previous track had given me. I will say however, it was a ballad with a great hook that made it relatively memorable.

The third track “Indulge Myself”  however, was where things started going downhill for me. It had the makings of a generic ‘girly’ song, the types that had been previously used as filler tracks for balladeers such as Rachel Liang and Claire Kuo. With lyrics about spoiling oneself and a sweet, lighthearted atmosphere created by a rather ordinary guitar-based arrangement, the song made for a pleasant listen but didn’t allow Liu’s voice to reach its full potential in my opinion. I feel that Rose’s voice has a really unique mix of textures; of sweet and husky tones, yet this song only brought out the superficial sweetness in her voice.

However, I WAS a fan of the fourth track “Love is a Crime” which reintroduced that element of mystery and layering to her vocals. This time dabbling in EDM and electronic music, Rose adds soul to a rather generic ‘fight song’ track. Although I’ve heard arrangements and melodies similar to this previously, I’ve never heard anyone pull it off as well as Rose. Despite the arrangement being rather masculine, she completely made it her own with her dynamic vocals which went from sweet to full of inner strength, moulding itself to the song’s nuances perfectly. Her amazing voice control in the chorus, where many lesser artists would require some sort of electronic loop definitely added points for her.

The final three tracks were all rather easy-listening pieces that Rose sounded great in, one being her hit rendition of Jonathan Lee’s “Cross the Ocean for you”, but I just felt that overall there was a discrepancy between the image she was trying to put out in her album photos and her packaging as a ‘Soulful Songstress’ whose songs can accompany listeners on sleepless nights. After starting out really strong with “From The Moment I Wake Until I Fall Asleep”, Liu really set the bar high in terms of what she could achieve with her vocal abilities when given the right melodies. And it just seemed like perhaps her and her team fell a little short in really following through on that in selecting songs and making sure her image was consistent throughout.

After listening to Rose’s debut album, I am even more certain of the power and absolute beauty in her voice. However, that sense of fleeting beauty and absolute euphoria I found in listening to her voice was interrupted by mediocre works throughout the album which made the entire listening experience even more disappointing. Rose has the rare talent of understanding how to meld her voice to fit any genre; versatile, yet effortlessly unique. I really hope in the future her voice can be taken seriously and put to music that will allow it to blossom further. 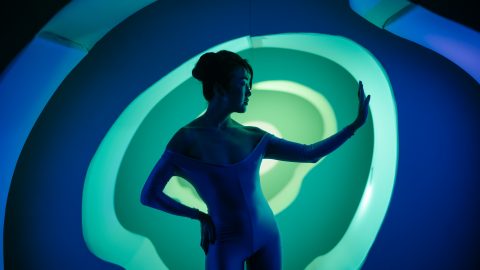