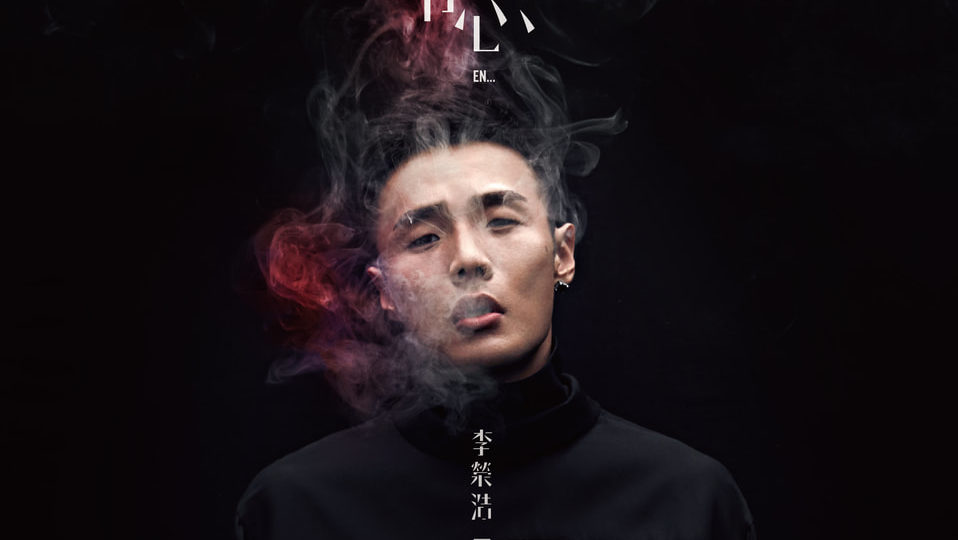 Since his debut album in 2013 scored him a slew of nominations at the 25th Golden Melody Awards, including a win for Best New Artist, Anhui born Li Ronghao has become a breakout star in mandopop, cementing his position as one of the most exciting newcomers in the industry, and a representative of a new wave of Chinese singers who have their eyes firmly set on topping the Taiwan market.

That being said, his third album, 2016’s Ideal 有理想 despite garnering some radio hits, failed to match the critical and commercial peaks of his previous endeavours, attracting criticism that he was retreading ground already walked on his previous records, and that his aesthetic had become tiring and too similar to his peers. Some even complained that his music had become too glossy, thereby losing the spark that made his star shine so bright at the beginning.

On his fourth full album, En 嗯, Li was evidently not looking to fall into the same trap. Writing over sixty songs before shortlisting the final ten and working with a variety of outside collaborators on the visuals, En is somewhat of a significant departure for the 33 year old singer, and sees him experimenting with a variety of genres, instruments, and vocal techniques.
En is a concept album, designed to embody youthful rebellion in all its forms, from romantic to social habits, and how these all inter-relate with each other to shape us as adults. Inspired by his own youth, Li saw the act of rebelling both as curiosity about the world around him, and as using these acts to understand how he was the master of his own destiny.

Even the album cover embodies this sense of rebellion. Dressed entirely in black, Li’s torso is shrouded by smoke, embodying how so often young people feel they are in the dark, or struggling to see in front of them. The smoke also directly links to smoking, and the passion that people have for this habit – the passion that an addict has for their vice.

From the very first moments of the record, Li grabs the listener and refuses to let go with opener En, the statement piece of the record. Borrowing from trap, blues and rock, Li mimics the riff from a grungy guitar before crooning over it. Although on paper it shouldn’t work, En is an incredible opener, and breaks whatever preconception you may have had about Li going in.

裙姊 Sister is a glorious piece of throwback 90s rock mixed with hip hop beats, whilst also embracing some synth elements, making the track feel fresh yet familiar. Coupling this with lyrics relating to the Chinese classics and a celebration of traditional culture adds another fascinating layer, which is explored further in the video.

​This combination of old and new again rears its head to brilliant effect on Hou Yi 后羿, combining electronic sounds with traditional Chinese instruments: primarily the guzheng and dizi, all whilst telling the story of mythological hero Hou Yi alongside an irresistible bass.

In an album filled with experimentation, When I Look At You 我看著你的時候 provides welcome respite, with Li singing about a lost love, the sense of longing enhanced by the unexpected appearance of what appears to be an accordion. 歌謠 follows suit, a guitar driven ballad about how the songs he listens to reminds him of his hometown as he tries to break into adulthood. 少年, despite feeling slightly longer than it should be, has a unique musical structure, with the first third of the song entirely acapella before gradually building into an anthemic sing-a-long chorus which fills the last two minutes of the song.

Li does occasionally fall back into old habits. 戒菸 whilst enjoyable feels somewhat unremarkable musically, and likewise 就這樣 is Li on autopilot. Although these songs are by no means bad, when compared to other tracks on the album and the promise that Li has shown, they ultimately fall a little flat. Whilst the album and its corresponding visuals may be challenging for long time fans, Li’s commitment to exploring a concept through an album from start to finish without losing focus should be commended, as should his ability and desire to continually evolve as a musician. On En, Li proves once again that he deserves a place at the big pop star table, and that if you weren’t paying attention to him before – you will be from now on.