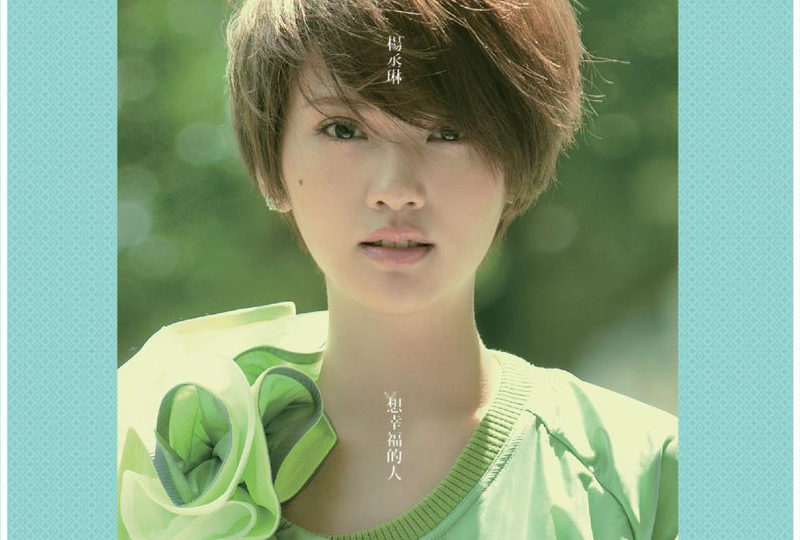 RAINIE YANG 楊丞琳 is finally back with her new album! After the wonderfulness that was her last album, I am really excited to hear this one! Her efforts in this album have been applauded by many singer songwriters such as TANYA CHUA 蔡健雅, JJ LIN 林俊杰, and WU QING FENG 吳青峯. Also, she has been praised by MAYDAY 五月天 for her transformation. I also hear that she has learnt new singing styles to suit this album. Hmmm… should you check it out? Yes you should.

Returning with her new album, we see a new Rainie, totally different from before. Looking back at all her old songs and videos, it truly has been a journey of maturity for her. Although the road of musical recognition and success may have been rocky , she’s made it in the end! From the first song to the last I was enthralled, enchanted and left wanting more.The first track , <忘了 Forgotten> showcased the new vocal techniques learned by Rainie that she shows throughout this album. The new technique takes the signature clearness of Rainie’s voice and blends it with an earthy texture, rather than the sweet, high quality of her voice from before. The catchy song with simply placed backing vocals and catchy riffs give it unique dynamics that
reflect the lyrics perfectly. All the lyrics throughout the album are meaningful and creative, but the lyrics from track 2 <想幸福的人 Those Who Want Happiness> which is also the song central to the album concept are my favourites. The song is about wanting simply happiness, nothing more, nothing less. Is it so hard to be happy, do we deserve to be unhappy? The touching lyrics are reflected in the purity of the piano part, and emphasised by the drumbeats and strings that come in after the bridge. Rainie’s voice is perfect for this song, and the lyrics capture the theme of “Wanting Happiness” with such accuracy and depth that it is hard to fault.

The third song in this album < 離開動物園 Leaving The Zoo> with the melody and production by Adia is my favourite upbeat song in this album. Adia’s best works to me seem to be of the upbeat and quirky kind; it is what he does best and this is definitely one to look out for.  The whimsical synthesised beats and the use of adorable backings (doo doo, ooo etc.) carries the message of freedom in a straightforward and accepting manner. I love the lyrics for this song too, as they are about bravely going out, leaving the zoo where everyone judges. If not, how will one find true happiness? It’s about trying and persistence, and finding hope in new journeys, so uplifting. The fourth track, <未来哈囉 Hi Future> is a real play on dynamics in all aspects, through Rainie’s voice, the backings and the instrumental. It kicks off with Rainie’s whispery style singing, keeping it grounded, and then switching into top gear backed by a strong electric guitar part.

The genre of rock I think is most present throughout this entire album, and works incredibly well with Rainie’s voice; this song is only one example. Furthermore she follows on with the theme of
moving forward, always forward and looking towards the future.  <不要對自己說謊 Don’t Lie To Yourself> is simply done, leaving the spotlight to Rainie’s voice with instruments such as the piano and electric guitar taking a backseat except during their solos of course. She sings this one like a real pro, the lyrics emphasise the emotive quality of her voice as she tells us to always be true to ourself. Her voice has a magical quality within this song,  oddly comforting and soul wrenching at the same time.

<愛, 啟程 Love, Departure> reinforces the importance of moving forward and letting go of past loves through a wonderful use of dynamics and showing off her high vocal range. Of course, there are the always-present love songs that she excels at, <自作自受 What You’ve Done To Yourself, You Must Endure> and <不敢說的懷念 Missing You But Am Scared To Say> where the lyrics skillfully steer towards the album concept of wanting to be happy, and doing what one believes will lead to their future happiness.

Track 8 < 一萬零一種可能   A Thousand And One Possibilities> is a upbeat track that immediately became one of my favourites. Rainie has truly, within this album changed the definitions of the rock genre to her own will, mixing within boundaries to make a flawless album. This track is high voltage rock, with plenty of electric guitar riffs, with a melody that shows off another dimension of her voice. The lyrics are simple, repetitive and effective at putting through an atmosphere of abandon, recklessness and impulsivity. For 3 minutes and 41 seconds, you can rock out and let go of all worries and problems.

I gave Rainie 4.5/5 for her last album, this time around her transition to maturation is complete and I have totally and utterly enjoyed every aspect and nuance of this album. It is clever, simple, meaningful, emotive and complete in every single way. I applaud Rainie’s courage in making the changes that she desired, leading to unimaginably brilliant results.