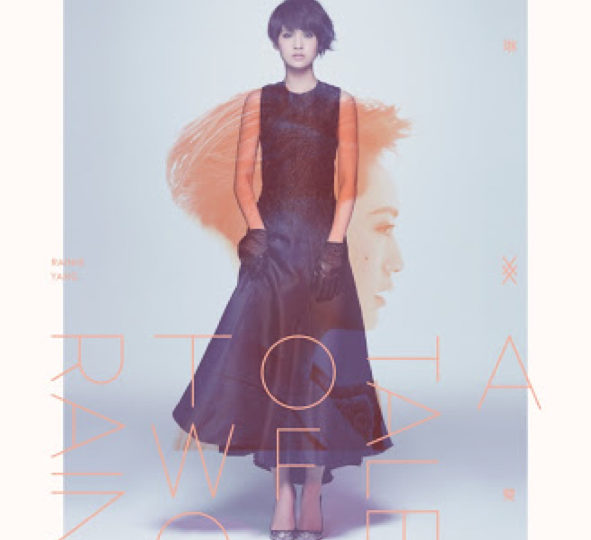 Rainie yang’s latest album <Tales of Two Rainie> has made itself out to be one of her most anticipated albums yet, with Rainie herself calling it the “most Rainie album’ that she’s released so far. The artist claimed to have a lot of her own creative input into putting this album together; but though I do think it was well-meaning, it sadly seems to have been misplaced with the album concept lost somewhere along the way, creating a Frankenstein mishmash of love ballads and upbeat tunes which come across as ineffectively bipolar more than anything else.However, there were some highlights to the album, including Rainie’s first single <点水walking on water> which is a recollection of Rainie’s past experiences in falling for someone and having unrequited feelings for them. Having her friend Lala Hsu on lyrics and melody working her magic meant that not only was Rainie’s voice able to shine through in its sweet clarity (perfect for a water-themed song), Lala was also able to create a sense of sentimentality which did give us a glimpse at the real Rainie under it all. Rainie’s vocals here subtly show off her versatility with sophistication, and is definitely one of the songs she performed best on within the album. The second track <我想爱I want to love> definitely had the potential to be a good song, and actually had one of the catchier melody lines out of the whole album. However I don’t appreciate the out of place english lyrics and the abrupt transition between the verses into the chorus, as well as the fluctuating and confusing dynamics of the song, especially in the second verse leading up to the chorus. Changing rhythm of the drumbeats in an unpredictable fashion throughout the entire song just detracted from its strong atmosphere. Furthermore, things just continued to move downhill from the bridge onwards where the fractures really started to show; especially with Rainie’s vocal improvisations which were weak and out of place in this rock-inspired track.

The third track moves back into a serene mood with <失意的鲸鱼The goldfish without memory>, a simple ballad that does really well in sticking to a piano arrangement, and then adding layers tastefully to the instrumentals to build up the dynamics. I especially love the weaving in and out of the clarinet as I feel that in combination with the piano trills really allude back to the idea of water and goldfishes swimming. However, I do feel the lyrics were a little off point, as they didn’t really explain the beautifully constructed title at all and just sounded like typical love song lyrics to me.
Her fourth song <掛失的青春the list youth> turned out to be an ambient blend of rock, but was a little too heavy on the traditional rock arrangement for Rainie’s crystal clear voice which sounded a little weedy in comparison. Vocals-wise, Rainie’s a little too controlled for my liking, with little change in dynamics or improvisation throughout the song on her part, making it all sound very one-dimensional and repetitive. Next time, I say she should focus not on the quality of her voice in the song, but on the colour that it is able to add to it.

A friend commented to me that her fifth track,  <下一個轉彎是你嗎>(are you waiting for me at the next turn) sounded like it came out of a Disney princess movie which on second listen, I actually agree with. I also think her voice sounds absolutely beautiful in this song as any Disney princess’ voice should, but once again, it’s all starting to sound a little repetitive to me. However, this time it’s the arrangement that I am in disagreement with; too heavy drumbeats and little else to elevate the buoyancy of the song leaves it feeling empty at times with little Rainie can do about it. Also the song to me is about two choruses too long, with both of the last choruses trying to climax, then coming down again only to try to top the previous climax. A little strange overall.

Her sixth track <差一個擁抱Missing an embrace> is one of the songs which did better in terms of keeping to a fluent flow as well as providing an interesting listening experience for audiences throughout the song. Rainie’s voice is definitely to be appreciated in this song, and they’ve finally gotten the mix of her voice with electric guitars to a good level where neither are overpowering the other. One qualm I have with it though, is that Rainie’s backing vocals are too light and airy to provide any real power to the song. The seventh track <其實我們都能幸福Actually we all deserve happiness> is another of my favourites which I feel fits Rainie perfectly, this time both lyrically and melodically by reflecting a serene point in her life where it’s time to look back on her achievements, but also to continue looking for a real sense of fulfilment outside of her career. Beautifully sung on Rainie’s part, I feel she encapsulated the lyrics perfectly on this song, more so than on any other song on this album, with the entire song relying on her voice to make its impact.

The eighth song, <喜劇收場The show’s over> plays to Rainie’s strong suit with a jazzy piano arrangement and strings. A couple of the lines of the lyrics also resonate really well with the melody! Once again, Rainie’s leading the show again with her impressive dynamics. The last two songs <怕scared> and <懂得自己> are nondescript ballads, but at least the lyrics are more reflective of Rainie herself here, rather than generalised as in some of the previous songs. Also the constant changing of tempo in <怕> with about three different climaxes is just confusing. With the added key change along the way, it’s just overkill for a song that should have been cleanly dealt with to achieve the best results in the first place. Over-stimulation again is present in <懂得自己> with strong downbeats and constant emphasising in places which do not need to be emphasised in the first place. Rainie’s voice does well in this song, so I really feel that the arrangement was overkill.

The only thing that really comes through in this album on the whole is an over usage of syncopated drumbeats in at least half of the songs, constantly stimulating and confusing listeners to the point where they just switch off. Such horrendous mistakes in the arrangement really threw me off track, and make this album one that I can’t listen to more than twice in a row without it doing my head in. I can still kind of see Rainie’s concept coming through a little by the end, but on the whole, I feel a lot more work needs to be put into the music itself, especially in terms of creativity of arrangement and interesting structures within the melodies for this album to become conceptually whole. Quite disappointing as some of these songs really do have some potential, only for it to be maimed to death by overused instrumentals. The only part of the album I truly appreciated in some songs was the versatility of Rainie’s voice, which really is coming into a presence of its own. Maybe with a little more concrete direction, her next album will be able to stand more rigorous tests than this flimsy wreck.