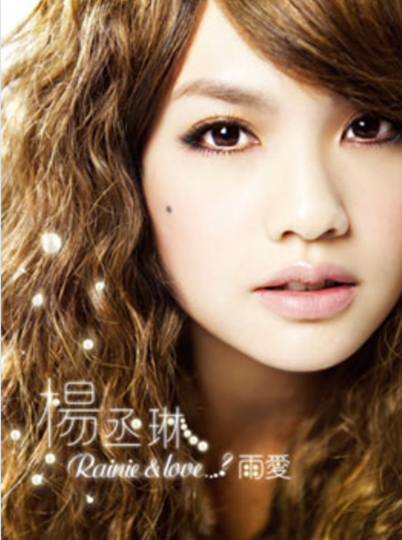 <Rainie & Love> is Rainie Yang’s 5th studio album, showing that she has come a long way from first starting out as a group <4-IN-LOVE>, and then branching out on her own. The album mostly includes upbeat and cute melodies, such as <要我的命 Want My Love>, but also includes some slower tracks, such as <雨爱 Rain Love> and <二度恋爱 2 Degrees Of Love>. Both of these tracks show off Rainie’s vocal range and gives the album a well-rounded mix of upbeat melodies and slower and more soulful additions. She also duets with fellow singer SHOW LUO 罗志祥 in the tasteful <In Your Eyes>, a sweet duet with likeable harmonies.