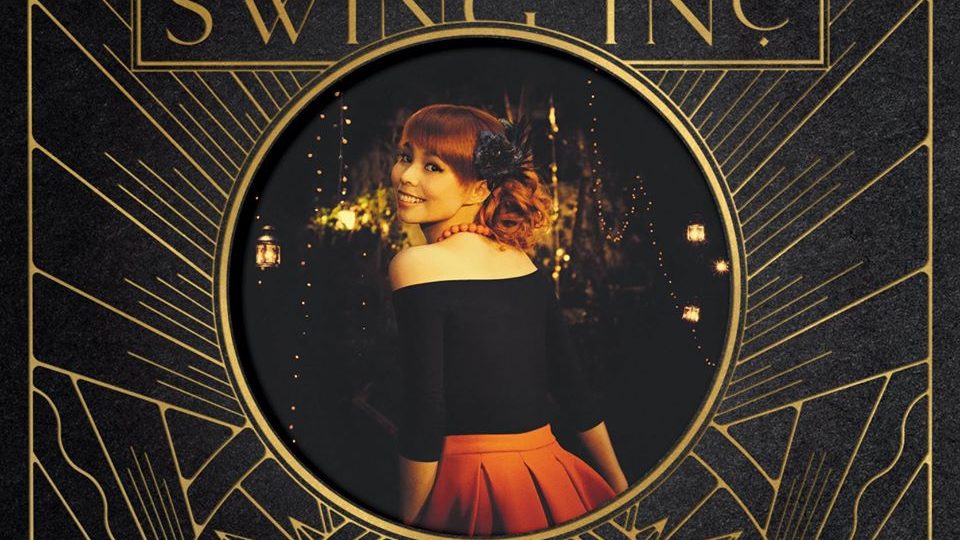 When one listens to Peggy Hsu’s music, one enters a whole new universe created note by note by Peggy herself, and her creative team of course. This time around with her latest album “Swing Inc.”, Hsu transports us back to the Swing era of the 1930s-1940s; but of course with her own unique take on the genre. This album is even more immersive than the last; Peggy’s lilting voice seems to have adopted a little of the dulcet tones of crooners such as Billie Holiday. Keeping her tone light and sweet as always, Peggy’s timbre seems a little richer this time, and I even noticed that the frequency of her melismatic singing style which was previously more relaxed as heightened in frequency, reflecting her dedication to perfecting the art of Swing music.

First listening to this album in the sweltering heat of Taipei’s weather, something to me was not right. Uncomfortable subway commutes and listening to snippets of her album while waiting for appointments or meet-ups with friends, there seemed something very wrong with me treating Peggy’s music in this manner. Indeed, so rich and vivid is the concept of this album that for me, it has to be listened to in the right place, at the right time where perhaps the crisp feeling of autumn against the backdrop of melancholy guitar acoustics in “Autumn Swing” would not be jarringly interrupted by the blazing heat of a Taipei summer’s day. Because that wouldn’t be fair to Peggy at all, would it? ​The theme of “Swing Inc.” is deliciously simple and easy to digest. So much so that I am unwilling to pick apart each song in too much detail, inadvertedly drawn back into the mysterious Tango of “Mystery Lady”, Peggy’s pert indignation in “It’s Not My Fault”, or how could one ever forget the chillingly gothic, yet beautiful “A Letter to Mr. Tim Burton”. But…since I’m already here, might as well give it my best shot, right?

Working with many influential Jazz musicians within Taiwan’s music industry like Shawna Yang to piece together this album, it contains several classic Swing tracks which pay homage to the quintessential Swing Big-band sound, starting off the album with “Midnight Swing” and bringing the album to a close cleverly with “Mr Dove”. “Midnight Swing” incorporates sound effects that hark effectively back to that time, such as voiceover radio effects, as well as wonderfully inviting ragtime piano arrangements that feed through the whole song. The song then ends on a minor note, cleverly setting the scene for the second track, “Gypsy Life”.

As referred to by the name, “Gypsy Life” is a Swing piece inspired by the Gypsy Swing style, with a strong Russian/Spanish influence to it by the use of violin and abrasive, larrikin chords on the acoustic guitar. However, I like how Peggy’s managed to modernise the song and turn it into her own version of a Gypsy Swing piece, included several electronic influences especially in the chorus which give it a refreshing feel and drives the song forward with a feeling of urgency. Perhaps reflecting upon the meaning of the lyrics, the song denotes a sense of jittery energy and an urgency to be free and to follow ones’ heart.

Two especially stunning thematic pieces I’d like to shed light on would be the fourth track “Mystery Lady” and fifth track “A Letter to Mr. Tim Burton”. Both are not technically pieces which directly link back to the Swing scene in 1930s America, but of course are interconnected in different ways. “Mystery Lady” is a Tango-inspired piece, a genre which originated in the Swing Era, but of course in Europe rather than America. Once again, we see a modern influence come to light in this song with dubstep beats which propel the compelling storyline forward. Of course with a mysterious song, comes an equally mysterious story. In this song, Peggy sings of a mysterious lady and describes her in vivid detail. A wonderful storyteller, Peggy tells it all but at the same time leaves so much to the imagination, throwing us nuggets of information about her, but shrouding the beautiful woman’s story in mystery once again by the end of the song.

The fifth piece in this album “A Letter to Mr. Tim Burton” was one of the first songs to etch itself into my memory. Accompanied mostly by sound effects and a melancholy piano, the song is filled with gothic influences inspired by director Tim Burton’s films. Its relevance to the Swing era? The piano arrangement is slightly Jazz inspired, but also has a gothic feel which could reflect upon the prevalence of the gothic literature genre in the 1920s and 1930s, especially in England. One of the most atmospheric songs in the album, the track starts with the sound of words scratching on paper, before Peggy sings her heartfelt letter to Mr. Tim Burton, her adoration for his stories and professes falling in love with a boy with buttons for a heart. With the clicking and whirring of film reels in the background when she sings of her love for his films and the continuation of scratchings of pen on paper and pages flipping, this adds yet another later to the beautiful arrangement. The melody in itself and the lightness of Peggy’s voice against the piano is incredibly awe-inspiring, but chilling at the same time. The sounds of the book pages flipping is even used as a beat in one section of the song, where electronic beats are used to darken the atmosphere too. My favourite part of this song is when she sings the last two lines in the last round of the chorus where she sings “Those grey, ghostly, humorous, mysterious, sad, dreamy, lost, returning…are my unreal life”. With each adjective she uses to describe his music, you can hear a change in the atmosphere of the song to try and fit each description which I find truly magical. Certainly one of those songs which you keep thinking back to long after its conclusion.

“Mr Dove”, the last track on the album is one of my favourites for its cheeky storytelling ability. Starting off with a short dialogue between Peggy and Mr. Dove, I find that Peggy’s Jazz-inspired singing style shines through most in this song, and is a pleasure to listen to. It is also to me a most accurate representation of the Swing style at its peak; a homage to its gregariousness and fun-loving nature. Even if it’s just a cute song, I’m happy to revel in the humorous and whimsical story and the ups and downs of the absolutely stunning big band arrangement, big brass finish and all.

Although I only reviewed five songs on this album, I can assure you that every single song on this album warrants a listen to. These are just some choice picks of mine which show the varying nature of the album, and emphasises the thought that Peggy put into making this album. This is no claptrap job, that’s for certain. Peggy has certainly outdone herself with this album, and days after the one year mark of this album’s release, I’d like to congratulate her on a job very well done. Stunning in execution and a very well thought-through theme with insightful additions both in terms of the style of the lyrics, and the arrangement of the music. So if you’re ever in the mood to feel just a little classy, I’d recommend to take a walk on a beautiful day with Peggy’s album as she transports you back to her magical land. You can thank me later.