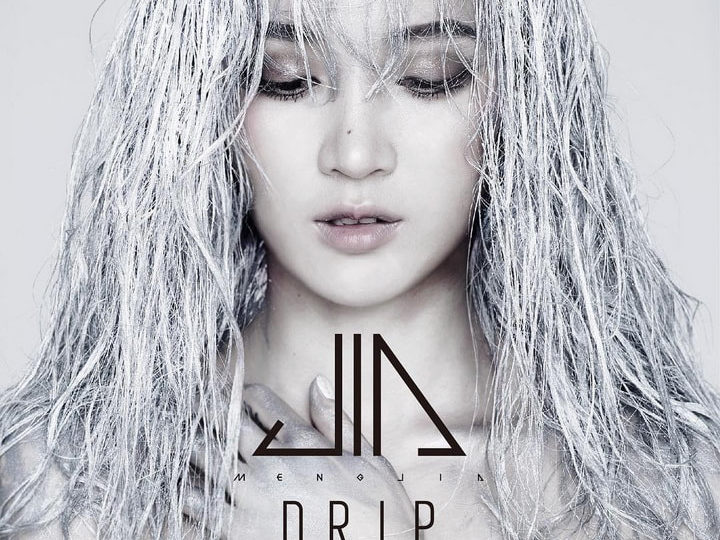 Over the past several years, there has been a new wave of K-pop artists making their way into the realm of C-pop. This includes the likes of Luhan, Tao, Victoria Song and Kris Wu to name a few. In addition to that, one of the latest female acts to crossover includes Jia, a former member of the JYP’s Korean girl group, Miss A.

​As Jia’s contract with JYP Entertainment expired in 2016, she decided to take her talents to the world of C-pop in attempts to tap into the Chinese music market. She signed with Banana Culture Music, to begin her activities as a solo artist. The former Rapper and vocalist of Miss A have also redefined herself by going with a modified name in “Meng Jia”. This coincidentally ties back to the title of this solo debut EP album, called “孟佳JIA 首張同名EP” which directly translates to “Jia’s Debut EP album”.

Originally, from Loudi, Hunan, China, this is Meng Jia’s first time releasing a music album in Mandarin, her mother tongue. Overall, “Jia’s Debut Ep” is very straightforward and simple, with filled with tunes with vibes that are easy to catch. It entails three upbeat songs with sounds familiar to the listeners of K-pop and Western American pop music.

As a solo artist, Jia promotes a very different image than during her Miss A days. Through this album, we are able to see more of Jia as an individual revealing a different persona which was rarely shown during her JYP days.

Jia promotes a rather fierce image that challenges the boundaries of many contemporary female Chinese pop artists who in contrary, often portray a more feminine, delicate, soft demeanor. This interesting development can be seen in how none of the songs in this album conforms to the stereotypical fluffy-pop ballads we are used to hearing in a lot of mainstream Mandarin music. At the same, this EP showcases Jia’s desire to show that she is a strong independent woman, who is not afraid to own who she is and is very comfortable in her own skin.

‘Drip’ is an upbeat song, heavily influenced by the sounds of hip hop along with a touch of EDM. This song is rather suggestive and really stands out compared to many of the more conservative C-pop ballads out there.

Lyrically, the song isn’t particularly deep but it definitely catches the listener’s attention. Jia utilizes role to become a curious character who isn’t afraid to express herself sexually and tells us exactly what she wants. She teases listeners with very expressive lyrics, that provokes a “dirty vibe”, which is tolerable but may make some feel very guilty for listening to the song. In that, the sexual nature of the song isn’t normally accepted in rather conservative music cultures in Taiwan, Korea and other parts of Asia which even more clearly shows how the decision to go for such an image is interesting and puts Jia apart from others on the scene.

Technically speaking, you can experience and feel the calmness of Jia’s voice in Drip, as she weaves through the melody, making you relate to her words.The chorus entails the words “I make it Drip, Boy”…which is more than self-explanatory, and we will just leave it at that.

Overall, the song has a catchy electronic beat that is addictive and makes you want to re-listen to it time and time again. Jia certainly pulled it off quite well, especially considering that the theme of this song is rather daring and can certainly offend some of its listeners.

“Who’s that girl” is an honest song with a meaningful message. It gives us a closer look at some of Jia’s more personal thoughts, as she shares some of her feelings about her personal journey over the past several years. She mentioned that she played a huge part in writing the lyrics and the song holds deep meaning to her.

The song can be very relatable to its listeners, as many of us occasionally find ourselves full of self-doubt, insecurities and not knowing what the future holds. To fully appreciate “Who’s that girl” , it may require several listens, as it is a very fast-paced song and the lyrics may be hard to catch all at once.

Musically, this song may sound like many urban western Pop and R&B songs out there today, and there is no coincidence here. “Who’s that girl” is a collaboration with producer Brian Lee. who has worked with very notable western artists including Justin Bieber, Lady Gaga, and Fifth Harmony. Jia executes every area of it quite well, and flawlessly transitions from the chorus to the rap segments, showcasing her versatility as an artist. The song also has a bright melody that is very memorable and easy to hum along to.

Overall, there is something so calming about Jia’s singing voice, that brings comfort to listeners. Jia sings in a lower octave than most female artists which is something that makes her stand out vocally. The calmness her vocals evokes reminds me a lot of a singers like A-lin and Jia Jia (家家). Although they are slightly different artists, they give off similar vibes. Every time I hear their voices, it instantly puts me at ease and I can keep listening for hours.

‘Candy 糖果’ is a song that is “really out there” for me. The song is produced by famous South Korean producer, Shinsadong Tiger, and uniquely fuses urban hip-hop with EDM music.  Initially, it may be rather hard to focus on the lyrics, as the catchy electronic beat dominates the track and draws most of the listener’s attention.

However, after a few more listens, one may start to realize that the style of the song is a quite unique compared to the sweet bubble gum style of music, common in the Chinese music scene. This song metaphorically uses candy to describe the subject of love. Interpretations may vary, but the song appears to remind us that, sometimes people portray a sweet exterior like Candy, especially during early the stages of friendship. However, they will eventually show their true colors, and over time you will get a “real taste” of what that person is all about.

Once again, there may be alternative interpretations to ‘Candy 糖果’, but nonetheless, the track appears to share a very genuine message in a unique way. Through ‘Candy 糖果’, you also get to hear Jia’s talent as a rapper. She seamlessly rips through the track with a smooth demeanor and shows us why she was considered a very good rapper during her K-pop days with Miss A.

Conclusion
​In conclusion, this is a short but powerful album that gives Cpop listeners a taste of what “Meng Jia” is all about. From an image standpoint, the EP does a great job in helping Jia forge a new path into the world of Cpop. She pulls off a rather fierce image, as a confident woman and this originality can potentially make her stand out and garner the interest of new fans.

From afar, it seems like Jias doesn’t want to be deemed as another love ballad singer which is shown via the context of the songs. Some of Jia’s longtime fans also get a chance to better understand her through the subjects she touches based on, regarding her personal transformation and growth as an individual.

If there is one thing I think that could be improved for this album, is the authenticity of the songs. All tracks sounded like something I have already heard before. Avid listeners of K-pop and American music might get the same feeling as well. Additionally, there isn’t really a consistent theme within this album. This is not right nor wrong, but it may disappoint those who were in search of one.

One could say that this album was more of an experimentation of different songs to showcase Jia’s versatility as an artist. Going forward, this EP may be a good starting point to help Jia capture the attention of mainstream audiences in the Cpop market. Meanwhile, it may also act as a conduit that brings more international audiences from the world of K-pop and American music to discover and explore Chinese music.