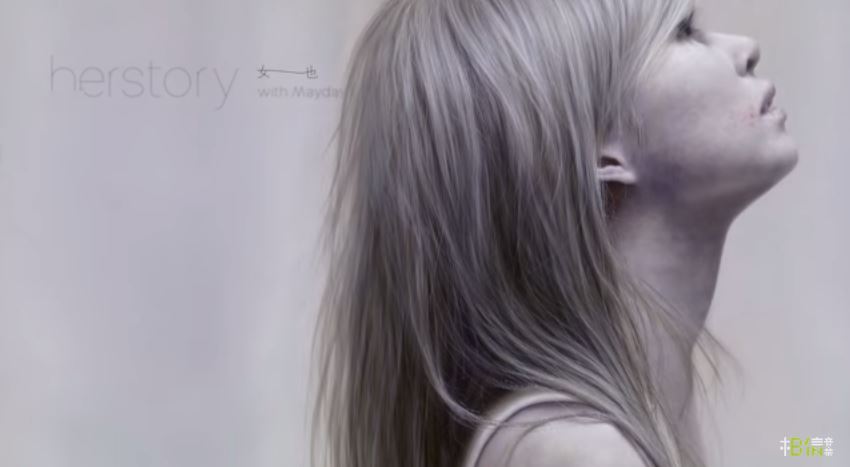 Taiwanese superband Mayday’s album is a little unlike the rest that they, or anyone else for that matter-have ever done. Reversing and expanding on a concept that JJ Lin has previously used in his album <She says她說> where he sang famous songs he had written for female singers in the past, Mayday have added their own layer of meaning to the mix with an album that invites female singers and their respective creative teams to remake their well-loved hits into their own signature style. Mayday knows their game, and they certainly play it well. Understanding their staying rights as copyright holders and understanding how much buzz the combination of some of the most popular female voices along with some of their most classic hits would create, it’s no doubt that they will be raking in the moolah with this album. And they literally don’t have to lift a finger (almost) in the creative process! The cleverest marketing concept that I’ve seen in the music industry in a while, this album is a solid moneymaker with an underlying concept of womanhood pitched in for good measure and artistic value.

The photographs accompanying the album are stunning as they are grotesque, sultry and macabre; clearly an artistic representation of women who have been repressed by society-they are our carers, the ones who hold families together yet are torn from the inside out by societies who still consider them second to men, and objectify them sexually. I can clearly see this unique tinge of solemnity that hangs in the air throughout the entire album, a feat that is admirable considering the logistics of such a unique album.

So aesthetically speaking, by looking at the album artwork, the way they’ve marketed the album and music videos, the album is pretty much foolproof. But let’s not forget what we’re really after-the music. And this is where in my opinion, cracks start to show.

Something about the arrangements tells me that this album was not as organically put together as mayday might like it to seem. Maybe it’s the fact that pretty much every song is over 4 minutes and 30 seconds long (many ending up around that mark). Or that quite a few tracks including Lala Hsu’s “Suddenly missing you突然好想你”, Fish Leong’s “Gentleness溫柔”, Gem Tang’s “You are not really happy你不是真正的快樂” and Wanting Qu’s “Life has a kind of definite生命有一種絕對” have a random segment somewhere near the end of the song where they basically seem like they’re trying to fill space for some reason or other with meaningless interludes.

A good cover album is hard, really really hard to pull of well. The whole idea behind covers are that you feel you can breathe new life into the song, and that’s why you do it. In order to pull it off spectacularly, you really need to have an emotional connection to the songs you are covering. But in Mayday’s album, it feels like they’ve planned and strategised this to perfection from the beginning. Even if they didn’t actually say “Lala, I want you to do a cover of “突然好想你Suddenly missing you” because we think it would suit you best” , by giving these artists a very narrow selection to choose from, ie Mayday’s classics, they are restricting their creativity. I know for a fact that these artists don’t have any (or only a marginal) emotional connection to these songs which is why they couldn’t pull off the songs as well as they possibly could. It takes either an extremely versatile and intuitive artist to pull off a song under restricted circumstances, or a less versatile artist who has an emotional connection to the song. But the latter is always a risky approach to take, no matter how good the artist is. Each song should have a story; this is the entire concept of Mayday’s “Her Story” album however this album has been kind of hit-and-miss for me, presenting stories of their artists in slivers and fragments, almost never whole. But in saying that, I have to say there was definitely something about each and every song in the album I really appreciated in some way or another.

Wanting Qu’s rendition of “生命有一種絕對Life has a kind of definite” was definitely a song that was suited to her raspy, persistent timbre. I had no problems with her vocals on the song, but the arrangement seemed wishy washy and like it wasn’t going anywhere, with some random tinny backing vocals in the back and a strange segment near the end which didn’t fit seamlessly into the song.

The second track, Sandy Lam’s version of “盛夏光年Summer Love” was in my opinion the most phenomenal execution on the entire album. Seamless from start to finish, Lam’s voice and her production team’s arrangement wove itself smoothly through the well-loved melody, truly breathing new life into the song. With this ephemeral and otherworldly feel, Sandy has truly transposed her sound, heart and soul into the song. My complements to the producer as well, the arrangement and mixing created this effect of sound coming from all directions, leaving me amazed and mystified in equal capacity.

As for “突然好想你Suddenly missing you”, I saw a solid effort from Lala Hsu and producer Chen Jian Qi. Following a basic orchestral and piano arrangement, Lala’s voice was a true show-stopper here. I could hear how much she truly understood and internalized the lyrics from the way she sang the song. The only qualm I have here is that I would have liked to see a little bit more of Lala’s personality in the beautiful but plain arrangement, and also that I think the song went on for one chorus too long.

We also see soon-to-be international megastar Gem Tang doing her own rendition of Mayday’s “你不是真正的快樂You are not really happy”. Honestly, I liked the live version she sang on ‘I am singer’ better than this one which she worked on with her producer Lupo Gronig. Props to her for really changing up the song structure (she split up the chorus into two sections), but I must say that she should be mindful of the aesthetics in doing so. I didn’t think the splitting of the chorus was necessary, but at the same time I liked the bridge she did where she spliced in bits of Mayday’s “溫柔Gentleness” and changed the lyrics a little. In general a mediocre job in my opinion, as I could see elements which had been borrowed from her previous songs stuck in there too (the ‘ooos’ at the start). And in general Gem’s songs all pretty much have similar arrangements, so wasn’t surprised, and wasn’t that impressed.

I thought it was pretty cool how Gem’s song kind of hinted at the song that was to come next: Fish Leong’s rendition of “溫柔Gentleness”. I think this song was definitely in the right hands with Fish and her creative team who turned it into a true signature R n B track that suited Fish’s style exactly, light, relaxing and pleasant to the ear. However this was one of the tracks where there was something unecessary added near the end. The bridge completely changed the tom sphere of the song in an abrupt way, from something light and bubbly to something a little darker, which I’m not sure how to feel about. Definitely thought this was the right choice for her though.

Jia Jia’s jazzed up version of “我不願讓你一個人I won’t let you be alone” was stunning in its simplicity. Arranged by the brilliant Martin Musaubach (and produced by Bing Wang), both Jia and his playful personalities came together to create a song that was sweet, charming and just with a tinge of sadness added for good measure. A solid effort which I enjoyed immensely. Kay Huang’s “我心中尚未崩坏的地方The place in my heart that has not yet been destroyed” was similarly a good and comforting effort.

Another song which was spot on in its execution was Waa Wei’s take on “Viva Love 愛情萬歲”, where the arrangement was still rock-based, but when paired with her wispy and seductive vocals, came together to create a whole new listening experience altogether. Sensual and seductive, a must-listen which was put together with care and precision.

Missed opportunities included Eve Ai’s “Like smoke如煙” and S.H.E’s “離開地球表面Leaving the face of the earth”. For those of you who read my blog/website regularly, you’d know I’m really into anything acoustic. So I was really excited when I first heard Eve Ai’s stripped down rendition. However the arrangement kind of went stagnant after a few minutes and there was nothing really buoying the piece and moving it forward in the arrangement. Definitely if they could have upped the tempo or done a more intricate and fulfilled arrangement it would have caught my attention AND kept it. Absolutely loved Eve’s vocals though, possibly my favourite in the entire album. S.H.E’s EDM take on “離開地球表面Leaving the face of the earth” left the their voices sounding tinny and lacked emotion. Sadly, this was one of the songs I had most anticipated from this album.

All in all, there was just some things missing from this album and places it could have been improved on. But i nonetheless enjoyed this unique listening experience and the creativity it stood for.