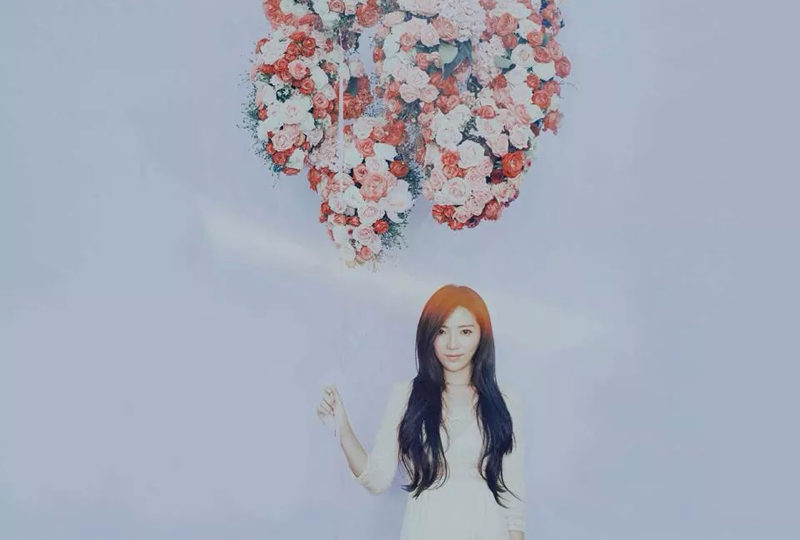 Maggie Fu’s return to the music scene after thirteen long years was definitely one pulled off with great promise. With the help of a couple of good friends and the bravery to ask for the help of some very talented composers and lyricists, she put together her 6-song EP < 愛, 這件事情 This Thing Called Love>. Each and every song on the album was well arranged and produced with the help of the likes of Skot Suyama, Christine Welch, Penny Dai, Vincent Fang and many other greats within the Taiwanese music industry, but I’m afraid that in the midst of such grand collaborations, Maggie’s real voice and personal touch in her music was a little lost this time around. Each song a stunning masterpiece, none of the high ranges, dolphin pitches or any other vocal techniques are too great for Maggie’s beautiful voice to withstand. But the versatility of her voice has instead become a curse rather than a gift, especially in the first two songs of the EP.

< 愛, 這件事情 This Thing Called Love> was composed jointly by Skot Suyama and Christine Welch, and has done well on the KKBOX charts as the theme song for the Korean Drama <Doctor Stranger> in Taiwan. I think Vincent Fang did a great job adhering the lyrics to the softness and gentility of Maggie’s voice, with phrases that are seamlessly pieced together to create a heartbreakingly bittersweet story. However on first listen, I actually thought that the song was sang by Christine because of how similar Maggie’s voice sounded to Christine’s in the song. Perhaps it’s just that the melody is very uniquely Christine in some aspects, but I do feel that Maggie could have added much more of her own personal voice to the song. In her acoustic version of the song Maggie seems to be a little more comfortable with switching around the melody of the song, once again returning that personal touch to the song that I was looking for all along. I especially love how Will Peng (zai zai) arranged the song into a duet for her and Ape Kao, with harmonies to die for and a orgasmically organic arrangement that fills you right up with a strange energy and warmth when you need it most.

The same goes for <再一步 One More Step> written by Golden Melody award-winning singer-songwriter Penny Dai. I especially love the cleanness of the melody line against the rock-inspired arrangement-the clash of opposites just creates a whole new atmosphere for the song, reinventing the rock ballad with such pretty and understated melodies and more of a crooning vocal technique used by Maggie. However, I still can’t get the image of Penny singing this song rather than Maggie when I listen to it. She sang it beautifully, but I really would like to see her take a few more risks rather than following the voices of others before her.

< 情時多雨  Rains When Emotions Are High> is a contrast of warmth with coldness; the simple pluckings of aa acoustic against the tinkling of icy keys are all  brought together in the nuances of Maggie’s voice in this song. Hot and cold, she catches each emotion with precision and finally I can hear the true sweetness yet honesty that her voice encompasses like no one else.

As a singer-songwriter herself, Maggie was actually responsible for writing the hit <December Rain> way back in the day when she was last releasing albums in Hong Kong, and here she sings it once again. I think her voice is undeniably beautiful in all the songs on this album, but there’s something different about this song. The cool, sweetness of her voice lightly caresses the ear against the backdrop of nothing but a simple guitar arrangement but yet being able to capture the ears and hearts of all who are listening is truly a feat to be reckoned with.

Not to mention the Cantonese track <绝 Absolutely> which she also wrote and composed by herself further creates a stronger image of her as an extremely talented songwriter with her own unique sound, which I really would like to hear more of.

Overall, Maggie’s voice is coming through a little, but not as strongly and clearly as I had hoped for. However, her voice is so irresistibly beautiful to listen to with all its different dimensions and levels that it’s always a pleasure listening to her music. An interesting EP chock-full of solid songs with listenable melodies; can’t wait for her next full album, and to see more of her own works!