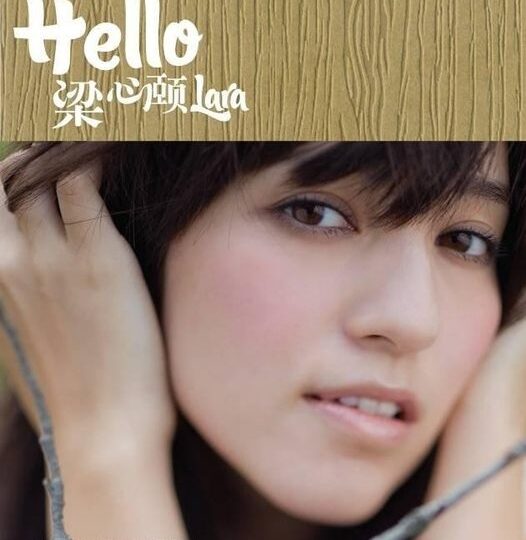 LARA VERONIN 梁心頤, most well-known as one-quarter of the popular Taiwanese band NAN QUAN MAMA 南拳媽媽, has released her new debut album titled <Hello Lara>, as she says this album is to be like an introduction of herself to any listeners. A talented songwriter and lyricist, Lara has prominent input in this album, writing melodies for two of the songs, and lyrics for 9. Her lyrics are simple, but meaningful, and although unlike other artists who like presenting different styles in different songs to encourage popularity, most of her songs are similarly styled, but all listenable in their own ways. <Everything>, the first track on the album is paired well with a wood guitar, giving it a fresh and clean sound. Her clear and unique voice adds to the refreshing sounds of this album. Another song to look out for is <胡椒與鹽>, which is a little different in terms of style from the others, with an electric guitar backing up this fast track, giving it more of a rock feel. Songs such as <当秋天遇上秋天> and<因为你> have meaningful lyrics and patterns which make songs such as these her very own. Unusual for an artist in the Taiwanese music scene, Lara has penned a English song, titled <John>, putting the Eurasian singer apart from the rest.