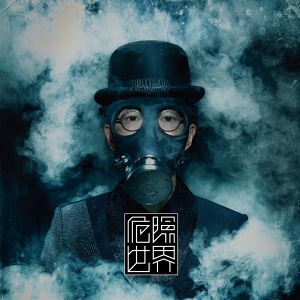 With KHALIL FONG 方大同, its always fun to see what new things he’s been experimenting with or playing around with, but at the same time, he is one of those artists who has found a definite and very clear signature style on top of which they are able to build their musical direction for each album, no matter what it may be. When I heard JAM HSIAO 蕭敬騰’s <Say A Little Something>, I knew it was written by Khalil straightaway. But although nowadays he’s been dabbling in a few other genres such as blues, soul and a more electronic sound, when I heard a clip of his song on the radio, before his voice even came on, I knew straightaway who it was. His innovativeness has earned him a place as one of the freshest and most well respected new sounds of the Taiwanese music industry, and if anyone is able to pull the music scene out of the slum that it’s in now, Khalil’s the one to do it, by bringing with each album a message of peace, and his passion for music.

In this album, he attacks the problems of world peace and disaster which we are certainly facing by the hordes right now in his first two tracks <Dangerous World> and <Peace>, adding elements of funk and hiphop to his repertoire with a little tinge of classical in <Dangerous World> , bringing on all the soul he can muster in <Peace>  featuring the velvety-voiced Tia Ray. But even in times of Danger, Khalil knows how to not only make us aware of the danger around us, but also to be comforted by the little beauties of the world around us. He does so in fresh tracks such as <Little Khalil> (his life story is definitely one you should hear), <A special person>, which is one of my favourite songs, and <Love is not coming>, a hip matchup with rapper Miss Ko, showing a undeniable passion for rhythm and creativity in Khalil’s music always.

But Danger is around every corner, and Khalil effortlessly makes you scared yet interested enough to listen on in his snappy track <Black White Grey>, which like its name, tells you succinctly that there are blurred lines in this world, and to be careful of what you say and do! The arrangement on this song is as clear cut as checkerboard tiles in an ironic but skilful twist; everything is clean and sliced to precision with zero fuzz in between, yet works together so seamlessly like a well oiled machine. That’s Khalil for you always!

Those are some of the highlights of this album for me, but as always, Khalil has found the perfect formula of innovation with his own signature twist, and is sticking to it in ways that amazes fans new and old, but never ceases to please and familiarise. I think Khalil’s voice was a little off though throughout the entire album; it sounded a little less powerful than before and so lost a little oomph throughout the album. However, I think Khalil was aware of that (perhaps taking it easy after his surgery?) and chose to stick to a selection of songs that were as easy on his vocals as they were on the ear, throwing in a mishmash of rap tracks and even a use of falsetto to make up for it. Artists who know where their flaws lie and try their best to make up for them are the ones that really make it big and Khalil is definitely one of them.

Overall, an album I truly enjoyed, well done Khalil! Looking forward to the next one!