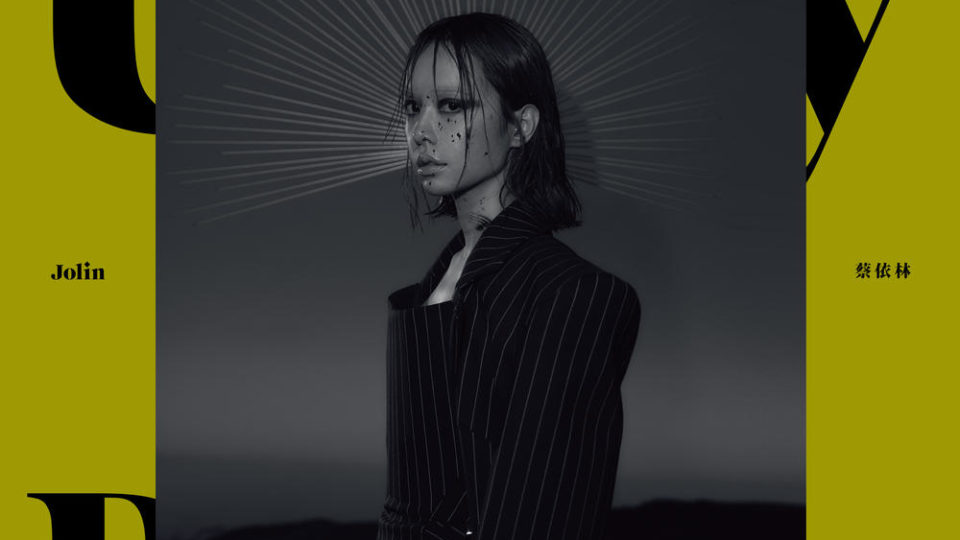 By Matt Taylor
​
It’s been a long four years for fans of Mandopop superwoman Jolin Tsai 蔡依林. Although she’s been keeping herself busy by dropping the occasional single whilst in interim, the last time Jolin truly commanded our attention was with 2014’s commercial blockbuster PLAY, which was packed with bulletproof hits and elevated her to a new career peak. With expectations so high, it’s perhaps not so surprising that she took her time in preparing a follow up.

Thankfully, the wait is finally over. As 2018 was drawing to an end, Jolin finally unleashed her 14th studio album UGLY BEAUTY 怪美的, smashing pre-order and sales records in the process. But the question is: does it live up to the hype?

To create this record, Jolin brought in over 100 musicians from Taiwan, Thailand & Sweden, and even took a direct role in the development of six of the tracks, something she has traditionally shied away from. At the helm of production is Golden Melody Award winning Starr Chen陳星翰 who, alongside working with Jolin previously, has produced songs for A-mei 張惠妹, Dwagie 大支 and even Butterfly簡愷樂. Also making production appearances are Razor Chiang剃刀蔣and one of the hottest names in Taiwan hip-hop ØZI.

Thematically, UGLY BEAUTY promises to be a concept record of sorts. Jolin had mentioned that every song would take a unique approach into analysing the beauty found underneath the ugliness of life and misunderstood definitions of perfection. Indeed, by doing so the album attempts to play a role in redefining what beauty truly is.

Almost dystopian in its production, album opener Necessary Evil 惡之必要 is the mission statement of the album, and flawlessly sets the tone of the record. Over sparse trap production, Jolin raps about how nothing is resolutely good or bad, and that a little bit of evil is necessary in the world as it makes you confront and accept your weaknesses (I don’t need to blame myself for being born with a negative side / I was actually born to study my darkness. In the past she strived for perfection and felt defeatist when she couldn’t achieve it, and as a result questions society’s need to only focus on perfection and positivity, making people ultimately feel like failures.

She even refers to how she mocked her own out of tune performance after netizens bullied her to try and get the hurtful commentary to stop (The bullying is cruel, the emotion is spreading, it’ll stop once I stop looking / Even pain doesn’t give me the power to linger / When I’m out of tune, I need to be self-deprecating). It’s okay to embrace darkness, as to have a dark side is to be imperfect, which is to be human.

​Womxnly 玫瑰少年 is a track with several important layers and is this record’s ode to the LGBT community. The inspiration for the song was a young boy named Yeh Yung-chih (known as Rose Boy 玫瑰少年). Terrified to go to the restroom due to relentless bullying from his classmates about his perceived femininity, he fell unconscious after falling and hitting his head when visiting during class-time (Jolin featured a short video of his story on her most recent PLAY World Tour). The song itself not only pays tribute to him, but laments the ignorance of society and questions its gender requirements, and instead promotes freedom of our own bodies. Roses may have thorns, but they are beautiful, and being beautiful and blossoming into who you are is the perfect revenge.

Whilst the production may not feel particularly fresh, Womxnly is arguably the most important song on the album and is a welcome addition to Jolin’s collection of songs embraced by the LGBT community. This is the only song on the album to which Jolin is credited as lead writer – letting us see that whilst she may be exploring her beauty and pain across the record, it is this song that is the most personal.

Another highlight of the record is Sweet Guilty Pleasure 甜秘密. Almost too raunchy to explore in detail, there are mentions of grunting, climaxing and taming the beast as Jolin enjoys playfully teasing her partner. An absolute banger with an irresistible beat drop in lieu of a chorus, the song is also a play on the song Sweet as Honey 甜蜜蜜 by the Empress of Mandopop herself Teresa Teng 鄧麗君 (the song Jolin sang out of tune which she refers to in Necessary Evil).

Hubby腦公 is interesting if only for the fact it is the most straightforward pop moment on the album. It’s clearly love at first sight for Jolin who is imagining her new lover as her future husband, growing old and gaining weight together. Comparing her husband to the beauty of exploding fireworks, she also places equal importance on his soul, singing about his intelligence and how he opens her mind. In the past Jolin has been critiqued for love songs that made her appear over-eager: whilst this song doesn’t reference that in any way, such a light moment on a sonically serious record implies that she’s taking this criticism and owning it.

​Title track Ugly Beauty 怪美的 was not what people have grown accustomed to as the first single from a new Jolin album. Starting off trap-lite with hints of beat-boxing, the song eventually becomes a kaleidoscope of sounds including pop, hip-hop, mumble-rap and dance, with all melodies working together separately but in harmony. The song is a self-empowerment anthem and sees Jolin proclaiming to the world that if you can’t see my beauty, then you must be blind; telling the story that from bullying, criticism and unreachable standards she has learned to believe in her beauty. Unlike many of her previous initial singles where she talk-sings at a breakneck speed, Ugly Beauty is delivered in a much more loose and natural style which is very refreshing and a testament to Jolin’s versatility as a recording artist. Whilst an initial jarring listen, Ugly Beauty is arguably the most intricately composed song on the album, and is a trailblazer for new sonic sounds in Mandopop.

​We can sing praises for many aspects of UGLY BEAUTY as an album, but there are a couple of important points which stop us from putting it with her other greatest albums.

Although it is a shame that there isn’t a song like PLAY 呸 or Honey Trap 美人計 to be found, it’s fine that this is not the typical pop record that listeners may expect from Jolin. Whilst being less stylistically adventurous, it’s certainly not a conservative record. Something that has been a disappointment whilst listening to UGLY BEAUTY however is – title track aside – it offers very little production-wise that hasn’t already been released by other artists within the last two years. Indeed if the album was released in 2016 it would have truly cemented Jolin as the trend-setter that so many see her as. Instead, the whole record feels very on trend at best, and stale at worst. KARMA你也有今天 employs the same tropical-house production values that by the end of 2018 feels post-bandwagon. Lyrically it’s also similar to other tracks on the album that are much better, which makes its place on the record somewhat redundant. Romance 愛的羅曼斯 initially promises to be interesting, but quickly falls into well-trodden Mandopop ballad territory.

Starr Chen has by no means done a bad job on the album. However, where him and Jolin have made sparks fly on collaborations previously, the album generally feels as not only not a big stretch for him artistically, but easily within his wheelhouse, which makes us lament that him and Jolin didn’t explore other more innovative and adventurous soundscapes.

On UGLY BEAUTY, Jolin has shown us why so many regard her as the reigning Queen of Mandopop. The records adventurous concept is bolstered by without a doubt some of the most thought-provoking lyrics of her entire career, and are accompanied by production values that easily rival the recent output of even the world’s top female artists.

Whilst the production sounds current and in-line with what’s hot internationally, it is this aspect that is the greatest weakness of UGLY BEAUTY. For a record that pushes boundaries of both the artist and the industry in many ways, the production feels disappointingly on-trend, doing a disservice to the overall potential of the record.

Nevertheless, UGLY BEAUTY delivers a level of quality and shine that only a certain tier of artist can bring. By creating something so positive from experiences so negative, Jolin has evidenced her ability to evolve her artistry nearly two decades into her career. Full of self-confidence, introspection and enthusiasm, UGLY BEAUTY is the grand return of Jolin Tsai that we were waiting for, and cements her position as a leading figure not just in the world of Mandopop, but pop music as a whole.