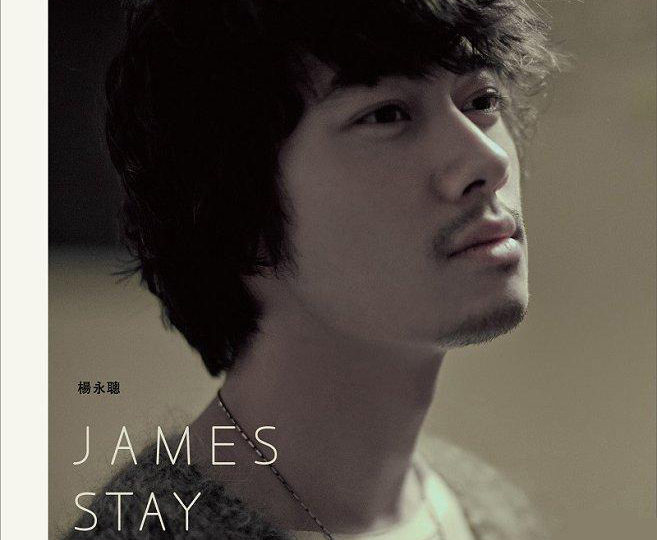 From the moment i started following news about James and his musical endeavours, I knew that there was something special about this singer. His success story is indeed similar to that of One Million Star winner Anthony Neely, with both singers’ being known for their unique and emotive vocals. But unlike Anthony, James from the word go seems to know exactly what he wants and how to get there. His debut album <Stay> is truly a reflection of that, a collection of independent rock-styled covers that are a match made in heaven for his husky vocals. I guess what makes this album stand out from the rest for me was the sureness that I could see in James’ musical direction from the start to the finish of the album. Through his music shines the soul of a true rocker, the attitude, the snarl, he’s got it all down pat while sending shivers down your spine with the nuances within his heady and deliciously rough vocals.

But I have to say, I was a little disappointed upon realising the album was almost entirely made up of covers with the exception of two songs written and arranged by James himself. I would definitely have liked to see more of James’ personality and creativity shine through, especially given the taste of it I got from the two songs, as well as his english interpretation of the lyrics in <北京北京>.
James paints an intensely beautiful picture of words within the first verse that transitions flawlessly into the following Chinese verses, reflecting on his own unique style of musicality. I also found it a really different and interesting way to change up the song, giving it some grit and eastern-western flavours that were pulled off seamlessly in one of the classic songs of the century.

After hearing James’ acoustic cover of <我愿意> which he had also covered on Chinese Idol during his time on the competition, I was amazed at the depth of emotion that he was able to bring to the song. His singing style revamped the piece completely; where Faye Wong’s original was a soulful testament to love, James’ vocals transformed it into a lullaby of quiet longing; his extended pauses and sighing vocals, full of angst and underlying passion. But I feel that the arrangement of this song on the album could have been done better; James’ voice is best left to its own devices in situations such as these and the classic rock theme complete with wailing guitars only detracted from the atmosphere he had already created within the song. On the other hand, the punk rock feel was more than fitting for the classic <忘了我是谁>. As the first single, it did well to show off James’ signature huskiness while setting clearly a musical direction for James. I especially loved the unique guitar and bass riffs that gave an entirely new feel to the song altogether.

James’ more acoustic-centres cover of <好久不见> proved to be nothing short of spectacular; the perennial crowd pleaser makes an appearance again within this album with a no less diminished effect from the first time he performed it. His dynamic control, simplistic style of embellishment and elegant acoustic arrangement and layering work together in perfect harmony within this song, creating an emotional masterpiece that would touch even the hardest of hearts. Probably the only flaw I could spot within this song was the slight awkwardness that I heard in the backing vocals, which moved in and out of the song with seemingly no foundation at times.<Blue Lotus> easily became one of my favourite songs on the album as I felt the song suited James and his voice to a T. Although they only freshened up the arrangement but kept it mostly the same, I felt that James’ own use of improvisation and the producing of the song gave it an almost humorous twang to it, certainly very similar to British punk  rock in more ways than one. Using all western instruments but keeping the original riff used with a clearly eastern feel creates a refreshing combination which worked well within the song.

When he reaches the english songs of the album, James somehow seems to have loosened up a little and improvises more freely within the melody. <the house of the rising sun> was probably the cover that i was most impressed with stylistically within this album. I heard somewhere that this has been a song that has followed James around for a long time, and I can tell that his familiarity with the song has allowed him to have a more unique interpretation of the song. His creative freedom attains a standard of perfection within this song as he brings on his assortment of snarls, growls and a certain accented twang to make the song his, and no one else’s. Whether or not it was a song that suited James’ voice in the first place; either way, he managed to own it singlehandedly using his vocals. Also, props to bing wang on the production of this song; the folksy yet grunge fusion of rock makes for an interesting and seamless combination without being too much overkill at times. <Mad World> was another cover that I enjoyed immensely given the freer interpretation of it I heard from the song, with James seemingly relishing every word, toying with each note, bending them to his will.

Despite <Stay> being the name of the debut album, I didn’t find it to be anything out of the ordinary. The intro section especially didn’t link up to the song and it’s famous riffs at all, and was pretty much saved from disaster by James’ voice. Even so, I still felt that it wasn’t a song that suited James’ voice or vocal style, with the melody harshly testing the limits of James’ vocal range. But the two highlights of this album for me were definitely being able to hear James’ own works; namely the two tracks <The Poison> and <Clarity> which he wrote and arranged himself. Here he shows his prowess not just as a musician, but as a lyricist with beautiful lyrics that flowed seamlessly, bringing to mind poignant ideas and imagery. Having heard James performing  <The Poison> With a slightly different set of lyrics, I found that I preferred his previous version of the lyrics to the one that was featured on the studio album. Although the lyrics were still beautiful, I much preferred the poignant imagery that the previous set of lyrics inspired for me. After all, the song isn’t called <The Poison> for nothing. Perhaps HIM found the lyrics a little too radical for a debut effort and decided to make him adjust it? But despite this setback, I thoroughly enjoyed hearing his style of writing both lyrically and melodically; being born in England and listening to a varied range of music since he was a kid, James’ has been able to develop a unique folk rock sound that really hasn’t been heard before in the chinese music industry, but is certainly a welcome addition to the scene in my opinion.

As the name indicates, James’ composition <Clarity> uses crisp and cleanly cut lyrics to provide a wonderful juxtaposition against his unique sandpaper vocals, pairing natural imagery with a gritty sense of the unknown weaving itself throughout the song. <Clarity> is a song of encouragement , but also one of truth; a piece of work that requires not only  a high understanding of language but also full conscious understanding of what one wants to get from a song and how they want it to get there. James singlehandedly straddles the musical , arrangement and songwriting aspects of this song in a way that impresses me to no end, and makes me wonder even more deeply why they chose to allow him to debut with a cover album rather than one showcasing his original and creative works.

A cover album may seem easier to put together than a original album, but it’s even harder to tell a story, let alone give an introduction through songs which were not entirely yours to begin with. James’ attempt can be seen as a fairly good one, but because of my extremely high expectations for him both in terms of his musical and songwriting ability, this album fell somewhat short. To me, dedicating half of an album to songs that were previously performed on a show watched throughout Asia reeks of blatant commercialism ; focusing more on album sales than anything else. But the fact that I was still able to be touched in some way by each and every one of the songs on that album nevertheless makes a big statement about the talent of this artist. He’s basically the glue keeping this whole album together concept wise; no artist could have done it better. So for the sake of James’ unbelievable talent, I am hoping and praying that he will be able to have more input in his second album, which I have already started to look forward to. Go James!