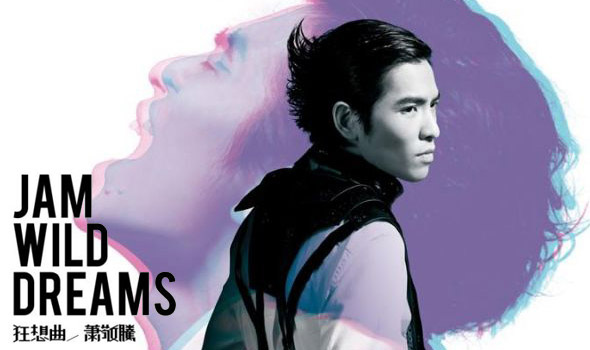 Jam Hsiao’s latest album, titled <狂想曲 Wild Dreams>, which emphasises on themes and ideals which do not belong in society, but in the imagination and your wildest dreams. Hsiao takes on on a ride through his own ideals and his fantasies, shown in his MV for <狂想曲 Wild Dreams>, which features him practising martial arts in some sort of whimsical wonderland of shapes and colours. Hsiao, known for his self-taught drum skills has played the drum parts for all songs in the album, and this album features 4 bonus tracks which are written by him, as well as input on some of the other tracks. Not only does Hsiao show off his unique vocals in the Rock genre, this album contains chart-topping ballads such as <複製人 Clone>, as well as other songs in his own whimsical and childish style.  The album plays and mixes effortlessly different genres of music, such as Bossa Nova and Free and Easy in <话不多 Quiet> and more noticeably rock and pop combinations such as <敷衍 Perfunctoriness>.