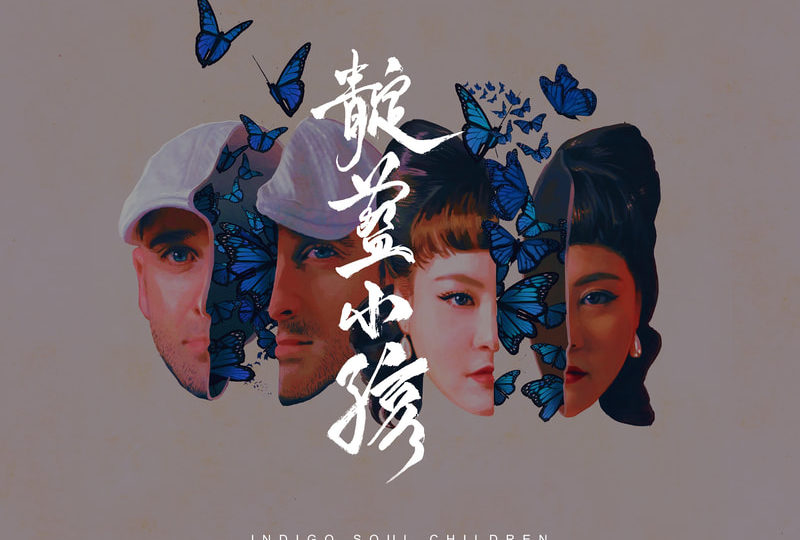 Next Lifetime
Getting Old

Debuting a completely new project without much hoo-ha, new Jazz fusion duo Indigo Soul Children are one of the most underrated yet promising new artists to come out of the Mandarin music scene. Yet the pair are far from newcomers to the music industry. Made up of veteran Jazz pianist and band leader Musaubach (Worked with Gary Chaw, A-Lin, Matzka, Lara Veronin); and vocal teacher/backing vocalist to the stars P.i.N (Worked with Kris Wu, Ayal Komod, Wilber Pan); the pair are truly raising the bar and challenging themselves with this new project.

Based around an almost-immiscible fusion of Jazz, R&B, Soul and World elements, Indigo Soul Children’s self-titled debut album reaches across cultural borders from never-before-seen perspectives. This is largely attributed to the duo’s wealth of perspectives accumulated from collective time spent in Argentina, Taiwan, China, and America, making for a truly unique set of sounds.

Kicking off the album with opening track ‘Water’, this song sets the scene with a soulful slow-burn that emanates from a pared down drums-and-keys arrangement. The fluid, ever-changing nature of the melody and lyrics on this track also reinforces new definitions of fusion as set by the band themselves; encouraging listeners to stay open-minded as they take in this sonic experience. Inspired by the famous ‘Water’ quote by Bruce Lee, the melody shapes itself around his words in ways that I have never before experienced. Not only is it unconventional to work direct quotations into song lyrics; I found it surprising that such an angular, lengthy quote with some very un-lyrical words (bottle, teapot) could be so skilfully fit to a melody; both working in sync whilst always evolving. Everything about this song from its songwriting to P.i.N’s rough-yet-gentle vocals and the song’s arrangement fully embodies the spirit of Water and Bruce Lee’s philosophy. And that in itself is no mean feat.

The second track/first single ‘Next Lifetime’ follows the architecture of a slow soul/R&B track but a myriad of musical twists. Starting off jazzy and slow, the electro-like keys hint at the vibrancy of the song which reveals itself in the chorus. Backed by a juicy rhythm that keeps on giving, P.i.N’s buoyant, flippant vocals keep things light while bringing new perspectives to the age-old topic of departure and moving on. Reflecting the clout these two have in the industry is second single/third track ‘Getting Old 剛剛好’ which features lyrics by Taiwanese veteran rock legend Ayal Komod (A-yue). One of the most ballad-like tracks on the album, this is the perfect track to listen to while sitting by a fireplace, whiskey in hand, thinking about life. The coalescence of strong, silent, brooding manly vibes in the lyrics with P.i.N’s luscious womanly vocals makes for a refreshing combination.

Another musical highlight on the album for me was ‘Just Wanna Talk About Love只不過是想談場戀愛’, a jaunty ditty which combines iconically Taiwanese elements with an Old-Shanghai and Speakeasy vibe in original and authentic ways. Featuring the sounds of the Taiwanese instrument Suona alongside a more western keys-and-bass Western Jazz setup, the song incorporates the sounds of Taiwan in ways I have never thought possible. At the same time, P.i.N’s versatile vocals render the song one that is anchored in the contemporary music scene, giving the piece a frozen-in-time, yet also timeless vibe.

I also really enjoyed the aptly named ‘Get Me Out Of Here’, a great song to listen to when you’re frustrated out of your mind and need a well-deserved break. Starting off straightaway with a satisfyingly dramatic rock opening before then transitioning to slow Jazz and then an R&B chorus, this song is one that gives both P.i.N and Musaubach room to showcase their musical prowess with all its highs and lows and wild-yet-cohesive experimentations. A perfect song that feeds back to the two musicians’ strong live performance backgrounds and gives listeners long-awaited release.

Ending on the title track ‘Indigo Soul Children’, this song is the clearest incorporation of world music’s influence on the duo’s offerings. With this song, the band make a statement that they don’t play by the rules, incorporating indian-influenced rhythms against worldly percussion and experimental electronic synths. A song that totally represents what the duo stands for, and by exploring deeply the cultures that divide or bring us together, bring listeners to a higher plane. A fearless exploration.

This album does not propose itself to be a merging of the East and the West; as this is too vague and broad a term for what they are trying to achieve. Instead, the pair go deep on their myriad of multicultural experiences and influences; piecing together carefully crafted bilingual musical anecdotes that speak to them to create wildly wonderful and almost otherworldly sonic tapestries that are effortlessly unique. A dazzling effort to bridge the gaps that gives me hope for the future of the Mandarin music scene.