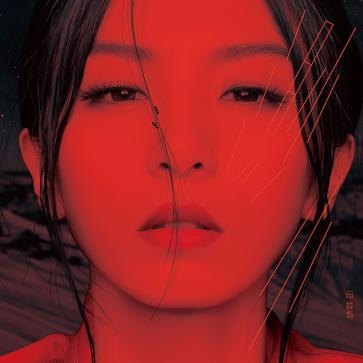 It’s been tough on Hebe during the last four years; juggling her persona as one third of the most well-received female group while committing herself to slowly establishing a unique identity for herself as Tian Fu Zhen is a mean feat in itself. What I find especially commendable is how she did so with such ease, enchanting two largely different audiences simultaneously with such resounding success. A pioneer in her own right, Hebe is among the few who have been successful in breaking from the mould and clutter that separates herself from other artists, developing her own niche and sound that have been instrumental to her critical acclaim in recent years. Her third album, “渺小 Insignificance” is a fusion of the concepts she toyed around with in her two previous albums, heading back to her heartfelt rock roots but never forgetting her penchant for the independent genre. It is a pleasure which is not so much guilty as self-enhancing, each track bending the genres of folk, rock, and popular music in a myriad of endlessly creative combinations, lyrics filled with a hundred and one different ways to make you feel insignificant, and let’s not forget Hebe’s endlessly versatile vocals. All in all, this album’s fulfilled its aim to a T – making you feel pretty darn insignificant in a manner that is truly to be commended.The concept of insignificance is drawn own and threaded meticulously throughout each and every song with a moral at the end of each story, the insignificance of being at one with the universe (渺小), putting the tasks of our a daily lives in perspective (终身大事), and the insignificance of losing your direction in love (你就不要想起我) among others. But it’s not just appearing in the lyrics, oh no. The concept of this album is intertwined in the melodies, the arrangements, and even in the vocal techniques Hebe uses in the performing of each piece. This album gives us diversity with consistency, balancing likeability with substance to tell a complete story about what it means to be insignificant in all aspects of being human.

The title track, <渺小 Insignificant> is a cacophony of eclectic arrangements that somehow fit together to create an atmosphere of dysfunction. Some really interesting sounds I heard within the song were the crackling of static, simple but melancholy tinkling of the piano keys, and an ebbing and flowing urgency of drumbeats. These all work together with Hebe’s voice, creating an atmosphere of dystopic insignificance, causing us to question our significance in this world. Hebe’s voice drifts in and out, her breathy timbre capturing our senses, heart, mind and soul. Beautiful spine tingling harmonies too, I might add.

Even after a hard-to-follow act, Hebe bests herself again with the unlikely yet deserving chart-topper <矛盾 Confusion>. Starting out with grungy indie-rock pluckings on an acoustic electric, the song gives the initial impression of a hardy rock piece, only to be seamlessly interjected by a uplifting turn in the verses, carried along smoothly by Hebe’s voice. I believe that this is one of the songs on her album most suited to her voice, carrying a tinge of mischief and yet seriousness, as reflective both of her personality and the sons’s concept. As the name of the song suggests, the eclectic arrangement translates confusion into music by combining elements of rock with classical cello arrangements to top it all off. Wonderful lyrics by Yao Ruo Long (姚若龍) are just the cherry on top of the cake which present a dichotomy of the facts of life in clear comparison in a way that is aesthetically pleasant and meaningful for listeners.

<终身大事 A Big Event> is another highlight of this album, with quirky lyrics that once again are reflected in the playfulness of Hebe’s voice, yet brings out clearly a warning to listeners to live every moment as your last, and to make the best of each situation as if it were a big event. The punk shredding on the electric guitar helps even more so to drive the point home, with unique riffs and points of dynamics within the song.

<你就不要想起我 Then You Shouldn’t Think Of Me> follows in the footsteps of Hebe’s previous hits <寂寞寂寞就好> and <還是要幸福>, taking over the charts at number 1, while also following similar themes of letting go despite grief. Hebe’s ballads are special because arrangement-wise, they are definitely not typical ballads. <你就不要想起我 Then You Shouldn’t Think Of Me> specifically follows a more British rock structure, with simple use of chord changes amplifying emotion within the song even more strongly. Lyrically-wise, they all follow a similar emotional curve; from reflecting on something sad (in this case being loved but this love being unable to be expressed) to a last sentence of optimism at the end of the chorus.

Embracing Abnormality is the message Hebe wishes to express in another one of my favourites on this album; < 無常 Fickle>. Indeed the arrangement expresses abnormality through a number of techniques; adding into irregular echoes or mechanical whirrs in the background of the song, and also the unexpected and rapid transgression into the last part of the song fusing classical and eastern styled music with a rocking twist. The melody itself is unexpected in its ups and downs; Hebe starts off with a tone breeding melancholy, before suddenly diving into a sweeter and mellower sound. The contrast in the song is amazing, and even more so resounds with us the fact that embracing abnormality could perhaps make us seem a little less insignificant after all.

< 愛著愛著就永遠 Loving Loving Until Forever> was an unexpected hit with myself especially, as I certainly didn’t expect to love it as much as I did. It was the unassuming simplicity and the pure feeling of warmth and happiness that was elicited from the dissonance between the passive plucking on the guitar and the optimism of Hebe’s voice that touched me greatly. Inspiring lyrics were also part of what made this song so symbolic and spectacular.

But nobody’s perfect, Hebe’s shrill backing vocals in < 愛著愛著就永遠 Loving Loving Until Forever> were a mood downer at the peak of the song, detracting from its emotional headiness. The track < 這個人已經與我無關 This Person Has Nothing To Do With Me> was probably not the best song choice for Hebe. Although the lyrics and arrangement fit in dwell with the concept of insignificance, Hebe’s voice was so fraught with emotion during the song that It made listeners feel drained just listening. She went too far with her breathy vocal technique, and instead overstepped the fine line between emotion and self-indulgence.

However, apart from these minor flaws, I found Hebe’s album to be an absolute pleasure to listen to, and recommend it to any fans of good, solid, music. Really proud of what she has achieved, and am unable to even imagine the potential that she has to surpass herself in the future! It’s going to be amazing, I can at least tell you that. 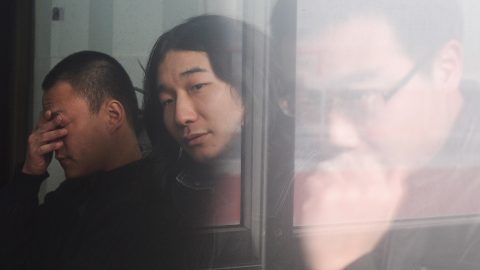