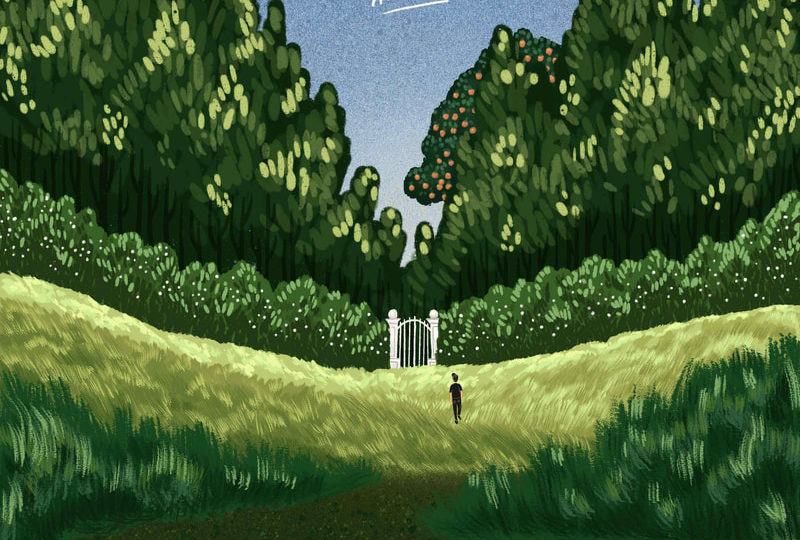 With verdant guitar riffs and organic arrangements, Singaporean post-rock singer-songwriter Goose shows that he has truly left the idyllic amusement park he created in his previous EP ‘If I Left The Park?…’; and embraced new challenges and sceneries in his 2019 EP ‘Arcadia’. Moving  away from the heady fuzz and childlike quirks of his previous works, Goose embraces new challenges from a more introspective and organic place; referencing Arcadia, a greek province often associated with unspoiled, harmonic wilderness and using it as his jumping point for this journey of self-discovery and a loss of innocence as he ventures out into the untamed wilderness.

For me, the EP is unique in its carefully crafted storytelling. Drawing on melodies that are influenced both by the East and the West (‘San Tao’ gives me a very Australian indie rock vibe, while ‘Arcadia’ reminds me of Taiwanese band F.I.R’s earlier mystical Mandopop works); Goose mentions that the message of the four-song EP is the experience of being locked out from paradise; so close yet so far to a thing or a person who seemed within your grasp.

Immediately what sprung to mind for me was English poet John Milton’s famous epic poem ‘Paradise Lost’ which details the story of Adam and Eve; a lost of innocence from eating forbidden fruit, and their eventual departure from God’s paradise, filled both with sadness and hope. The album seems to draw on many themes the poem touches on, and whether or not this was intentional, I’m here for it.

Starting off the album with happy-go-lucky track ‘三桃San Tao’, juicy, bright riffs characterise this luscious piece as Goose sings about the irony that lies in breaking up with someone, only for them to come back soon after having changed their mind. I love how the bright riffs and natural arrangement juxtapose with Goose’s signature wry and quirky lyricism; foreshadowing that all is never as it seems.​The title track ‘Arcadia’ follows, bringing with it a more mystical vibe that is created by pensive acoustic guitars and dreamy, melancholic vocals. As previously mentioned, the melody of this song; the way it moves up and down especially in the chorus reminds me so much of the mystical brand of Mandopop F.I.R was famous for in the early 2000s, with songs like ‘Lydia’ and ‘月牙灣’ that combined western rock with Chinese melodies and this sense of treacherous journeys which lie ahead. This vibe, updated with a postrock twist by Goose goes particularly well with what he’s trying to achieve with this song; however his wordplay in the lyrics are a little lost on me. Tying together words that have the same pinyin as he did in the verses is all well and good, but everything gets a little lost in translation especially if you don’t have the lyrics on hand.

The next track, quirkily titled ‘手機的照片 A Picture of Death  is in fact an acoustic track that’s even more pensive than the last. Stripped down to its bare essence with siren-like backing vocals, the sonic soundscape here is artfully manicured to take you through a journey of peaks and hollows; a lightly bittersweet take on a period of sorrow. The song’s presence lightly brushes over unspeakable depths of pain and sorrow, cleverly hinting at what lies between the lines. Yet once again, the lyrics here are a little too abstract and don’t allow me to dive much further into the song’s story other than general vibes of loss and remembrance.

The EP ends on cryptically named track ‘Temporary Eternity 暫時永遠’ and begins with the sounds of birds chirping. Immediately, it feels as if the clouds have cleared and clarity has returned on Goose’s journey of self-discovery. Despite the loss of innocence that has occurred upon making his way through Arcadia, Goose shows that wisdom and enlightenment allows us to appreciate those fleeting moments of bliss; always knowing that it could disappear as fast as it came. I feel this song evokes that imagery and vibe to a T; with a lightly cheerful, ‘slice of life’ guitar arrangement that just screams ‘a perfect day’. I love how the song manages to keep things fresh with a retro-ish, lazy but wistful keyboard solo towards the end.

Conceptually and sonically vivid, this EP delivers more of the best things about Goose. His ability to execute gorgeous visions and tie them in with meaningful food-for-thought concepts truly allow his music to stand out in the local Mandarin pop scene. Although some of the lyrics on this album show that the singer is still trying to find a foothold in terms of allowing his own voice to come through whilst rendering his songs more accessible and meaningful to wider Mandarin speaking audiences, I’m loving the way his music transports me to a different world, even just for a half hour.