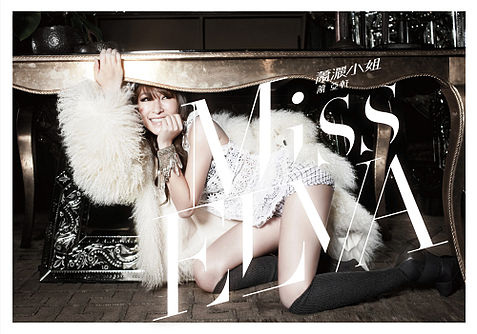 Elva’s back with her newest CD, with a fan-favourite: her androgynous image, and this CD contains many dance tracks, such as < 蕭灑小姐 Miss Elsa> and the techno style < 讓愛飛起來 Let Love Fly>. As her 11th album, her record company has created numerous new looks for her, and also instore for fans are songs written and produced by Elva herself, showing numerous contributions to the album creation-wise. The album not only has numerous dance anthems , but also slower tracks which show off her rich and strong voice, such as <錯的人 Wrong Person>, which has proven itself a KKBOX favourite not only in Taiwan, but in other countries as well. It also includes <瘦瘦瘦瘦 Skinny Skinny Skinny Skinny>, which has interesting lyrics, criticsing the idea of dieting, coupled with a dance theme.