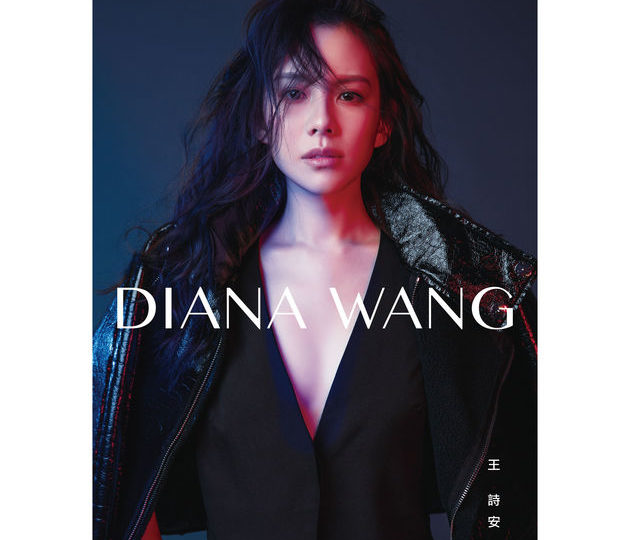 Diana Wang has undergone a huge transformation as an artist since she first stepped onto the scene back in 2013. When I first set my eyes upon the Netherlands-born beauty, she was almost unrecognisable under a huge mop of hair and an offering of songs too varied for listeners to truly make sense of who Wang was as an artist. After leaving Warner music and a bit of time off, Diana, now signed with Cros Music is going back to her love for R&B music, starting with her new EP ‘Diana Wang’. The EP includes four tracks which give audiences just a little teaser of what is to come, namely her chart-topping single ‘HOME’, its remix version, as well as two other songs, ‘I Don’t Know’ and ‘Heartbeat’.

Although not much by way of a fully fledged concept (which is very understandable as it is just an EP at this stage), the EP offers a tasting platter of delectable gems which show off Wang’s clear, sweet vocals. However this time around, the focus is not on versatility, but on establishing Diana’s chops for the R&B genre in particular. ‘HOME’, the first single was a surefire crowd-pleaser, with lyrics that wax nostalgic against the backdrop of a simple piano and electronic beats arrangement. The bite to this song lies in its catchy melody, written by top-notch producer Skot Suyama, but also in Wang’s soaring meslismatic trills which are peppered throughout the song. Although some may find it a little too much, I believe such variations to conventional melodies are what keep people listening over and over again, so it in fact works in Diana’s favour. ‘HOME’ is certainly not an easy song to sing, but Diana pulled it off with aplomb, her voice thick with yearning as she sings of the conflict between chasing her dreams and coming home. (For a more in-depth analysis of the single, see my single review for Hello Asia)

The remix of the highly sought-after single takes ‘HOME’ in a whole different direction. Featuring a rap by 40 (from Taiwanese band Da Mouth), the arrangement of ‘HOME Remix’ is more experimental in its approach. After all, it WAS produced by none other than the guys over at FU Music, Khalil Fong’s new music label. Going with a more electronic, chill EDM sound, Khalil and his team keep things classy as usual, effortlessly creating a pleasurable mix of electronic ambience that is innovative, yet leaves room for creative expression from Wang and 40, whose rap adds a new dimension to the song.

The second single released for this album, titled ‘I Don’t Know’ is once again another track written and produced by producer Skot Suyama. This time around, the melody remains catchy but with a hint of fresh sweetness lent to it by the refreshing guitar strums and Diana’s sweet, high vocals. Nevertheless, the song still shows off Wang’s penchant for R&B, however I would say there’s nothing too special about the lyrics.

Last of all is a song which for me puts the icing on the cake. The title track for this EP, ‘Heartbeat’ was in fact written by Diana herself. After learning that she dabbles in self-composition on the down-low, I was extremely excited to hear what Diana’s personal composition style sounded like. And I was pleasantly surprised by what I heard. Even garnering accolades from Khalil himself for her work on this particular track, the song once again subscribes to a similar, stripped down electronic feel as seen in the remix version of ‘HOME’, however the arrangement has a kind of middle eastern feel to it, almost like one is witnessing the beauty of a snake dance. This, along with the gritty lyrics pair off against Diana’s sweet, delicate vocals, really creating a new feel that kept me coming back for more. The imagery that the song evokes and the melody in itself was first of all, not something I expected Diana to write, but secondly, was refreshingly different in its own right, rendering me even more curious about the gentle powerhouse’s other compositions.

As previously mentioned, the EP was just a tasting plate of some of Diana’s updated works, but it was certainly enough to make me crave more almost immediately. Wang’s image has certainly changed; she seems more confident in her own abilities and her musical direction, which is something that comes through very clearly in this album. Really liking the Diana I’m seeing and hearing in this album, and can’t wait for more!