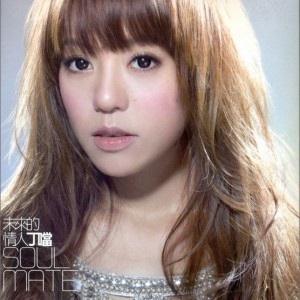 After the great success which was her first album, <Fu Good >, DING DANG 丁噹 has released her second album <Soulmate>, which features 11 songs with her powerhouse vocals front and centre. This album has enlisted the help of talented musicians, such as fellow Bin Music Artist YEN J 嚴爵, who wrote <未来的情人 Future Lovers>, a slow ballad, among others such as <一半 One Half> and <最後一次寂寞 The Last Bout Of Loneliness>. <未来的情人 Future Lovers> fuses an interesting combination of electric guitar coupled with an orchestral symphony, which also has infused elements of jazz using the piano part.  Although most of the songs are ballads, they are by no means half-heartedly created. The overall album concept encompasses the idea of love and lost very well, and each track represents a different emotion which is associated with the awaiting of a potential soulmate. The RnB styled <最後一次寂寞 The Last Bout Of Loneliness> represents the rememberance of love lost, but yet strongly encourages letting go, and so on.  Faster and more upbeat tracks include the English and Chinese version of <Back up>, a dance track with groovy synthesized beats.