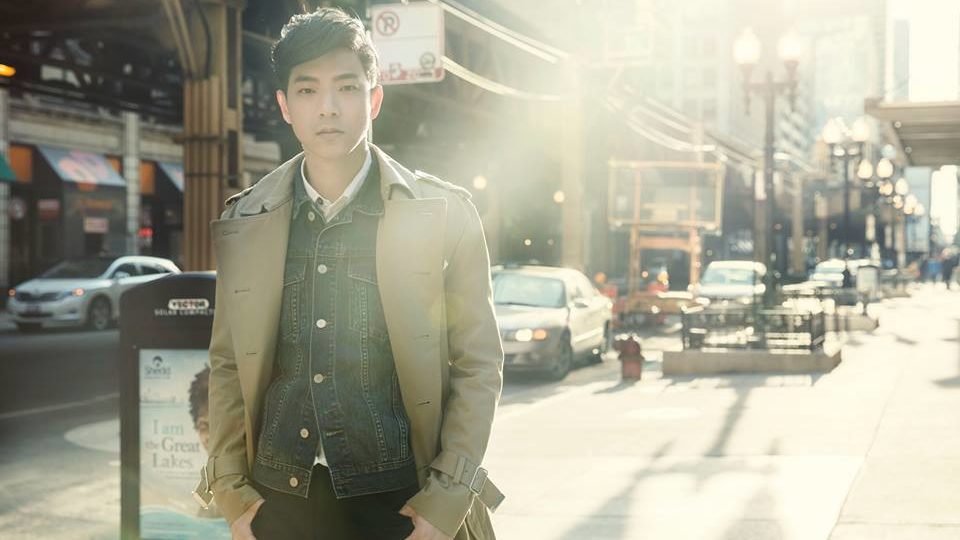 其實你已經知道Dawen’s latest album “Happy or Not” would be cliché if it was by anyone other than himself. One of the happiest artists I’ve ever seen, Dawen brings a unique sunny enthusiasm to his music that is easily lapped up by listeners-myself included. However this time around his album has a catch to it, featuring songs that are either ‘happy’ or ‘not’. In other words, while still pushing out the happy numbers that we know and love, many of the other songs encompass a complex mix of emotions that fall under the ‘not’ category. Not being happy doesn’t mean you’re sad, and Dawen makes the distinction here with a selection of songs that are melancholy, reflective, disgruntled and optimistic amongst other emotions. Usually artists choose either a genre-based concept or idea-based concept for their album, but I found it impressive that Dawen managed to do both, by also featuring an adventurous combination of Ukelele music and classical music with a little R n B/hip-hop thrown in for good measure. While his first album was all about showing his personable side, “Happy or not快樂不快樂”, Dawen’s second release takes us deeper and shows that beneath his happy exterior lies a spirit that is unafraid to experiment, to be different, to share what he’s passionate about. And if that’s not something you’d want to listen to, I don’t know what is.

D kicks off his album with first single “You already know my heart其實你已經知道”, a classical-pop piece with a beautifully atmospheric feel to it. It’s not very often that you hear fusions of classical arrangements with pop music, but Dawen did a really great job here. Simple, yet so effective, the soaring strings are one of the highlights of the song for me which play off the pop elements-classy backing vocals and a little drums well. Dawen’s vocals which are honest and endearing really drive the lyrics and arrangement home, mimicking a kind of love that is sentimental, uncloying and sophisticated.

Dawen gets onto my level with upbeat toe-twitching beats in his second track “Cram School Sucks!不喜歡補習班”, an effortlessly happy song that represents pop music at its best. With a catchy melody and arrangement that borrows from jazz and hip hop genres extensively, Dawen lets his playful side out by writing a song about cram school, something that any student can relate to.  Making reference to a variety of activities Taiwanese students are familiar with, such as going to cram school or walking to the subway together, a unique take that reflects Dawen’s pride in his Taiwanese heritage.

Next up is yet another immensely happy song that will have you bouncing off the walls in no time, Dawen’s third song “Rollercoaster雲霄飛車”. Using the ever-cheerful ukulele as the main instrument in the arrangement, the song  slowly builds to its peak in the verse and bridge, releasing momentum at full speed within the chorus which features many inflections built into the melody at various, unregimented points, making the rollercoaster metaphor much more than just a few ups and downs thrown into the song. It’s chipper and earthy feel makes this the happiest rollercoaster I’ve ever taken-most just reduce me to tears!

“If you don’t love me say so如果你愛我怎麼不說” marks Wang’s return to his R n B roots in a vintage 60s-inspired track that sounds like it came straight out of Taiwanese pop in the 1960s. Dawen mixes up this interesting Chinese vintage feel with a heavy dose of backing vocals to make for an adventurous combination that works. Featuring also an unconventional melody that is composed of only two parts, this piece is certainly funky and eclectic, a true reflection of Dawen’s musical prowess and daring. I also like the lyrics, which are a modern-day spiel that tell of a guy’s exasperation at his ambiguous relationship with a girl.  Although it seems like an ordinary story, nothing is ever really ordinary when Dawen’s involved. A great storyteller, Wang’s lyrics are humorous as they are captivating. My favourite part was when he sang: “Your poker face makes me helpless, I can’t even use your face to help me play cards”, amongst other quirky metaphors that effectively fuse the discourse of Eastern and Western languages. Merging past and present, east and west in a manner that is effortlessly cohesive, this song was a mean feat pulled off brilliantly.

His fifth track “Free-flowing亂流” is a solid transference of the classical genre into a pop format. Basically a mini opera packed into the space of three to four minutes, the song belies Dawen’s training in Opera and I applaud his gumption in being unafraid of sharing his passion for the art with an audience that is largely unfamiliar with it.  A little bit of everything thrown in for good measure, the track is at times extravagant, at others whimsical, and even sinister, emotions that are played out through the luxurious strings arrangement. The only issue I had with this song was that I didn’t feel the lyrics were suitable for such a piece. They just felt like a holding spot that merely allowed Dawen to sing, and could have been written more cohesively with the emotions in the song.

His seventh track “Don’t waste Saturday不要浪費星期六” operates in a similar vein as “If you don’t love me say so”, but with less self-pity and more humour, both in the lyrics and the arrangement (see: barbershop quartet backing vocals). An eclectic mix of East and West that is unconventional yet refreshing.

Stripping things back in his eighth track, “Can’t say it寫不出來” is a melancholy piece that experiments with the ukulele in ways that go deeper than how ukulele music is generally perceived. Quiet strums that are echoed by the tinklings of a piano, the piece is a beautiful mix of melancholy and sentimentaility. Elegant and sophisticated; who knew the humble ukelele would ever be able to encompass those words?

He even plays around with a little heavy metal in his 9th track “I am not a robot我不是機器人 ” and exudes classical elegance in his tenth track “These flowers are for you這些話要送給你” and his sixth track “Ineligible資格不符”. Both are ballads, but extremely beautiful in their arrangement. I especially love “These flowers are for you這些話要送給你”, which features strings, piano, and a little pop rhythm for a little kick. Elegant in its execution and warmed by the sound of Dawen’s voice, it is a clean, sweet song that creates a special and delicate atmosphere, sweet yet uncloying like the scent of fresh flowers.

Finally, the album ends on a touching note with Dawen’s English-language collaboration with singer Zee Avi called “Vintage Love”. With lyrics written by himself, the song’s name says it all. A fusion of pop, classical and ukulele music, the classical piano gives the song its cool, impassioned edge while the ukulele adds a nostalgic, folksy element to the song. Dawen and Zee Avi’s harmonies blend perfectly together and I especially appreciate the beautiful and kind lyrics of the song whose message linger long after the song is over. A simple yet effective combination of all the elements this album promised-classical vs ukulele music, bittersweet happiness vs melancholy, the song certainly draws the album to a perfect close.

This album reveals simultaneously a softer side to Dawen and also his radically experimental side. Setting out to create an album that encompasses a complex mix of emotions influenced by classical and ukulele music, Wang impressively attained his aim, providing listeners with an entirely new listening experience. I have seen no other artist experiment and make music the way Dawen does, by dabbling especially in the types of music that he is passionate about. And it is people like him who dare to be different and have the talent to transpose their messages into music whom the Chinese music industry needs right now. A job well done Dawen, you mad musical scientist, you.