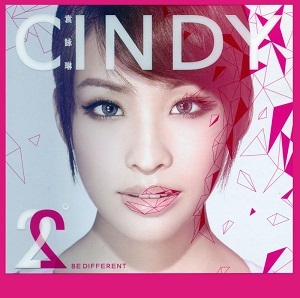 CINDY YEN 袁詠琳, known for her hit duet with JAY CHOU 周杰倫 which not only showed off her voice but also her skills as a songwriter. Her second album aims to show everyone what it means to be different, and expresses her own views on this theme. After the great success of her first album, I am looking forward to hearing what amazing works she comes up with next! One of the mottos which Cindy believes in is a famous quote by Coco Chanel: “In order to be irreplaceable, one must always be different.” This album has more of a broadway feel to it, much different from her previous works. Cindy expresses that this album is not aimed at showing her fans the real her, but instead a different her, and that it is more than acceptable to be different. Most of the tracks have a very RnB/Soul feel to it, and give off a feel which is very much suited for this album. The first track <陷阱>has a more electronic feel to it, much like other songs trending in today’s society, nonetheless it is extremely catchy and well produced with a large dose of theatrical broadway. The track < 把傷心打碎 > has lyrics which are simple yet meaningful and show off her wide vocal range with her vocals going into the so-called “dolphin range”. <傻傻地> is a cutesy track which show Cindy’s playful side and one of my favourites is <我想要迷路>, which has lyrics written by Lara 梁心頤. However, the songs nearing the end start to sound like songs from her previous album and so don’t pack as much of a punch towards the end of the album. One is able to tell how much effort Cindy has put into the making of this album; all the melodies were written by her with lyrical input from LARA VERONIN 梁心頤, Megan Lai and notable lyricist Vincent Fang as well as others; however maybe a little less effort in terms of voice technique would have made the album a little more listenable. I still look forward to her future releases as i feel that she is an extremely talented artist! Go Cindy!