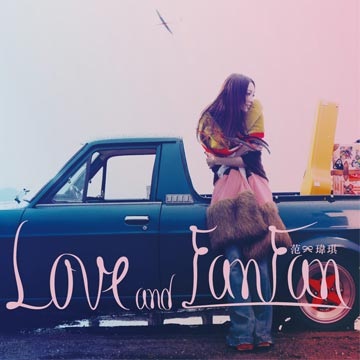 Christine Fan’s latest album has been released just in time, to coincide with her wedding to long-time boyfriend Blackie Chen, also celebrating her 10th year in the music industry.  This album is full of the ideals that this talented singer-songwriter has. Chart-topper <最重要的决定 The Most Important Decision>, although not written by Fan Fan herself, does seem to have special connotations to her wedding to Blackie, as the MV features clips of her in a wedding dress. Her sultry vocals compliment the light atmosphere of the song, and has very meaningful lyrics. The first track on the album <蜂蜜 Honey> not only seems to associate itself with Fan Fan’s relationship with Blackie, it also features a very significant Jazzzy tone to it, which suits her very well. <怀了良心 Conscience Gone Bad> is a reflection on society’s ideologies encased in tongue-twisting lyrics, while showing a more hardcore rock side to the album.  Also keep an eye out for songs written by Fan Fan herself, <变变 Change Change> & <左上角的心跳 The Left Corner’s Heartbeat> bringing out a more whimsical side to the album.  Fan Fan has also enlisted the help of talented singer-songwriter Biung 王宏恩 to write tracks on the album, such as the interestingly tribal ballad <勇敢的唱 Bravely Sing>. Also watch out for another popular track , <暮光 Twilight>.