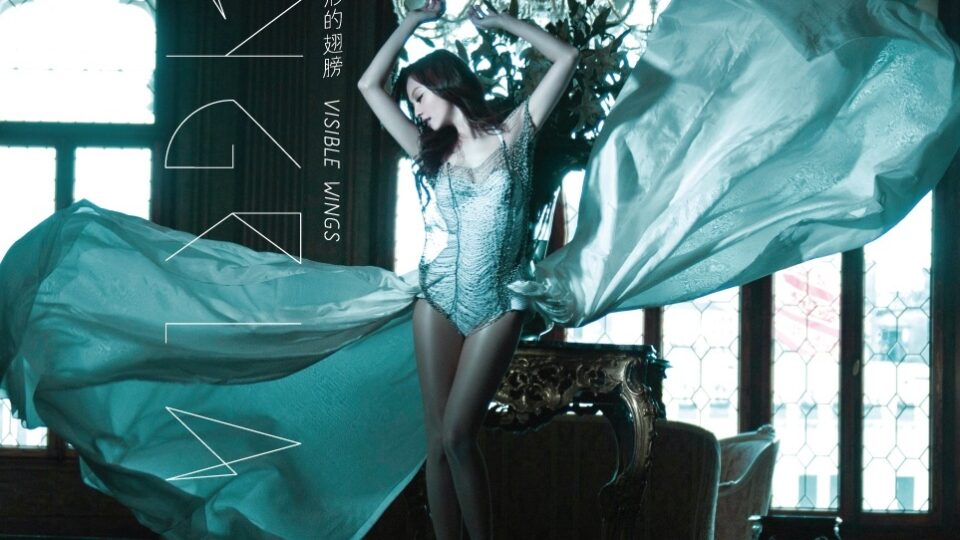 After a three year break, we welcome ANGELA ZHANG 张韶涵 back to the music scene. But it is not the same Angela from before, she has grown and we see the change from <隱形的翅膀 Invisible Wings> to <有形的翅膀 Visible Wings> as a symbol of strength and persistence of Angela’s uniqueness, she is her and no one else.The first track, <That Girl> shouts it out loud and clear, Angela “won’t die a copy girl”, using skillfully laid down synthesiser beats to create a powerful and strong track. With Korean wonder producer Jae Chong behind the helm for this album, we expect nothing less than pure awesomeness.

The second track <淋雨一直走 Walking Despite The Rain＞is one of my recent favourites, and is a track which emanates optimism and has an uplifting aura in every nuance of this song. It is easy on the ear, and I love the way three part and two part harmonies are used to create a fuller sound during the chorus. The song also emphasises the ringing, clear quality of Angela’s voice, rather than the shrillness and range of it from previous albums. It tells us to keep moving forward no matter rain or shine, and with dreams, we should not be scared of pain or obstacles, a really deep and clear message.

<最近好嗎 How Are You Lately?> is a chart topper, a heart breaking song that instead emphasises the lilting quality of her voice.  It has the usual combination from many love songs, violins, strings and percussion but what sets it apart from the rest is that it is done well. Great play on the dynamics especially on Angela’s vocals, and the emotive quality of her voice makes it especially soul wrenching.

The title track of the album <有形的翅膀 Visible Wings>, written by WU QING FENG 吳青峯 of SODAGREEN 蘇打綠 is quietly uplifting and inspiring, very much a signature quality of Qing Feng’s works.

<我沒改變 I Haven’t Changed> is another ballad with lyrics that are elaborate, but at the same time easy to understand; that one should not change for anyone but themselves. The story of two lovers who should let go to free each other, but to keep on believing in love. The melody is written by a member of F.I.R, the melody likable and soul wrenching.

The next track, < 講不聽 Not Listening> is a sassy, electronic dance inspired track smoothly arranged with a great beat. The lyrics represent the essence of feminism; impulse mixed with a hint of rebellion. Who needs a man when you have this groovy track.

<Honesty> is Angela’s attempt at an English track, and she fares splendidly. I have to say, I’m not
a fan of the English speaking part at the start, but I feel that the melody of this song once again brings out that bell-like aspect of her voice and is absolutely perfect for Angela. The lyrics are honest and straightforward, her voice bringing out an atmosphere of insecurity and darkness.

<If I’m The One For You> is a stripped down, relaxed track that is needed relief from the heavy atmosphere of the previous track. It has a little bit of a Bossa Nova feel to it.

<王子病 Prince Disease> is another electronically inspired track with a similar theme to <讲不听 Not Listening> with an excellent beat to it, and brings out another side of Angela that I haven’t really seen before. Full on sassy attitude. I like it.

The last track <是我 It’s Me> is a real stunner. It shows off Angela’s high vocal range; and is a truly great ending to a wonderful album. Angela is proud of herself for who she is, and shows this to all her fans and family. This album actually has a lot of input from Angela, who was able to pick what kind of songs she wanted in this album, and what kind of theme she wanted. Each single track in this album is a show stopper, and impresses me with her honesty in showing truly who she is while producing inspiring works for her fans. Well done Angela!