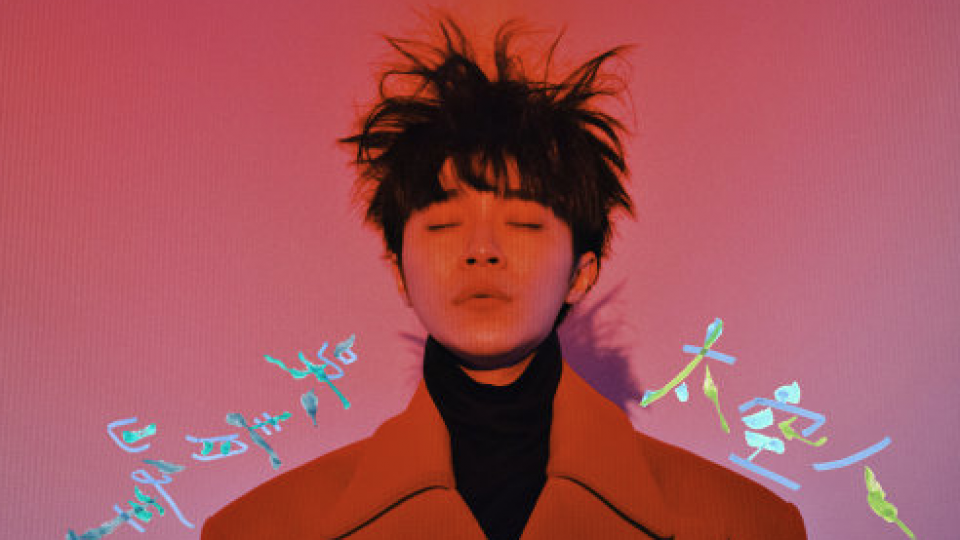 As the frontman of one of Taiwan’s most iconic bands of the 21st century, anticipation for the eventual solo album from Sodagreen 蘇打綠‘s  Wu Qing-feng 吳青峰 has been long anticipated. 2019 saw the wait finally come to an end as Mandopop’s most distinctive male vocalist released his debut album Spaceman 太空人. His capabilities as a singer, songwriter and performer are already undoubtedly world-class, but can his first solo record live up to his band’s reputation?

Entirely self-composed, Spaceman 太空人 is a collection of 12 songs written across a seventeen year period, offering an intensely personal insight into Wu’s thought process and development as a human being. Although well known for his writings both for his band and other notable acts, the lyrics featured here were considered too personal and precious to share. Spaceman is arranged to feel like a book; taking the listener on a fully formed story with a preface, story, character development and ending; exploring the real and the paradoxical through twelve intriguing chapters.

Opener Dream Translator 譯夢機 and closer Outsider act as bookends on the journey that Wu takes us on. On Dream Translator 譯夢機, simple synths give way to Wu’s ethereal vocals, which become increasingly layered to simulate the experience of falling into a trance. Characterized by curious electronic sound effects and broken words and phrases, the track exists as four separate dreams, running into each other incoherently as in the mind of someone troubled.

Outsider meanwhile acts as a conclusion to the story by introducing an actual story that the record is based on. This makes us ask; are these memories shared, or are they our own? Is space filled with all of us, or is it vacuous except for ourselves?

The Carnival in Babel 巴別塔慶典, which feels like an amalgamation of three different tracks, see’s Wu criticizing the human phenomena of superiority, mocking how ambition and vanity can be detrimental to understanding and showing selflessness towards others. The delivery of the lyrics flits between joyous and hysterical, perhaps vocalizing the ridiculousness of humanity.

The Echo Collector 回音收集員 is striking for many reasons, not least because Wu is accompanied by only percussion. The lyrics are a compilation of those found on the other songs on the record, giving listeners the impression that after falling into a state of sleep through the introduction, they have finally arrived inside Wu’s muddled mind. Although purposely sparse, the song feels vibrant and alive thanks to Wu’s distinct vocals. A xylophone solo adds to the tracks uniqueness.

Title track Spaceman太空人 is a masterclass in Mandopop balladry. An undeniably beautiful acoustic guitar-melody with vocals that make the hairs on the back of your neck stand, the song explores the ordinary yet extraordinary experience of unrequited love. The lyrics are so intricately written to explore love as being the entirety of space, and light from stars being lasting love. This track is nothing less than poetry.

There’s plenty of more commercial offerings on the record for those who may not be so taken with its more experimental sounds. Spaceship太空船  is delightful, evoking retro video game sounds to give it a truly playful feel. Whilst Influenza 傷風 is a storm of a song, gradually building up synths and increasing pressure until it all cascades into a hook abound, rock-driven, stadium-sized chorus.

The album has some truly beautiful moments, and it’s no surprise that it is on the record’s most sonically simple tracks that Wu’s voice and lyrics truly shine. Space 太空 is stunningly intimate, seeing Wu’s falsetto soar over a piano as he express the realistic contrast between the loneliness of the outer world and the hollowness of the inner world.  Storylines 線的記憶 meanwhile beautifully explores how lives intertwine and become entangled amongst each other, creating shared memories.

Whilst the weirdness on display on Spaceman is appreciated, it sometimes feels a little shoehorned in, not really adding anything to the song. Songs like Spaceman and Echo Collector gain nothing from their overly-long introductions. In a way, it would both complement the album more and improve the listening experience if they were instead separated as intervals.

Furthermore, the desire to be creative sometimes gets in the way of making good music.  Boy Zhuangzhi 男孩莊周 is a prime culprit. It has the potential to be a foot stomping pop-rock track which could sit among Sodagreen’s greatest songs, but is almost ruined by overly long musical interludes, a chorus which doesn’t appear until the track is halfway over, the insertion of prolonged moments which have nothing to do with the rest of the song, and Wu attempting to show the entirety of his range as if someone issued him a challenge.

We can’t review the record without paying home to the incredible displays of lyricism here. Whilst his reputation as a songwriter is well known, there is such a beautiful intricacy at play on the songs here that require multiple listens to truly appreciate the work put in to crafting such poetic and vivid imagery.

Spaceman straddles the line between pop and art. It is at times intensely creative and innovative; unafraid to challenge soundscapes, whilst at other times its a celebration of hook-laden, melody-driven pop music. The sheer attention to detail across the record allows for new revelations upon repeated listens.

Spaceman might not be the album Wu Qing Feng was born to make, but it’s an album he had to make. Releasing your debut record after already being one of Mandopop’s most iconic vocalists holds sky-high expectations, and the risk of not living up to them is entirely real. Here however, Wu has introduced himself as an entirely capable solo artist, without losing any of the elements that have made him so remarkably unique in the first place.