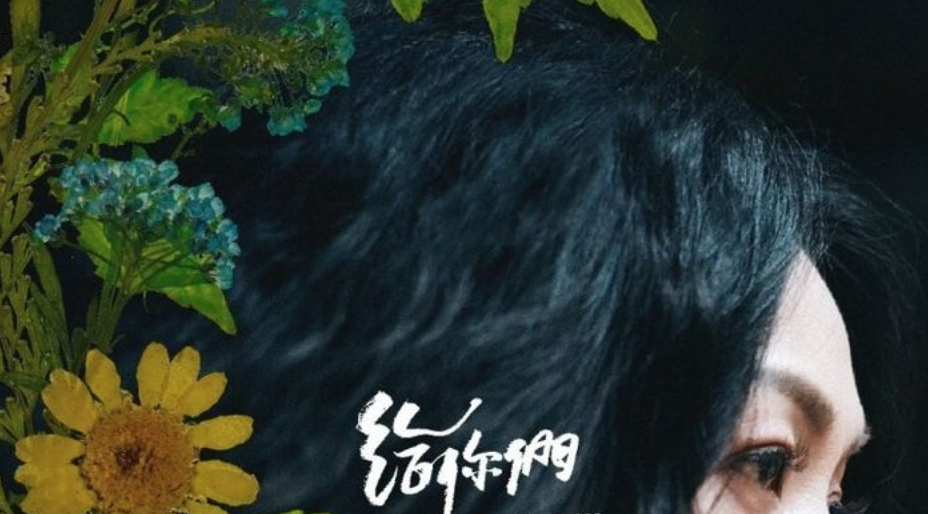 Way back in 1990 when she released debut record Time Goes On時間仍然繼續在走, the Mandopop world fell head over heels in love with Wan Fang 萬芳, and it is a love that has endured to this very day. Over her impressive 30-year career, whether it be through her 22 full-length albums or forays into theatre, television and film, she has established herself as one of Taiwan’s most beloved and recognizable performers.

Her first studio album in eight years,  Dear All 給你們 sees Wan Fang look back on her life and attempt to share with listeners what she has seen, heard and been influenced by. During the process, she said that she didn’t worry about the songs being on-trend or catchy, nor did she worry if the lyrics wouldn’t be easily accessible to the general public. She simply wants to share music that captures and has been deeply influenced by the experience of life. The result is a ten-track record that is essentially a collection of heartfelt handwritten letters filled with emotion, hope, and meaningful life-lessons.

Produced by the legendary Kay Huang 黃韻玲, Opening track “Time Ladder” sees Wan Fang narrate the mediocrity of human life, comparing it to a never ending spiral staircase which sees us slowly make our way towards the end with no respite as we try to capture memories that ultimately disappear. The song warns that we must not forget to cherish the people and moments that come in and out of our life.

A “Vacant Seat 阿峰今天沒有來 “ may be the record’s most sorrowful moment, and deals with the loss of Wan Fang’s best friend. A beautiful instrumental, the sorrow in her voice is palpable, with her vocals carrying a sense of helplessness and nostalgia as the song begins as a celebration of her friend’s life, and evolves into a heart-wrenching description of the space that the departed friend has left on hers.

A poignant companion piece is track is title track “For You 給你們”. Written by Dear Ex Director Mag Hsu徐誉庭, the track is a love letter to her sisters and a celebration of the shared experience of sisterhood, and perhaps the most beautiful moment on the record. Over a gentle melody led by piano and cello, Wan Fang describes vividly shared experiences between her sisters and herself that have left a lasting impression on her, and how her family members help her feel complete (Riding the slow for hour train, just for a weekend of warmth / Without you, I’m just a person that fears the weekend).

Indeed, there is beauty to be found in all corners of the record. Other album highlights include the poetic “What Will Carry You Away 什麼將把你帶走”, where over a simple acoustic guitar interspersed with cello, Wan Fang once again explores the topic of permanency. “Let’s Go Home 回家吧” is a quiet track that perfectly captures the feeling of homesickness, meanwhile “On That Winter Afternoon, I Loved You 在那個冬天的下午，我愛你” captures the feeling of pure adoration borne out of true love. “I’m Yours” is also deeply passionate, as she poetically asks her partner what she means to them.

Almost no singer can expect to be able to sing the way they did three decades ago, and indeed, Wan Fang’s voice has undergone a transformation. However, this arguably works in her favour; moreso than before, her voice is filled with an earnest emotional clarity, allowing the experience of life to be conveyed earnestly through every word sung. Across the record she is not just an impeccable orator through her lyrics, but through her delicate and heartfelt singing she is able to guide the listener emotionally also.

On first appearance, “For You 給你們” appears gentle and unassuming, with a sonic warmth that suits this colder time of year. Closer inspection of the record however reveals a record rich in lyrical detail and lived experience. What is perhaps most striking about the record is not just its beauty, but its sincerity. Even if the listener hasn’t experienced what Wan Fang is singing about, it feels as if songs are truly designed to help us begin processing these feelings now, so that we can confront these situations more confidently when they do rear their head.

Although it doesn’t challenge the ranks of her greatest albums, For You may be Wan Fang’s most tender and genuine record, and is rich in beauty and enhanced by the gravitas of a performer who has spent decades refining their craft. Released at a time when we are all facing troubles and uncertain times, For You is the equivalent of a hug from grandma – just what we need to make us feel better.