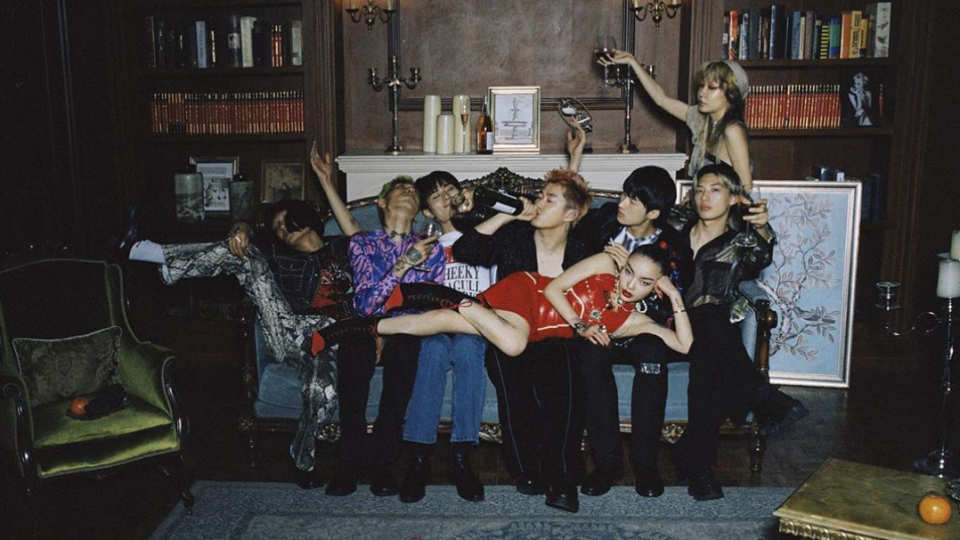 Following in the steps of projects such as LSD by Labrinth, Sia, and Diplo, Chinese rapper diva Vava has joined forces with Barong Family DJ Chace to release 5-song experimental rap/electronic EP ‘Vow‘. Other than a few choice examples (E.g. Abao/Dizparity on her album Kinakaian), longer-form intimate collaborations are far and few between in the Mandarin music industry where most collabs are limited to song-by-song projects before artists move on to the next thing.

This trend renders ‘Vow‘ an interesting work to unpick; both through the lens of its pioneer status and also the analysis of whether the body of work truly brings out the best in both artists; each well established and skilful in their own right.

In the short space of 12 minutes (the length of the EP), the project thematically provides an insight into Vava’s daily life, especially focusing on vices and obstacles that she faces, starting with the topic of facing isolation on ‘Can’t Commit‘, and ending with the trials and tribulations of love on ‘Man in a Ghost Town‘, lavished occasionally in between with Chace’s sleek vocals.

From the get-go, the EP is already starting to sound radically different to Vava’s usual stylings. Replacing her usual tough, extroverted spikes and spitfire raps with a lo-fi flow, Jazzy samples and self-reflective phrases, ‘Can’t Commit‘ sees Vava take on a more laidback approach to her vocal performance. Chace also makes his first appearance here, using his mellow vocals to add yet another layer of reflection to this introverted track on the topic of isolation.

Whilst in ‘Never Mind‘ we see Vava gain back a little of her fire (very fitting seeing as the song fights back against keyboard warriors), Chace adds different textures such as vocal samplings and sharp, raw snare beats that flesh out the song as more than just another lit track. Vava also plays with different flows and styles in her vocal delivery, marking several intermissions with a more laidback flow to give the song more movement, and ends the piece with spoken poetry where she coolly and clearly shuts down haters once and for all (I‘ve never cared about anyones thoughts on me/You can say whatever you want/You mean nothing to me).

Third song ‘The Weekend‘ starts us off with an irresistible bassline that proves sneakily versatile as Chace expertly layers on elements to split the song into three distinctly different vibes to go with Vava’s weekend routine. Sunny ambient layers filter through and Vava’s melody lines are sweet, girlish; before suddenly transitioning into a darker, grungy space as Vava’s alcohol levels rise. There’s an element of danger here that juxtaposes interestingly with Vava’s flex lyrics where she raps about a night out where the drinks are flowing. Then comes the third and final segment where sparse snare beats accompany Vava’s voice raspy amongst the vastness, a fleeting moment of self-reflection before the song comes to a close. One of the most striking pieces on the EP, but there is still something to be said for the particularly abrupt nature of the song which we’re still making up our mind about.

‘Paper Passion’ seems most in the vein of Vava’s previous works by way of her delivery, while ‘Man in a Ghost Town’ once again shows a lesser-seen side to the fierce rapper. Essentially a duet between herself and Chace, funky beats and soulful organs reflect Vava’s playful nature like never before, and her soft, raspy bars go just perfectly with Chace’s velveteen R&B vocals that reprise the chorus. An unconventional duet made even more unconventional by its performers’ history.

Although the themes in ‘Vow’ are not uncommon and certainly could be fleshed out more, I can appreciate how Vava’s increased element of self-reflection has made its way not only throughout her lyrics and her experimental deliveries, but through the skilful sleight of hand that was Chace’s productions. Incorporating textures previously unknown to Vava’s music, he encourages her and listeners to think and truly listen to the message they’re putting out. I began writing this wondering what ‘Vow‘ actually means, as it seems to have nothing much to do with the EP’s themes at all. But now I think it’s more of an attitude, a vow of self-discipline for these two artists to never stop innovating and to always keep asking more of themselves. And that’s something I can definitely get on board with.