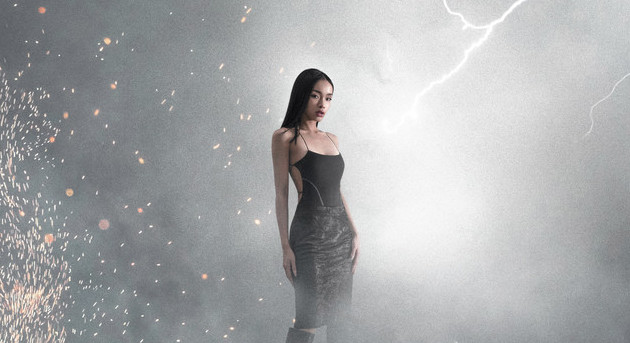 Changsha local, Lexie Liu 刘柏辛, is a relative newcomer to the western music scene, but she’s been making waves over in Asia since 2015 when she participated in K-pop Star 5, a South Korean TV competition. Ms. Liu also participated in 2018’s The Rap of China, which quickly catapulted her to even greater fame. Her work cannot be tied down to a single genre, style, or culture. Lexie Liu and her music are the product of 21st century globalism at its finest.

Spitting bars over psychedelic beats and R&B melodies, Lexie pushes her unique brandal of trap-pop-R&B-rap to its extremes in her latest album 无限意识 Meta Ego. Liu’s sophomore release moves away from the more aggressive rap style that defined her earlier work in songs like Coco Made Me Do It and explores themes of insecurity, home, and belonging. Overall, the album’s sound and feel are nothing radically new for Liu as the songs are similar to those in her 88rising EP, 2030. All that being said, 无限意识Meta Ego fits nicely into the pantheon of her work as she continues to develop and explore her own sound.

Deeply influenced by Lexie’s history moving between China, South Korea, and the United States, the album flexes Ms. Liu’s bilingual (English and Chinese) abilities on all 9 tracks. Intersectionality defines the album as songs rapidly zip between and overlay genres, languages, and motifs. While these shifts felt clumsy and forced at times in 2030, they seamlessly flow together in Meta Ego, creating genre-defying bops.

‘Manta’, the album’s first track, is an exquisite example of this intersectionality. Opening with a melodic synth riff, the song flows into a set of mixed Chinese-English rap verses before building into a pop-like chorus. Liu’s talent of building simple, yet catchy hooks shines through as she sings about the swagger-yet-insecurity of a multi-national lived experience. In rapping about “always changing locations” and feeling like a fish out of water, Liu, like the water on the manta, shines like a diamond. The song is underpinned by producer Kenn Wu’s signature semi-syncopated beats, rendering it a dance anthem.

Meta Ego’s 7th track, ‘健忘 Amnesia’, is another great example of Liu’s style. The mix of gentle R&B vocals resting on top of a stripped-down synth melody creates a distinctly modern yet nostalgic feel – playing perhaps with the tracks theme of memory. While sonically this is the simplest piece on the album, along with ‘Hide and Seek‘ it is her first concerted attempt at creating a ballad. Relatability oozes through her bars as she laments about being looked over, ghosted, or worse forgotten. A hallmark of her work, the song is also saturated with a subtle sensuality and breathlessness.

However, despite forays into more sensitive and thematically rich topics, a lack of lyrical depth is the album’s main shortcoming. Liu spends more time translating verses between languages than delving deeper into discussing the issues raised in each song. Liu herself has publicly recognised that is a weakness of hers and has committed to improving as a lyricist.

无限意识 Meta Ego is an important step forward for Liu as she develops her sound, however, the album becomes monotonous after a few tracks as Liu fails to transgress beyond the edges of her style to create novel listening experiences. She repackages are reformats the formula that made her famous 9 songs in a row, sounding redundant at points. To her credit, however, every song is good in its own right and she nearly perfects her trap-pop-R&B-rap song formula. It is also refreshing to hear slower, calmer, ballad style songs enter into her repertoire.

The fact that Lexie Liu is still developing as an artist, yet this album is a collection of 9 solid bops is a testament to her raw talent. With the songs on 无限意识 Meta Ego you can dance, cry, look within, or walk with swagger – the tracks should make solid playlist contributions for Chinese and English speaking listeners worldwide. The album as a whole has no narrative or arc, but Lexie Liu’s career does and she is on the up and up. This album is a collection of great (albeit very similar) singles that will continue to win her fans and push her career forward.

Author Dale MacLean is the founder of Mandarin Study Guide, a language learning blog dedicated to helping readers hack their lives and learn Chinese as efficiently as possible. Check out some of MSG’s free lessons on learning Chinese through popular music here. You can catch Dale searching for the best ramen in NYC during his free time or posting about his other interests on Pinterest or Reddit.