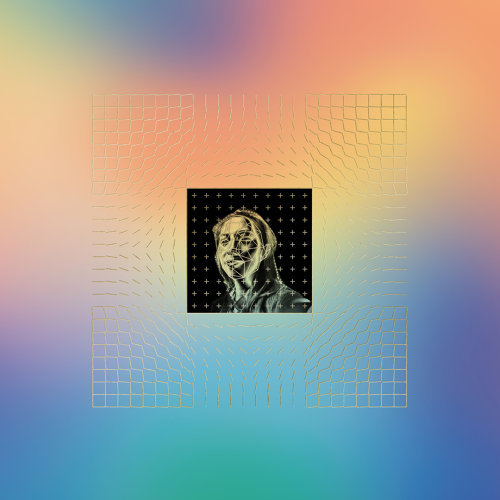 The last time we heard from Taiwanese-Canadian singer-songwriter Anie Fann 范安婷 was when she released her first full-length album “Can You or Can You Not Understand My Mandarin我的國語 你聽不聽得懂” in 2017; a folksy, acoustic album which combined her insightful whimsy with the mellow sounds of renowned guitarist Eiji Kadota門田英司. This time, Fann has returned to her electropop roots on new album “Artemis 1889 亞底米1889” where she explores the intersection between technology and modern society.

Inspired by new formats such as “Black Mirror” as well as current affairs observed from the news, Fann steps out of Mandopop’s comfort zone to deliver a solid pop record that solidifies her sound whilst skilfully delivering researched critiques and questions on how technology has shaped the way we live that get under our skin and make us do the same. With skits in between songs that situate the listener on a plane in a futuristic time ready to take a commercial jet “Artemis 1889” to the moon, Fann’s album takes off with first single “換 Switcheroo”.

An eclectic mix of Spanish-inspired percussive rhythms and an eerie whistle which soon transition into carefully chosen electronic clicks and whirrs that mimic a machine coming to life; a dance between human input and technological advancement. Switching back and forth with no rhyme or rhythm, the song creates an atmosphere of futuristic uncertainty upon which Anie paints a picture of a reality where everything about you can be manipulated, from head to toe. She sings: “You can become anyone/Just depends on how focused you are when you shoot” in dissonant tones, referring to the topic of deepfakes and raising questions about the definition of authenticity and identity. For how can one be sure which qualities uniquely make you YOU, when technology makes much of our lives available for all to see?

“Blue Hair Blonde-Eyed 藍髮金眼” continues discussing the topic of manipulation, featuring a playful melody that plays out against a backdrop of fluorescent chimes, beat samples and reverb-y backing vocals that remind me of a game or app. While a little more light-hearted than the first, there seems to be a sense of preciseness throughout the song from the staccato verses and the nip-tuck content of the lyrics, which describe an arms-length relationship between a human and a virtual lover. Relationships are hard work. And when they fail, technology is sometimes what we turn to when picking ourselves up. As Anie succinctly puts it, “Blue hair gold eyes/Set it all wrong/But at least I won’t be scared/That no one loves me”. Technology often becomes our pillow and cushions our fall. But does it make us too comfortable to form real human relationships?

While most of the song topics were derived from current affairs, Anie nevertheless finds a way to put her own spin on the topic as well. This is most evident on third track “Human(ly)真人”. Starting off with a dissonant, echoing midi hook, Fann sings a dramatic melody line full of mystique and perhaps a little danger. While overall the song is about an A.I. robot who is almost indistinguishable from a human, it’s interesting that Fann chose to paint a picture of a female A.I., describing her as a male’s unattainable ideal. “Big big eyes/You don’t need love/You need red wine/To maintain your figure/That smile is trained/It doesn’t need to change/Fresh vanilla/You’re a summers’ day”. An A.I. whose future is written in code and held to the standards of a male gaze shows a twist in Anie’s critique on technology and how it intersects with femininity. For if we live in a patriarchy where women are expected to live by male-constructed standards, won’t our futures also be written in code, just like the robot’s?

Although most of the album is made up of electronic/pop combinations, ‘Strawberry Cake 草莓蛋糕” is an outlier that explores the topic of social media. Written from a personal perspective, the peppy acoustic track sees Anie’s tongue-in-cheek, blunt sense of humour come through as she juxtaposes the mundaneness of her daily life against the framed reality of social media in all its forms; from taking pictures of strawberry shortcakes, to posting photoshopped figments of reality. By drawing on her personal experiences, Fann’s realness enables listeners to step past kneejerk defensiveness to reflect on their own social media habits. Sweet but with a sassy twist in the lyrics, Anie’s sonorous voice is a pleasure to listen to on this hilarious track.  As they say, a spoonful of sugar makes the medicine go down, no?

The best records to me are the ones that pose questions; not proffer that they have all the answers. Because who does, right? But what artists and songwriters are great at; is delivering alternative perspectives that make people question the reality they live in; and think creatively about how they can make it one that’s one step closer to one they would like to live in.

“Artemis 1889” is one such record. Fann uses pop as a medium to extend an olive branch to listeners; inviting them to join her in this almost otherworldly musical dimension where judgement is reserved and questions flow free; where we have the chance to make the world a better place if we’d just listen. If only that were the case in real life, but I’d count this as a win for the Mandarin music industry where such discussions on current affairs in music are still few and far between.

One of my musical highlights of 2020, “Artemis 1889” is a gem that turns our confusing relationship with technology into digestible dinnertime conversation. It tells us that change is often hard, but we don’t have to take it lying down.