Over her fifteen year career, the multi-talented Taiwanese singer-songwriter ABAO 阿爆 has earned a reputation for being one of Taiwan’s most important cultural ambassadors; crossing boundaries to create a shared sense of pride and appreciation for the country’s Indigenous cultures, especially that of her native Paiwan Indigenous group (排灣族). She has achieved this not just through the sheer charisma and personality which she exudes, but also by combining traditional stories with innovative soundscapes, allowing Indigenous culture to be brought into the contemporary world whilst not losing its uniqueness.

Inspired by her mother who told her that she had to improve her Paiwan language skills, Kinakaian 母親的舌頭 which translates as mother tongue, is an album aimed at bringing down the linguistic barriers that separate us, singing in Paiwan, Amis, Taiwanese, Mandarin and English to educate about Taiwan’s Indigenous cultures. Furthermore, the album reaches out to Indigenous youth who may feel disconnected from their heritage, reminding them to be proud of their roots. To achieve this ABAO brought in atmospheric DJ and producer Dizparity as well as Oberka (Dark Paradise Records) to create a diverse and vibrant musical soundscape to accompany her rich cultural energy.

ABAO takes her role as cultural ambassador seriously, and uses many tracks on the record as learning moments to deepen the listeners’ understanding of Paiwan culture. On 1-10, over a tropical hip-hop beat combined with a traditional Paiwan prayer, we not only learn how to count in the Paiwan language, but are also invited to take a peek at Paiwan life. The song connects each number to a unique aspect of the Paiwan people’s daily life, truly conveying the joys of growing up in the Indigenous family home.

Elsewhere on the record, ABAO gives us insights into difficulties faced by Indigenous people. Album opener Mainu Sun 找路 shines a light on the conflicts between traditional backgrounds and contemporary realities as they move to urban centres for career opportunities; whilst Pavalidan 還錢 handles the sensitive yet prevalent issue of alcoholism in Indigenous communities.

One of the album’s many highlights is Paiwan-Taiwanese language cultural crossover Tjakudain 無奈 featuring DJ Didilong 李英宏. The song is based on a traditional Paiwan folk tale which tells the story of two lovers kept apart because of their ethnic and cultural differences. ABAO’s sultry vocals and DJ Didilong’s impressive delivery work in expert harmony to bring this traditional tale to life in contemporary Taiwan over an irresistible R&B beat. Another song which touches on a similar topic is Kalipang 不能亂愛, which uses drum n’ bass to further explore the wants of young Paiwan women and how they contrast with the values of their elders.

The record’s only ballad Thank You 感謝 (which in the Paiwan language is malji malji masalu) captures the heart, soul and positive spirit of the Paiwan people. Featuring ABAO’s former bandmate Brandy and an Indigenous youth choir, ABAO exudes joy as she gives thanks to the community for empowering and appreciating her. An exhilarating feel-good shot of happiness, ABAO makes outsiders feel welcome in her community, and earnestly exudes the warmth of the Paiwan people in each and every word. It also highlights that when the world is a kinder and more respectful place, it becomes easier to feel joy.

The album is also filled with up-tempo moments that wouldn’t fail in filling a dancefloor. Minetjus 嚇一跳  – a warning against overindulging on grandma’s food – has an unrelenting chorus, whilst Uduli 跳一波 is a hook-laden three minute pop song extraordinaire which sounds like a Eurovision Song Contest entry from a Balkan state.

Personal highlight is album closer Kinakaian 母親的舌頭, a house-inspired dance track where ABAO’s ethereal vocals praise the beauty of her mother-tongue as the song gradually builds up momentum over its five minutes before cascading into violins for its conclusion.

Kinakaian 母親的舌頭 is a culturally pioneering record. It’s a musical embodiment of Taiwan’s diversity and a celebration of Indigenous peoples and their rich, varied cultures. Most importantly it moulds and merges their languages and traditions with the sounds, styles and topics of contemporary music; showing that Indigenous culture isn’t just a traditional treasure, but one that has a place firmly in the centre of contemporary Taiwanese culture.

Yet the record’s success isn’t limited to its success as a cultural tool: Without doubt it’s a fantastically diverse and impeccably produced collection of songs, thematically solid, yet fluent in its exploration of different sections of the musical spectrum. On this album, ABAO confidently leads the listener on a musical journey which breaks down boundaries and celebrates the simple joys in life.

On Kinakaian 母親的舌頭, ABAO’s passion, sincerity and musicality come together to deliver a unique listening experience truly unlike any other in Taiwan’s -or we daresay the world’s- music scene. For this pioneering and poignant contribution that crosses cultural borders, there’s only one thing left to say to ABAO: malji malji masalu.

Interview with Abao 阿爆 – Preserving Culture Out Of Turn 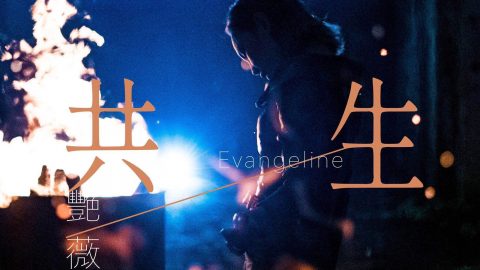