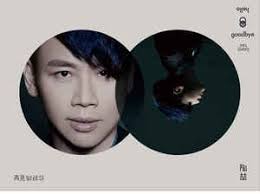 David Tao’s most recent album is a little different from what he usually releases; it’s a little messier, a little more stripped down, a little more honest.  But who’s to say messiness is bad? Life is messy, and Tao’s album “Hello and Goodbye 再见你好吗” is a reflection of this. As many fans know, it took him a while to get this album out; in his introductory note to his album he even stated that he had trouble making the songs fit; a verse being not good enough, not being able to find the right chorus etc.  So I think that I can feel how some of the songs are in a way less polished and hard-hitting as Tao’s other works. But that may not be a bad thing! The imperfections of this album are what make it so loveable and perfect in my eyes. Even more obvious than the flaws of this album are the genuine honesty and love that Tao put into this, using his skill, his wit, his raw emotion as the glue to put the pieces of the puzzle together.The five years that Tao disappeared from the scene for may seem uneventful to fans, but was a road of ups and downs for Tao, with one of the most notable points being the death of his father during this period. I think this was one of the events that lent a sense of melancholiness and reflection to Tao’s album, emotions that he had not gone into too much detail to introduce in his previous albums.  These emotions are further embedded in the album by David’s use of the nylon guitar as his main instrument throughout the album, impressively showing off its versatility by showcasing it in his range of genre-bending pieces within this album, infusing soft rock, country, folk and his signature RnB.

The concept of “Hello and Goodbye” is represented throughout the album, but most strongly within these two songs. Tao looks at the rapidity with which time passes between a ‘hello’ and a ‘goodbye’; it could be quick, a meeting between friends passing on the street, an interrupted conclusion to a relationship between lovers; when it feels like time to say goodbye, as well as everything else that happens in between. Tao opens his life to us like a storybook in this album; as if having a conversation with each of us about his life, his thoughts and his ideas.

<匆忘我 Hasty Ecstasy> and <一念之間 An Idea>, the two opening tracks to the album for me are the core of this album, a starting point for the rest of the album to launch off. A stripped down, melancholy start to the album, <匆忘我 Hasty Ecstasy> incorporates impressively the technique of yodelling in a way that adds to the depth of longing and sadness felt at saying goodbye. Usually used in a humorous context  (ie. JAY CHOU 周杰倫), Tao brings the real meaning of this vocal technique back by using it as a symbol of the call-and-return; a reminder of a person that echoes and resonates in ones’ mind, a reminder to not forget. In <一念之 間 An Idea>, Tao teams up again with lyricist Wawa to create a song with distinct traditional influences in the melody line, a folk-rock atmosphere and beautiful lyrics that serve to sum up the album concept.

Two very interesting songs on this album go hand-in-hand; and these two are his duets with singer CROWD LU 盧廣仲 in < 鬥陣兄弟 Coincidence Brothers> and <那個女孩 That Girl>. Although both have distinctively different musical influences; < 鬥陣兄弟 弟 Coincidence Brothers> with mainly a percussion arrangement including cowbells and bongo drums and <那個 女孩 That Girl> featuring a distinct jazz influences as well as a crooning singing style. Each song tells a story, <斗阵兄弟 Coincidence Brothers> is a story about two brothers that have always got each others’ backs while <那個 女孩 That Girl> is a story about two friends chasing after the same girl.  However, both these songs together also form a very complete story, first establishing their friendship as context for <那個 女孩 That Girl>. I especially loved the creativity of the lyrics for <那個 女孩 That Girl>, which had the flow and continuity of an actual conversation between friends, once again referring back to this concept of “Hello and Goodbye”.  If you take note of what Crowd and David are singing, especially in their sections improvising off each other, their little agreements echoing each other, or comments really give this song a fun and humorous dimension that I really enjoyed.

My favourite song on this album however, was the duet between Tao, the godfather of Rock and RnB and guitar goddess TANYA CHUA 蔡健雅, <真愛等一下 Birds Of A Feather> which I feel was a match made in heaven on all levels.  The song lyrics are based on both Tao and Chua’s personal lives, making it even more unique to both singers. Furthermore, the sultry grit of Tanya’s voice against the smooth slick resonance of Tao’s makes for an amazing combination. This song incorporates influences from both Tanya and David’s signature music styles, her riffs, her vocal style and his RnB with his own singing style. To me this is what a true duet is and this song made me understand why there are so many duets within Tao’s album. The whole album is based on the idea of a conversation, and you can’t exactly have a conversation with yourself!  The insanely catchy riffs and the juicy dissonance of the harmonies as well as the real emotion that Tao and Chua put into this song makes it a work of art.

Tao’s duet with disciple SHARON KWAN 關詩敏 <好好說再見 Properly Say Goodbye> seems to be just the quintessential duet between two lovers fated to part, but when Tao is involved, you know its never going to be that simple. Tao said in an interview that he had problems reworking the song into a duet for himself and Sharon, and I can feel somehow that the song is disjointed, but this feeling of something being left unfinished, I realised, was instead due to the depth of emotion lent to the song which is all about trying to say goodbye, to find a conclusion somehow; but there really is no way to say goodbye cleanly no matter how hard one tries. The pure, clean quality of Sharon’s voice works well to create a very crisp atmosphere to the song that balances well against the warmth and heartache in Tao’s voice, creating a song that a bittersweet duet of duets.

Tao returns to a style most fans will recognise in his second duet with SHARON KWAN 關詩敏, <All For Joy>, which although catchy and well done, I find that Sharon’s voice ended up feeling more like a backing vocalist rather than a duet between two people, and was a little lost on me. But in songs such as <因為愛Just Love> and <小小的你 You’re My Everything> where he has more room to improvise, it brought out the funner side of the album a lot more with cute vocal hooks and inspirational lyrics.

<The Promise> is also one of my favourite songs on this album, bringing back Tao’s prowess in the Rock genre combined with elements of nylon guitar.  The lyrics are honest and touching, motivating each of us when we have been knocked down or have made mistakes. A song with a lot of heart definitely.

On this album, Tao has certainly not disappointed with a wonderful and complete album concept, great songs and great lyrics that had me listening over and over and over (and over). My only qualm was that I wished that he could have had a few more solo works on the album, but overall Tao has lived up o his previous standard and this is an album I’ve really enjoyed.